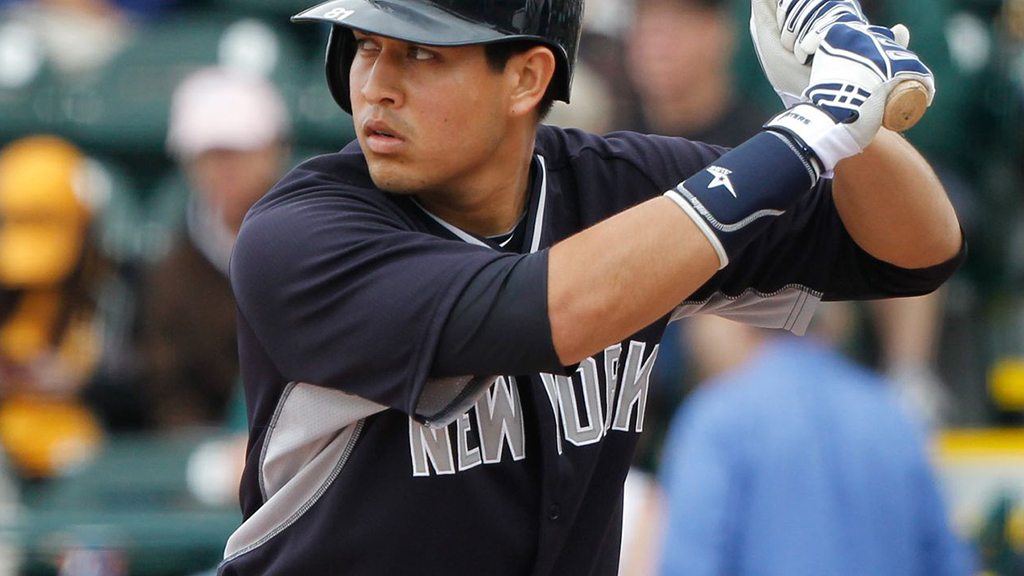 There have always been debates as far as this friendly native of Barinas, Venezuela, is concerned.

A left-handed swinger, Flores made an eye-catching debut for Double-A Trenton in the 2012 Eastern League Playoffs, going 2-for-5 and hitting a long home run in his second at-bat.

That paved the way for his 2013 season with the Thunder, in which he started slowly as the club’s leadoff hitter, tinkered a bit with his swing, and finished strong to record a .260 (139-for-534) average with 25 doubles, six triples, six home runs and 55 RBIs.

He anchored center field in Trenton, and showed ability to run down balls in the gap. Overall, he played competently at all three outfield positions and struck out just 98 times.

“I just try to get better every day,’’ said Flores. “I want to keep improving and moving up. I know I have a lot to offer, and I know what I have to work on.’’

The question is, will power, which is always the last tool to come, develop, or will Flores be, at best, “a fourth outfielder.’’

While an ankle injury limited him to just 63 games at Triple-A Scranton in 2014, essentially curtailing both his season and development – he batted just .247 (58-for-235) with 17 doubles, four triples and seven homers, with a not-bad OPS of .782 – the questions remained.

Had a healthy Flores played a full season in 2014, 30 doubles and 15 home runs at Scranton would not have been out of the question.

Needing at-bats, Flores joined the Aragua club in the Venezuelan Winter League, where he has been one if the top performers in the circuit. He is presently third in the league in batting at .347 (68-for-196) with five homers and 29 RBIs and an OPS of .940.

If, by some chance, he duplicates those figures in sprung training, he could catch on as a reserve outfielder for the Yankees. Chances are, however, he will start back at Scranton and await a call.

And the debate of his ceiling will no doubt continue.