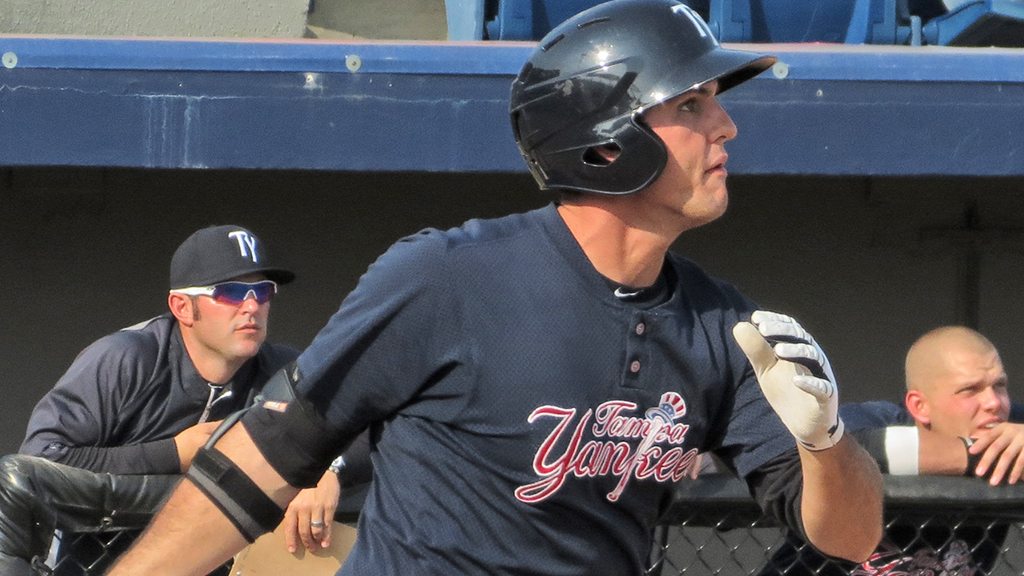 It seemed like, until Bird hit .313 (31-for-99) in the 2014 Arizona Fall League, leading the circuit with six home runs and 21 RBIs, earning MVP honors, he didn’t get much love from prospect lovers.

After that performance, he is recognized as a future Yankees stalwart, perhaps succeeding Mark Teixeira as the club’s first baseman.

“That’s the goal,’’ said the personable, a 22-year-old native of Aurora, Colo., a fifth-round section in the 2011 draft. “I know what work I have to do to get there, starting with getting better everyday.

“I really needed the Arizona Fall League, to make up for the bats I missed because of my back early in the (2014) season.’’

What makes Bird, who bats from the left side, but throws right, such a threat at the plate is his advanced approach. He has excellent pitch recognition and will take what he is given.

“If you can differentiate and get the good pitch most of your at-bats, both the hits and home runs will come,’’ he said. “I also have no issue with taking a walk.’’

Yet another former catcher, Bird has developed into a legitimate first-base prospect. His defense is a bit better than average, his lone drawback a lack of speed.

With his plate control, and Yankee Stadium’s short right-field porch, Bird, if he pulls the ball just a bit more, could easily approach 20 home runs in the majors.

Since he only played 27 games at Trenton in 2014, it would not surprise if he started the 2015 season with the Thunder, with a promotion a few weeks in to Triple-A Scranton.

Bird seems right on target to arrive in The Bronx in 2016.