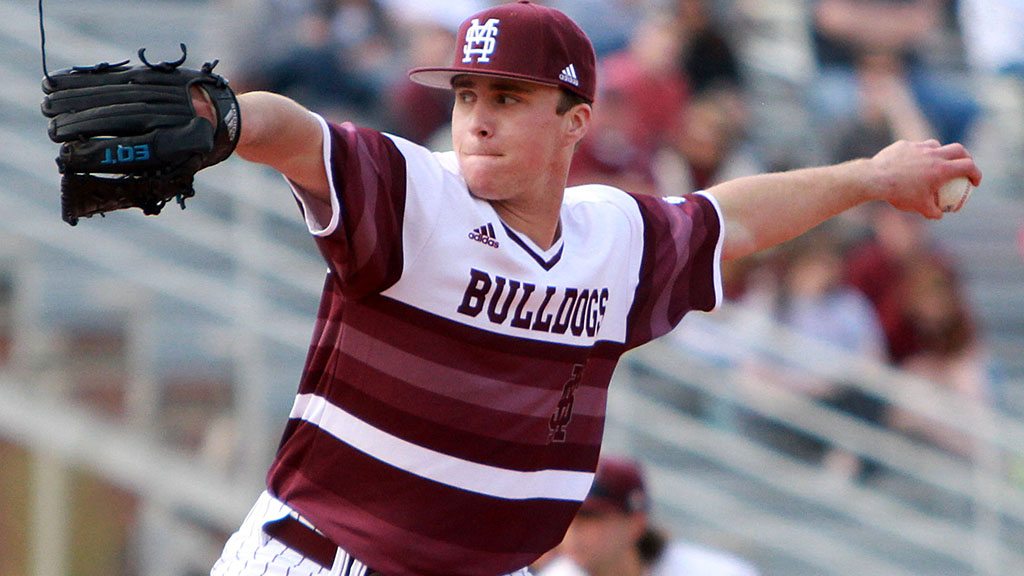 Yankees 2014 second round draft pick Jacob Lindgren went from college to Double-A this past season.

The top Yankees draft pick of 2014 – in the second round – Lindgren, a lefty with excellent stuff, showed first-round talent in the Yankees system in 2014.

He was criticized for walking nine batters in 12 innings at Trenton, but the 21-year-old, who will turn 22 in spring training, was tired late in the season, having thrown 80 innings between Mississippi State and four stops in the Yankees system.

Lindgren features a fastball that sits at 92-94 and has movement and sink, but his out pitch is a power slider that comes home at 84-86. He threw a changeup and curve as a starter, but those pitches were left in the Cape Cod League in 2013.

There were comments by some asking why the 5-foot-11, 180-pound Lindgren did not get a September call-up. He simply was not ready.

“I just want to keep getting better at each level I pitch at,’’ Lindgren said at the end of the 2014 season. “I know where I want to get to, and I know I will.’’

Lindgren averaged 16.3 strikeouts per nine innings at Mississippi State, and had a strikeout/walk ratio of 48-13 to go along with a 2-1, 2.16 mark in 19 relief appearances.

He did easily take care of batters in the Gulf Coast League, South Atlantic League and Florida State League before finding a bigger challenge in the Double-A Eastern League. Lindgren averaged 17.3 strikeouts per nine innings as a professional.

There is little doubt he has the ability to pitch high-pressure innings, and it would not surprise if he is doing just that in The Bronx by mid-2015. The Yankees added a few power arms in the off-season, and he would fit right in.

He likely will start the season at Triple-A Scranton, where a tweak or two in his control will quickly get him ready for major-league innings.