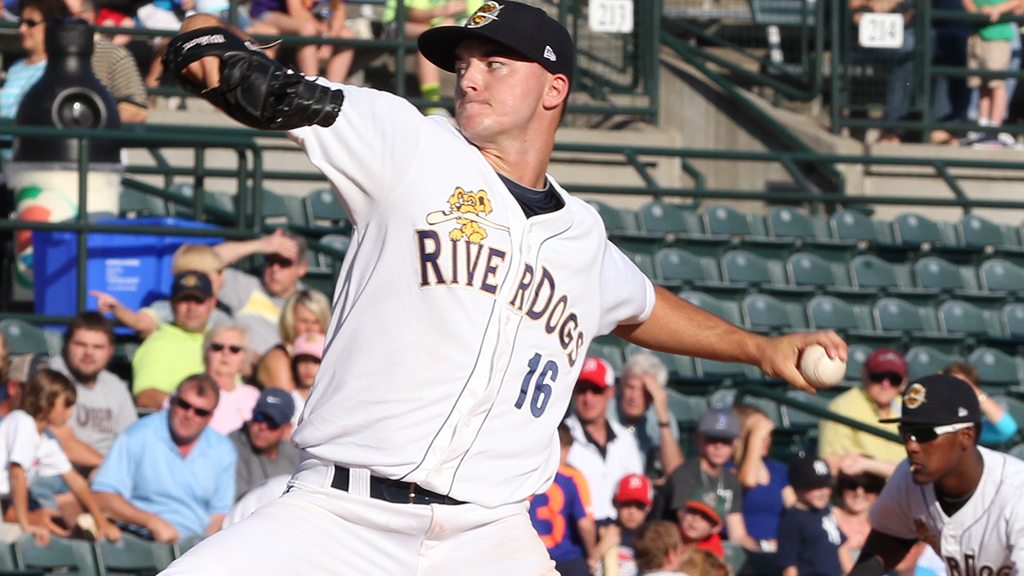 With the Yankees second-first round draft pick in 2013 they took young left-handed pitcher Ian Clarkin. Clarkin who signed for $1,650,100 then went to Tampa to start his professional career with the Gulf Coast League Yankees. Though he had just limited time with the GCL Yankees due to an ankle injury that happened when he slipped on a baseball he started 3 games, throwing five innings.

After spending sometime in Extended Spring Training, Clarkin was promoted to the Charleston RiverDogs of the South Atlantic League where in 16 games, 15 starts, he had a 3.21 ERA striking out 71 in 70 innings pitched. His strong performance earned him a 1-game promotion to the Florida State League where he tossed 5 innings for the Tampa Yankees, striking out 4 and walking 1.

Clarkin is a four-pitch pitcher with a fastball that sits 90-92 miles per hour that can get a couple extra MPH at times, a plus changeup, a 70-72mph curveball and a cutter that was added this season. Overall he still needs some work on his control but has the makings of a solid middle-of-the-rotation starting pitcher for the Yankees.

Ian Clarkin is slated to start the 2015 season with the Tampa Yankees where he will join Domingo German.