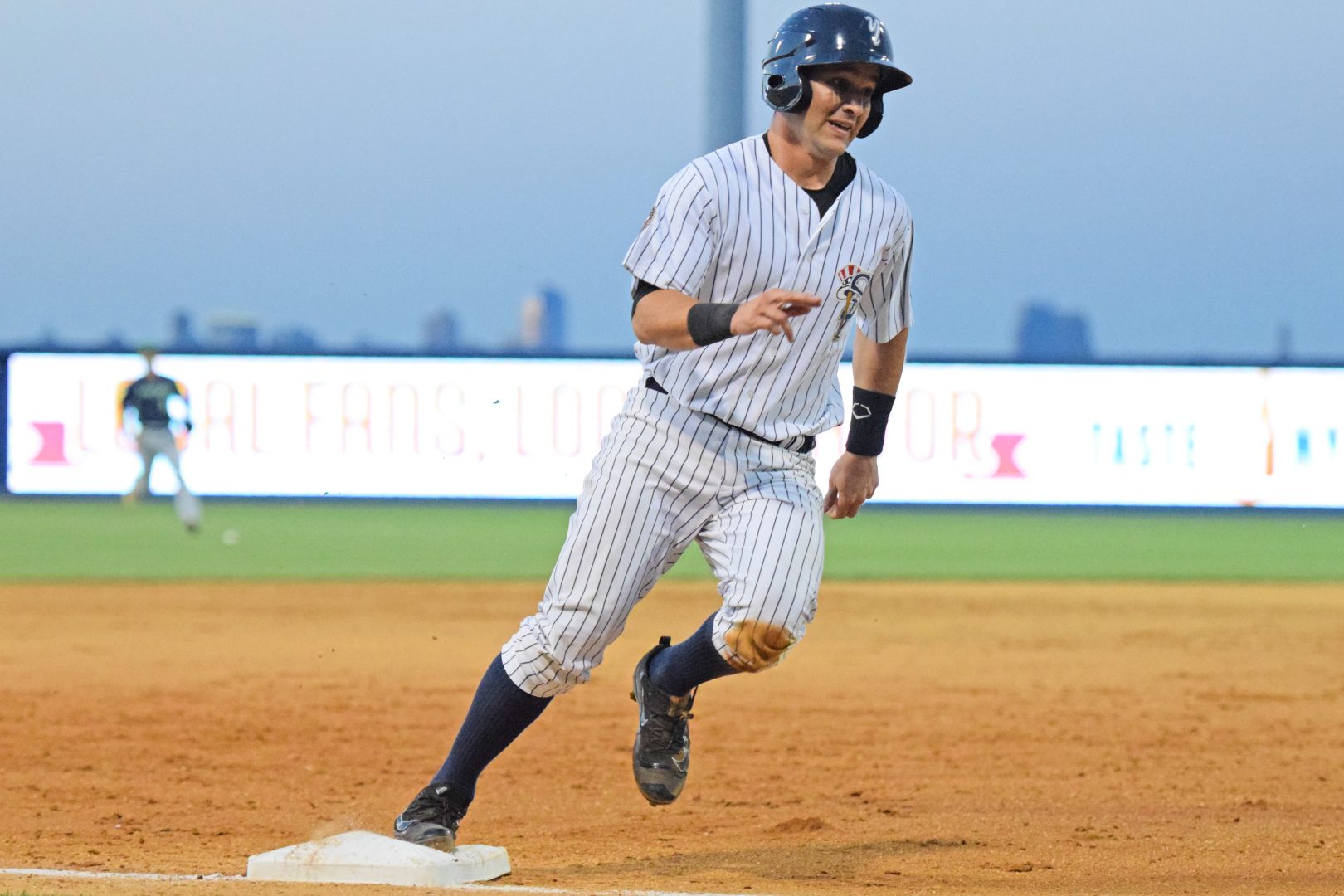 Luis Torrens has been one of the top performers for the Staten Island Yankees (Robert M. Pimpsner)

Luis Torrens, the #11 prospect in the Yankees system onto MLB.com’s top 30 list, has been promoted to the Low-A Charleston River Dogs following Sunday’s game in Staten Island.

Signed as a 16-year-old out of Venezuela in 2012, Torrens previously played at Charleston for a brief stint in 2014 and was a New York-Penn League All-Star for the Staten Island Yankees that season, batting .256 with a .714 OPS.

Torrens missed the entire 2015 season, after undergoing shoulder surgery to repair a torn labrum. He returned to action with Staten Island this summer and hit .311/.360/.400 in 45 at-bats with the club and continued to display a plus throwing arm.

Torrens’s promotion to Charleston comes one week after his Staten Island teammate Mandy Alvarez earned a call-up of own following a strong start at the plate. The Charleston River Dogs return to action on Tuesday at home against the Rome Braves.