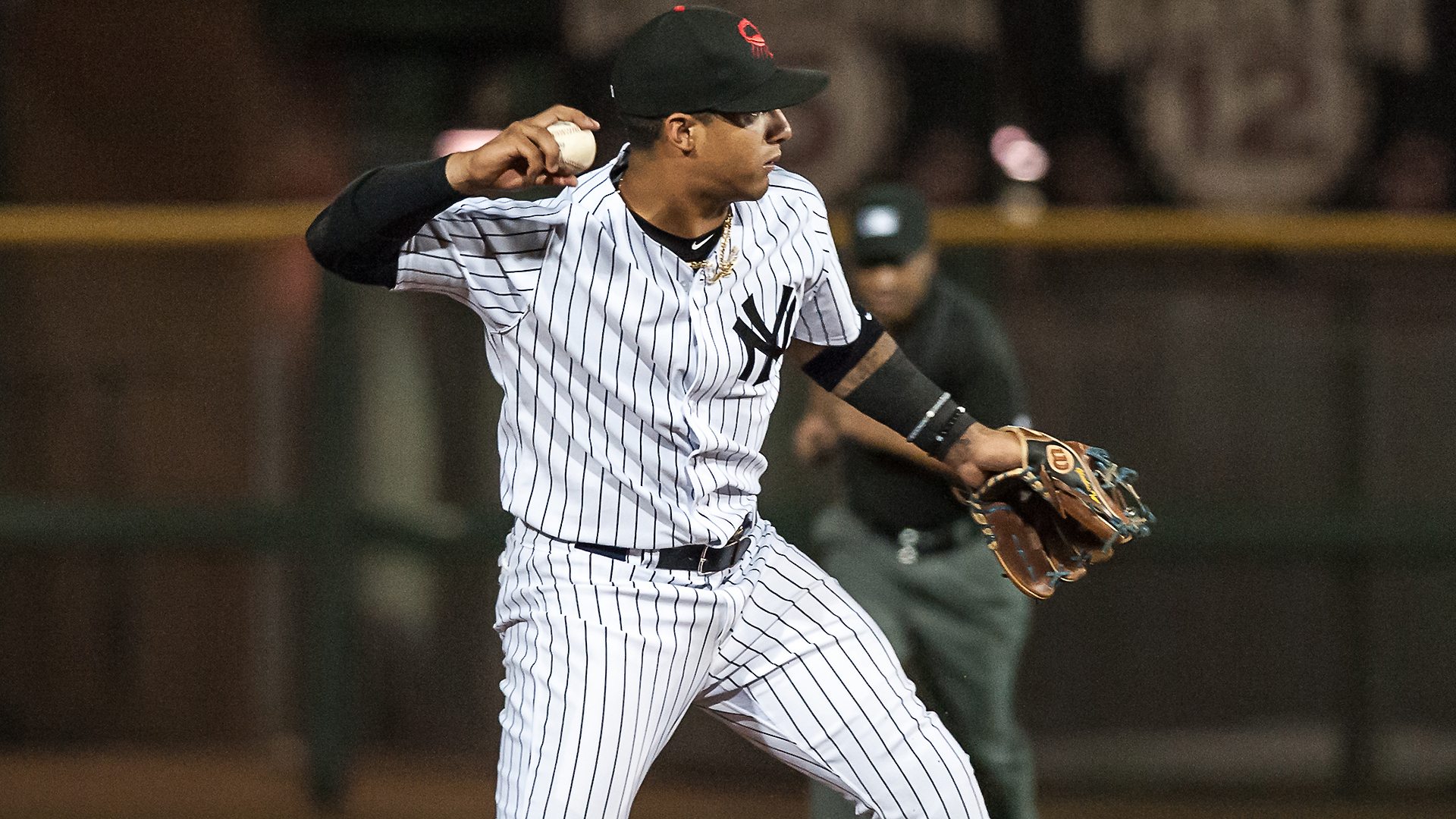 Today ESPN’s Keith Law released his Top 10 Yankees prospect list naming shortstop Gleyber Torres the Bombers number one prospect coming into the 2017 season.  Behind him at number two was outfielder Blake Rutherford while Clint Frazier came in at number three.

Right-handed pitcher James Kaprielian was ranked as the number four prospect in the system while outfielder Aaron Judge moved to number five on the list.  Justus Sheffield was named the Yankees sixth best prospect while at numbers seven and eight were shortstops Jorge Mateo and Tyler Wade respectfully.

Chance Adams came in as the number nine prospect on Law’s list while at number ten was Miguel Andujar.

The top six Yankees prospect all made Laws Top 100 list.  Our Yankees Top 50 Prospects list will be revealed next week on February 8, 2017.  Stay tuned.