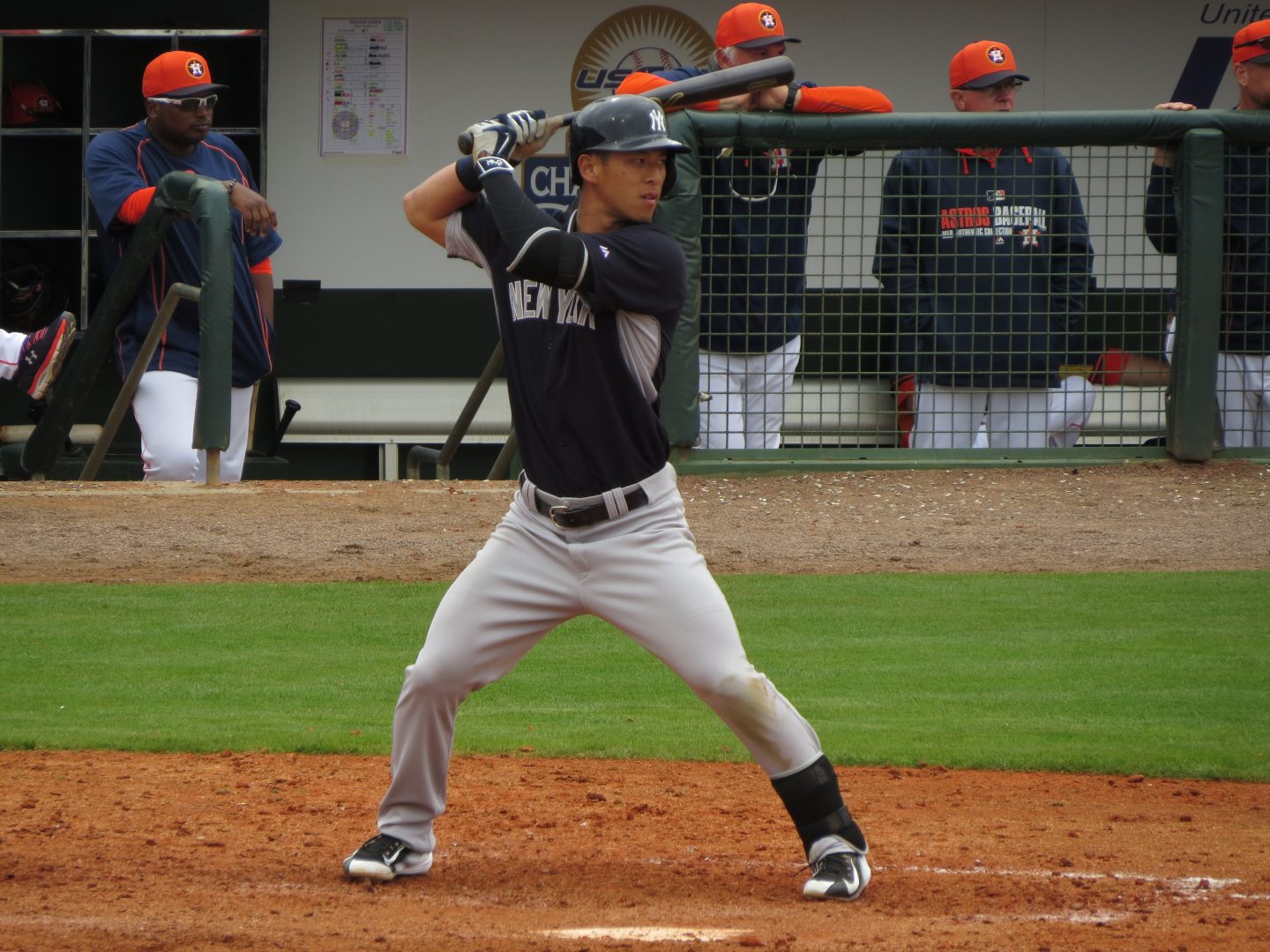 With the acquisition of Starlin Castro, it is time for the Yankees to trade Rob Refsnyder.

Rob Refsnyder had a good run, especially with some fans, but it is time for him to go.

It is time for the Yankees to package the 24-year-old (he will turn 25 next March 26) in a deal for a needed piece. He is not going to be of much use in The Bronx with Starlin Castro as the regular second baseman and Dustin Ackley a strong infield backup.

Refsnyder, who was originally an outfielder, is not at the level of Mason Williams or Slade Heathcott as far as athletic ability there, and he has nowhere the power and outfield sense of Aaron Judge. He can return to Triple-A ScrantonWilkes-Barre in 2016, but why?

Attempting to make a player with a decent bat into a offense-first second baseman who is not totally suited to the positiion is a noble experiment. The Florida Marlins and Atlanta Braves did it with Dan Uggla a several years ago. It worked to a degree with him.

The Yankees did the same with Refsnyder, especially after the club did not re-sign Robinson Cano after the 2013 season, hoping he would be able to take over the position in late 2015 or 2016. Stephen Drew was nothing but a fill-in last season, but Refsnyder never improved his  play the position to where he would earn the trust 0f the organization.

To be honest, we were never as high on Refsnyder, a fifth-round pick in the 2012 draft by the Yankees out of the University of Arizona, as some others. The opinion was formed during the 2014 season.

The legend of Rob Refsnyder was born that year, as he hit .342 (78-for-228) in 60 games with the Double-A Trenton Thunder. That offensive number rightfully excited a lot of fans, who began to see Refsnyder as  an eventual home-grown replacement for Cano.

“Rob got really comfortable at the plate that season,” said Pulaski manager Tony Franklin, who piloted the Thunder for eight years and three Eastern League championships before being asked to provide veteran leadership for younger players at Pulaski last season. “It was really great to see.”

That was the positive side of Refsnyder’s 2014 season at Trenton. Unfortunately there was another side to his game as well. His defense hardly kept up with his offense. The Yankees had greatly increased the number of shifts they were teaching to infielders in the minors – as they installed the same shifts with the big-league club – and Refsnyder didn’t really adapt to them well.

Yet, the comfort level was not there, and the trade was made for Castro, who is only a year older than Refsnyder and has already played in 891 big-league games.

The Yankees tried to make Refsnyder into a serviceable second baseman, The experiment was not successful. It is time to give him a new start in another organization.