TRANSACTIONS: Lefty Slugger Bridges Gets Call Up to Charleston 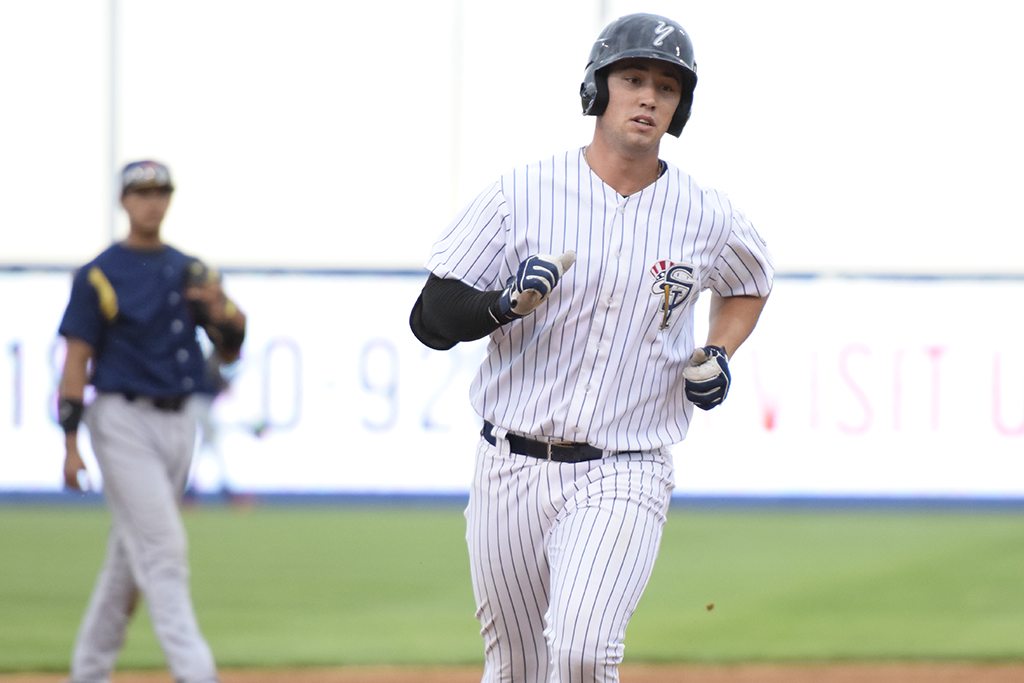 COLUMBIA, SC – The New York Yankees have announced that IF Drew Bridges has been called up to Class-A Charleston after beginning the season in Extended Spring Training in Tampa. In an accompanying move, IF Kyle Holder has been placed on the 7-day disabled list (retroactive to April 16) to make room for Bridges.

Originally a 20th round pick by the Yankees in 2013 out of Carthage High School in Missouri, Bridges joins the RiverDogs after spending last season in Short Season Single-A with the Staten Island Yankees. With the Baby Bombers in 2015, Bridges posted a .222/.329/.402 line while slugging five home runs with 29 RBI in 52 games.

The 21-year-old lefty bat spent his first two pro seasons from 2013-14 in the Gulf Coast League where he hit a combined .203 with six homers and 38 RBI at the rookie ball level.

Bridges has spent his pro career as a corner infielder, appearing in 106 of his 117 career games as a third baseman.

Bridges joins Charleston’s roster as they begin a three-game series with the Columbia Fireflies on the road starting at 7:05pm on Monday night. The RiverDogs will send RHP Anyelo Gomez (0-0, 5.40) to the hill while the Fireflies will counter with RHP Joe Shaw (1-0, 3.00). Fans can tune into WTMA 1250 AM in the tri-county area as well as online at riverdogs.com. Ticket information for any of the RiverDogs remaining home games this season may be secured by contacting the box office at (843)577-DOGS (3647) or online at www.riverdogs.com.