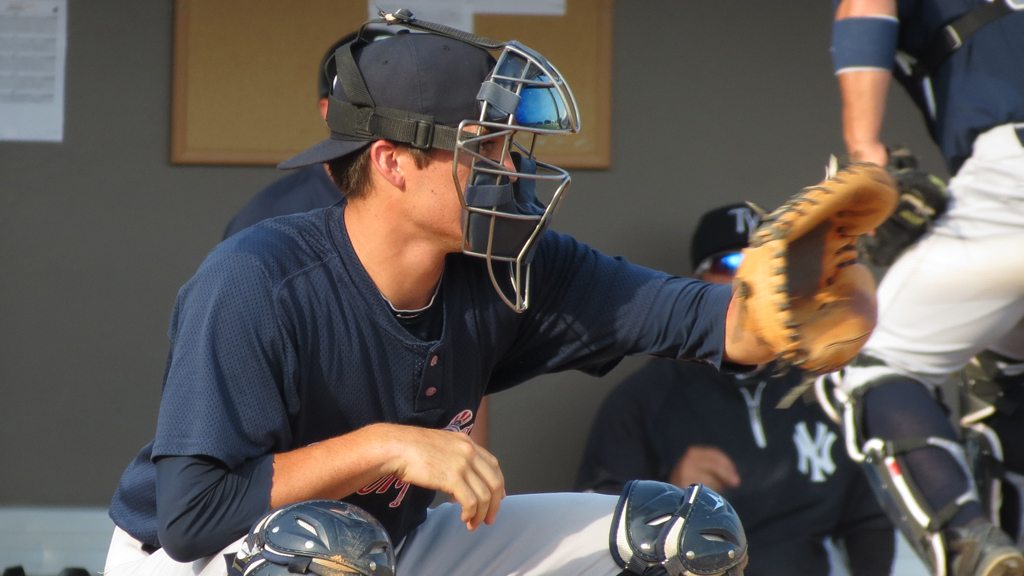 Trent Garrison with the Tampa Yankees in 2014 (Bryan Green)

New York Yankees minor league catcher Trent Garrison announced his retirement from baseball yesterday. The 24-year old out of Fresno State recently spent some time with the Yankees as a non-roster invitee to spring training.

Trent was a 28th round draft pick in the 2013 draft and spent two seasons in the Yankees minor leagues where he hit a combined .256 between Staten Island and Tampa. His twin brother Taylor Garrison is also a pitcher in the organization.

Also announced was the release of right-handed pitcher Brett Gerritse. Brett was a 12th round draft pick by the Yankees in the 2009 draft out of Pacifica High School. In six seasons with the Yankees he reached as high as Triple-A for one game last season. Over all he owned a 24-23 record with a 3.58 ERA over 116 games, 43 starts, striking out 316 batters in 284.1 innings pitched.