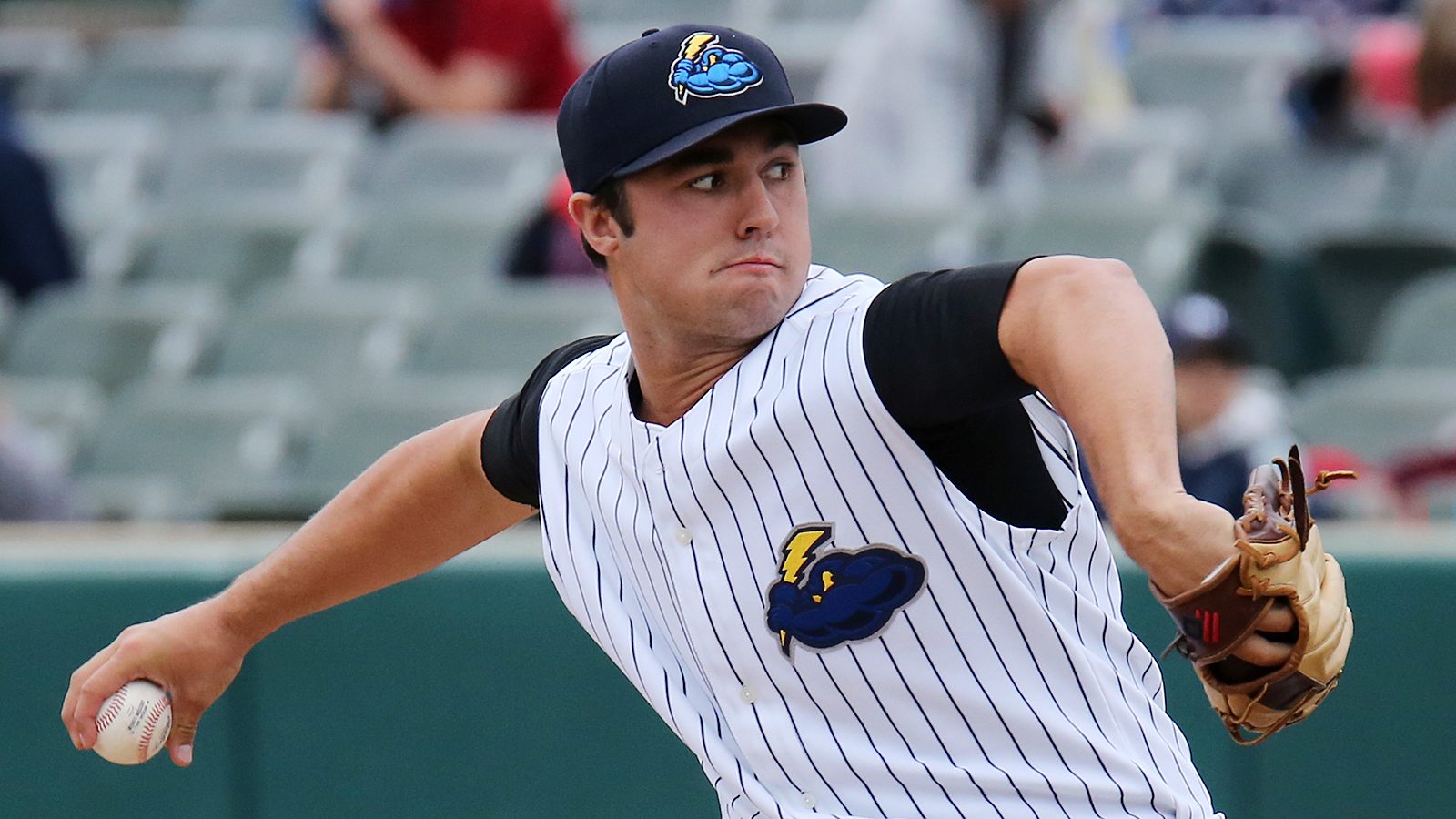 J.P. Feyereisen pitches in relief for the Trenton against the Portland Sea Dogs at ARM & HAMMER Park in Trenton on Saturday, April 15, 2017. (Martin Griff)

New York Yankees prospect J.P. Feyereisen was placed on the 7-Day Disabled list retroactive to April 16, 2017, the Trenton Thunder announced today due to a shoulder injury.  Replacing him on the roster is right-handed pitcher Kyle Haynes who has been promoted from Single-A Tampa.

Feyereisen, 24, appeared in three games for the Thunder his season earning a save in two opportunities and allowing three runs in 4 2/3 innings. 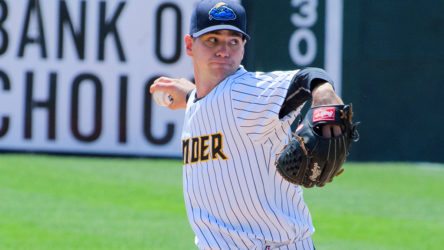 Haynes’ promotion to Trenton was originally reported on April 15 by our own Matt Kardos.  After starting the season in extended spring trainingH, Haynes was transferred to the Tampa Yankees where he made one start and throwing four shutout innings.

Taking Haynes’ spot in Tampa will be right-handed reliever, Josh Roeder.  Roeder, 24, appeared in just one game for Tampa this season allowing a run on two hits over three innings of work and striking out three.  The last two seasons he pitched for the Staten Island Yankees where he worked primarily as a reliever appearing in 35 games.