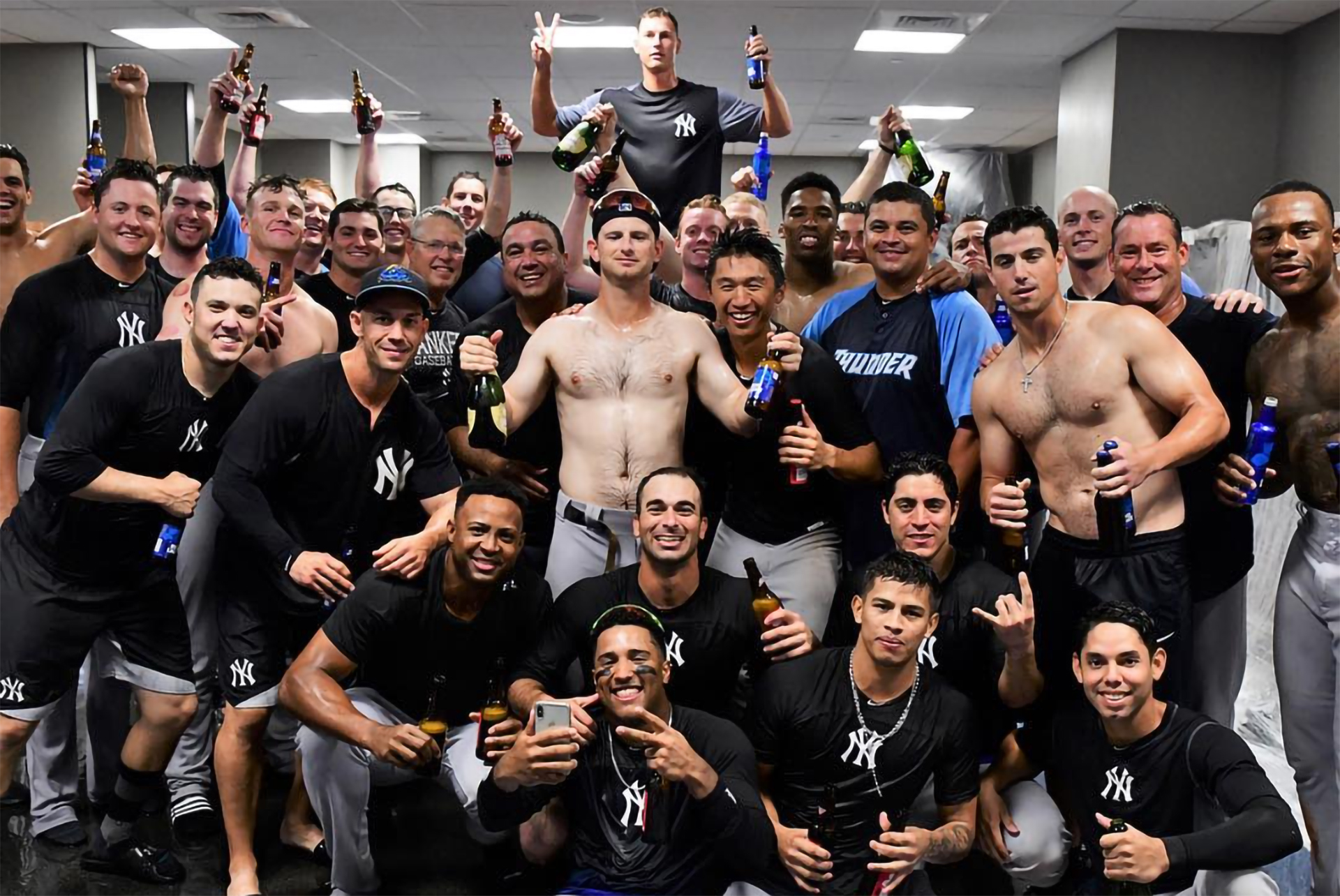 The Trenton Thunder celebrate in the clubhouse after clinching a playoff berth. (Domingo Acevedo Instagram)

HARTFORD– On Sunday afternoon, the Trenton Thunder secured a spot in the Eastern League playoffs for the third time in as many seasons by beating the Hartford Yard Goats on the road, 8-3.

The Thunder were led on offense by Rashad Crawford‘s four RBI day, including a three-run Home Run in the fifth inning. Danienger Perez also belted his first career Double-A Home Run, a solo shot in the 4th inning.

Heading into Sunday’s game, the Thunder either needed a win or a loss by the Reading Fightin Phils. Even if the Thunder lost their game, Reading dropped their game to Portland 10-2.

While this marks three consecutive appearances in the Eastern League playoffs for the Thunder, this is the first appearance for manager Jay Bell, who was the manager of High-A Tampa last season. Bell took Tampa to the FSL playoffs last season but lost to Dunedin in the division series.

In the previous two seasons, the Thunder were led by manager Bobby Mitchell. In the 2016 season, while they didn’t win the division, the Thunder finished with a record of 87-55 and went on to beat division champs Reading in four games before falling to the Akron RubberDucks in the ELCS in three games.

The following season saw the Thunder capture the division with a record of 92-48 and best Binghamton in four games but once again, the Thunder would get swept in the ELCS, this time to the Altoona Curve.

This season, the Thunder will face off against the New Hampshire Fisher Cats, though locations have not yet been determined because New Hampshire only holds a two game lead in the Eastern Division with one week left in the season. The winner of that series will take on either Akron or Altoona in the ELCS.

Heading into the postseason, the Thunder starting pitching staff looks ready to go. Trevor Stephan, Brian Keller, and Ryan Bollinger are all healthy. Domingo Acevedo is pitching in rehab games with Staten Island and is looking to comeback soon, and the best pitching staff in the Eastern League got a little more stronger when Jonathan Loaisiga was sent to Trenton after a stint on the DL in Scranton.

With Acevedo, Bollinger and Loaisiga likely to pitch for the Thunder in the postseason and potential Game one, two, and three starters, that gives Trenton three members of the New York Yankees 40-man roster to put in the rotation, something pretty rare at the Double-A level.

On the offensive side of things, the Thunder will be led by postseason Eastern League All-Star OF Trey Amburgey, All-Star 3B Mandy Alvarez is currently on the DL but Bell said he could be ready before the start of the playoffs. Same thing goes with 1B Chris Gittens who has been on the DL since June 19 and is also currently rehabbing with Staten Island. OF Rashad Crawford has been hot as of late and the Thunder also get back SS Kyle Holder from the DL after he suffered a concussion.

Trenton’s record against New Hampshire this regular season is 10-8.