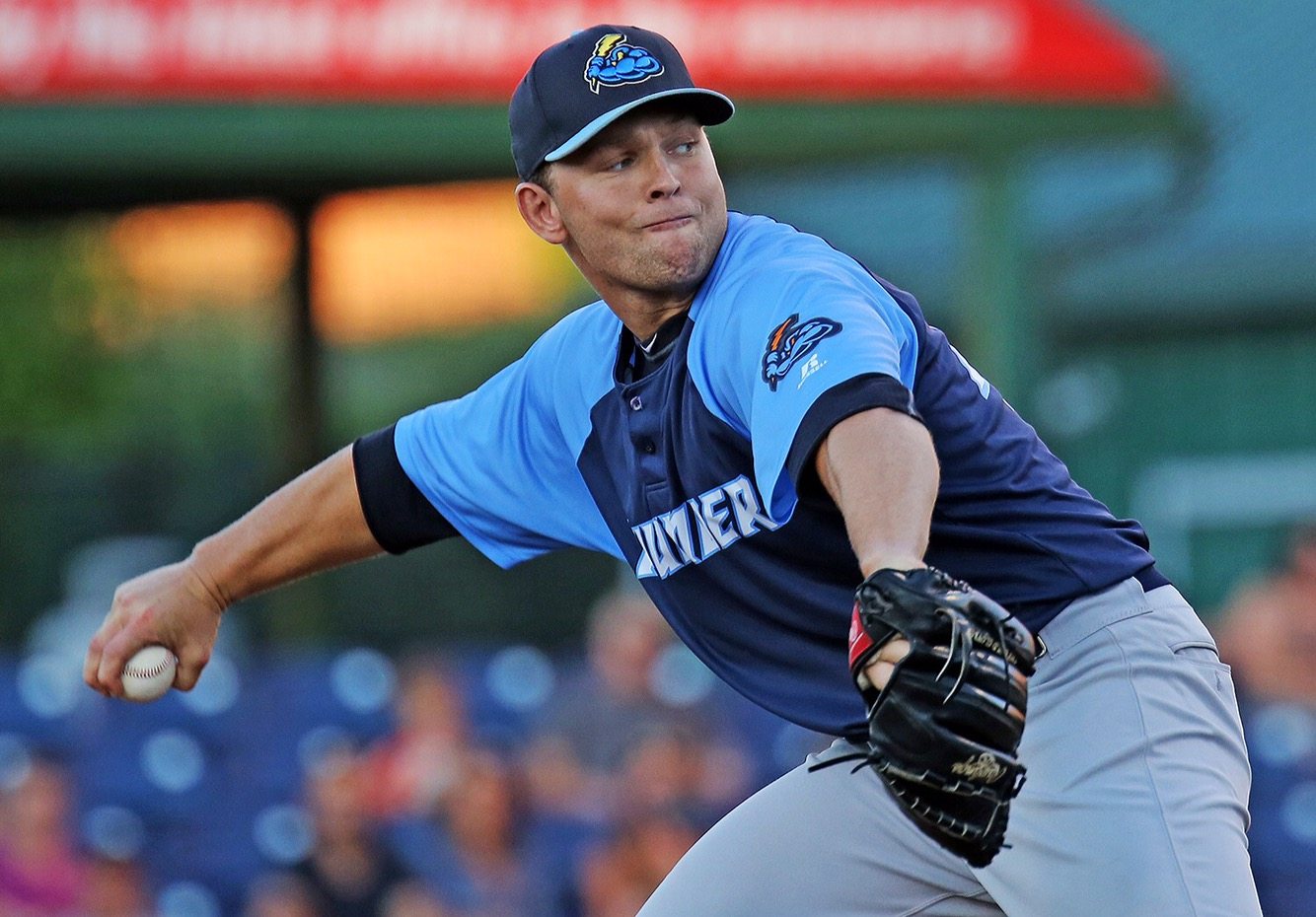 After having their first two games postponed due to rain, Trenton finally took the field on Saturday afternoon and defeated the Erie SeaWolves 6-2 at UPMC Park.

Trenton was paced by a stellar performance from Chance Adams, who tossed 5.2 innings of no-hit ball in his season debut. He fanned five and walked four on the day.

After back-to-back singles from Thairo Estrada and Gleyber Torres to lead off the sixth inning, Mike Ford doubled both of them home to give Trenton a 2-0 lead. Two batters later, Dante Bichette Jr. homered to right to extend the lead to four.

Trenton would hold Erie hitless until Caleb Frare surrendered a one out single in the eighth inning to Jason Krizan to load the bases for the SeaWolves. Manager Bobby Mitchell quickly turned to the bullpen and summoned J.P. Feyereisen to extinguish the threat. The right-hander was promptly greeted with a two-run single by Jeff McVaney that cut the Thunder lead to 4-2.

In the ninth inning, Trenton would add two insurance runs on an RBI single from Estrada and a bases loaded walk by Ford. Feyereisen tossed a clean ninth inning to nail down the save and secure a 6-2 win for Trenton.