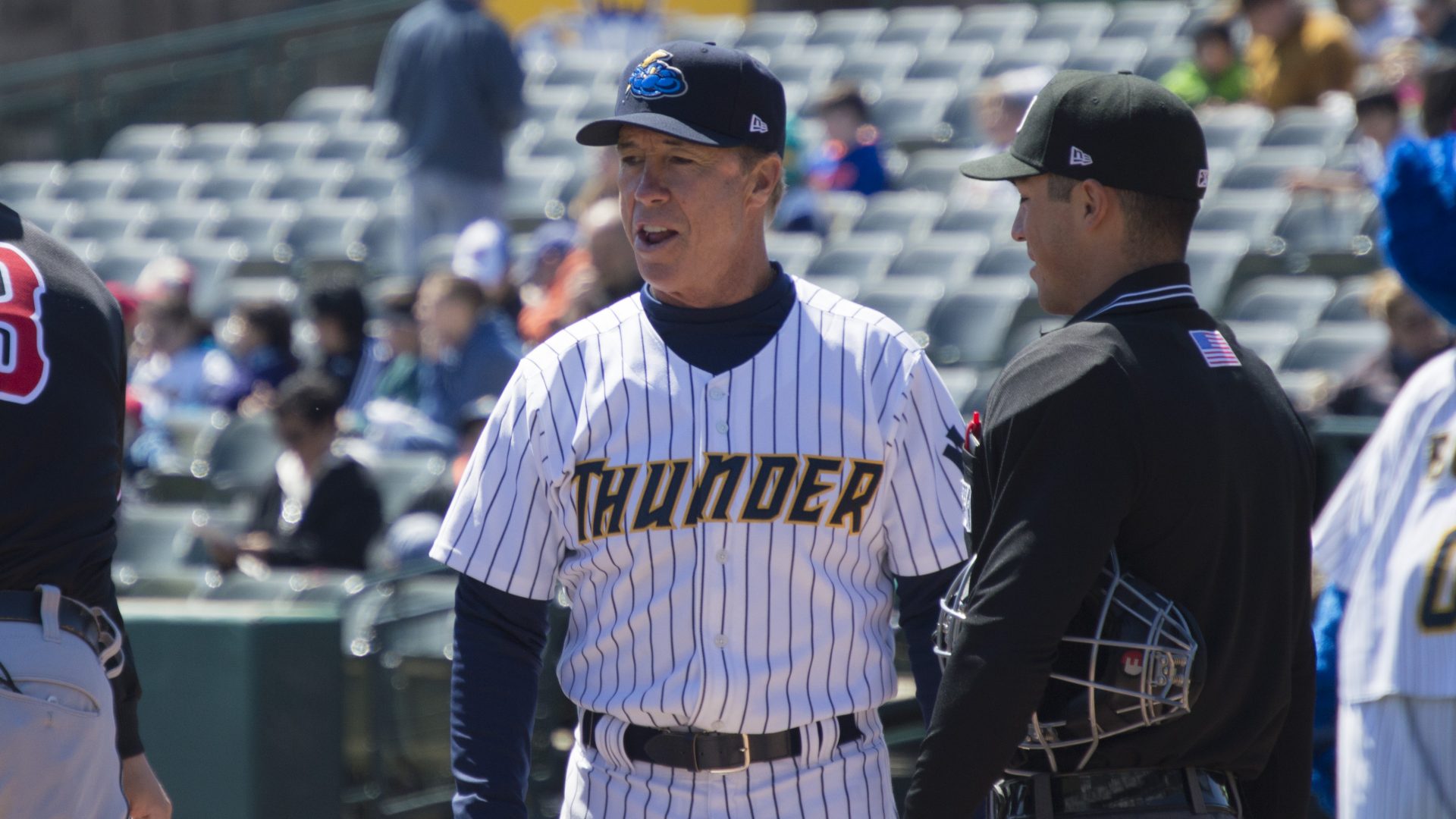 Manager Bobby Mitchell will return for his second season with the club in 2017. Photo by Martin Griff

TRENTON – On Thursday morning the Trenton Thunder officially announced the team’s coaching staff for the 2017 season. Manager Bobby Mitchell will return for his second campaign at the helm after leading the team to the second best mark in franchise history (87-55) and a berth in the Eastern League Championship.

Pitching Coach Jose Rosado will return for his third season with the team. Trenton was led in 2016 by one of the best starting rotations and bullpen units in the Eastern League. Thunder pitchers set the single-season franchise mark for team ERA (3.12) and led the EL in strikeouts (1,239) in 2016. Under his tutelage, Trenton has finished no worse than third in EL team ERA in his three seasons with the club. The organization has grown confident in Rosado’s ability to groom their young arms; he is slated to work with the likes of James Kaprielian, Domingo Acevedo, and Justus Sheffied at some point this season.

Tom Slater returns to his former post in Trenton as the team’s Hitting Coach in 2017. Slater served as the Hitting Coach for Trenton in 2012 when the team led the EL in homers and slugging. He then occupied the role of Yankees minor league hitting instructor in 2013 and 2014 before taking over as the Tampa Yankees Hitting Coach in 2015 and 2016.  With top-prospects like Gleyber Torres and Jorge Mateo expected to play in Trenton this season, Slater will play a pivotal role in their development.