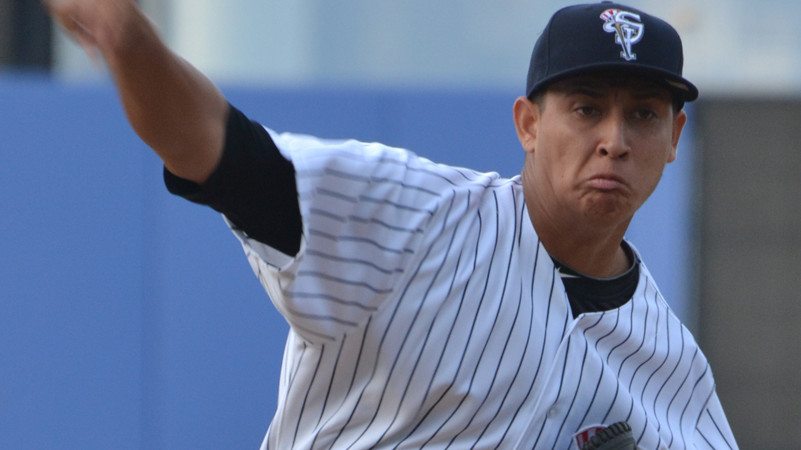 Vidal, 20, we ranked as the 48th best prospect in the New York Yankees farm system by us this past January. Originally signed as an 18-year old he made his debut with the Dominican Summer League Yankees in 2014 and came to the United States in 2015 where he hit .303 for the Pulaski Yankees.  So far he has appeared in 2 games for Columbia and has 2 hits over 5 at bats, including a double.  Vidal leads the team with 4 walks.

Gallegos, 24, has been with the Yankees since signing with them in 2011.  He made his professional debut in 2012 and last season split his time between the Tampa Yankees, Trenton Thunder and the Scranton/Wilkes-Barre RailRiders.  He has pitched in 1 game for Mexico, striking out 2 batters in 1 inning and allowing just a hit.

As the World Baseball Classic continues both Yankees prospects are expected to get some more playing time.