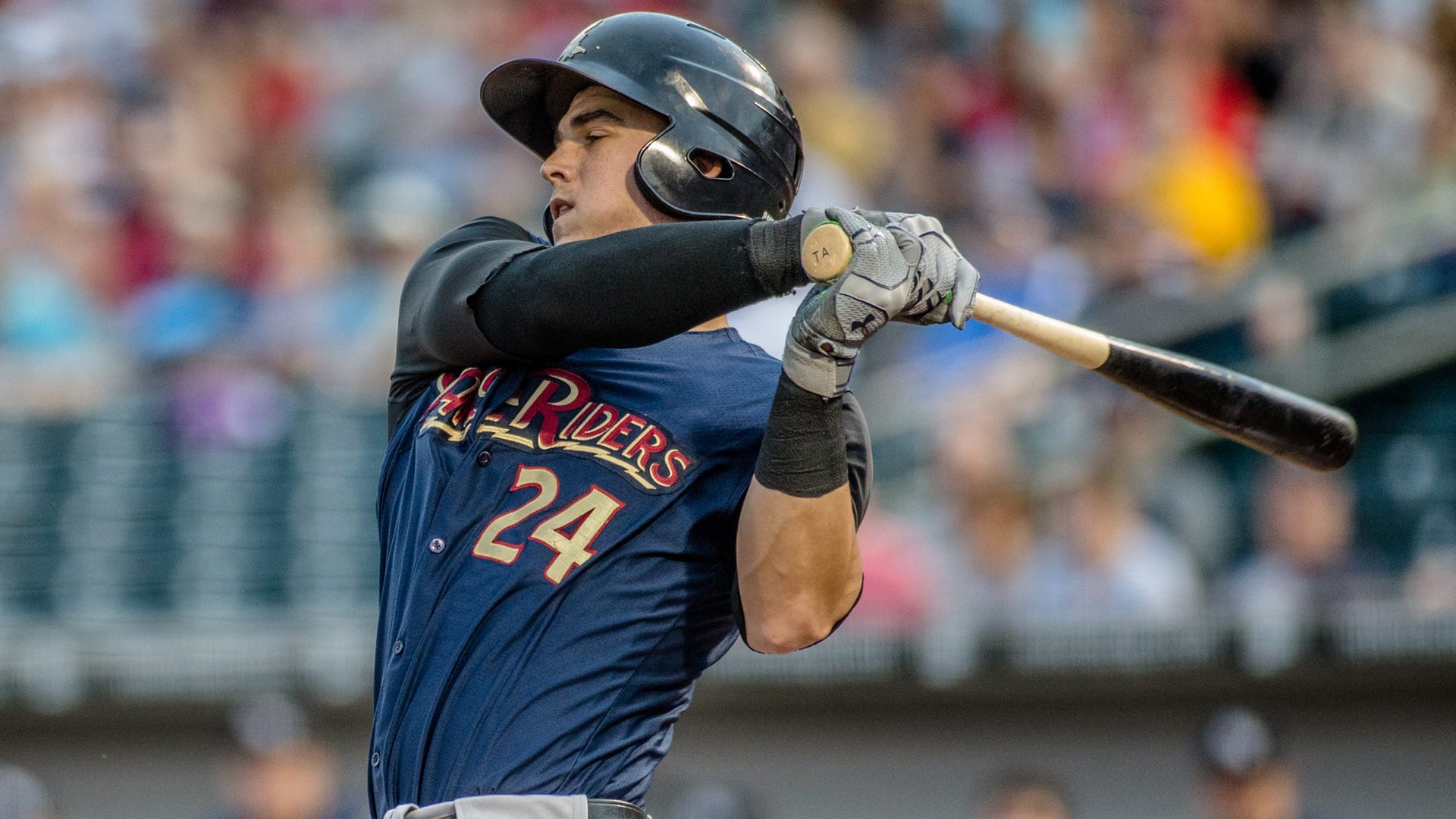 The rout was on early for the RailRiders in their 11-1 victory on Thursday night against the Pawtucket Red Sox. In the second inning, Scranton/Wilkes-Bare sent 10 men to the plate and scored seven runs.

The offense would usually be the story when a team scores 11 runs and pound out 13 hits, but that was not the case tonight because Chance Adams was on the mound for the RailRiders.

Adams went six strong innings, allowing just one hit. He struck out eight and walked two. Adams fastball sat at 94 mph for most of the night, and his slider was dropping off the table. With the victory, he improved his record to 5-2 and lowered his ERA to 2.12.

“He did an unbelievable job. From the first start, you could see it in the kid. He has the ability. He put it together. He had all of his pitches working.”, said catcher Eddy Rodriguez. “What he has is the ability to miss up in the zone. He blows it by guys. Even his 93 feels like 98 to guys. He has the luxury of being able to miss up in the zone and not a lot of damage is done off of him.

Adams, who is the Yankees number one right-handed pitching prospect who is healthy, improved his 2017 minor league numbers to 8-2 with a 1.78 ERA. So far Adams has dominated at both levels and has continued to turn heads.

“I threw my changeup a lot, and I am happy with some of my results, but I have to continue to work on it. I was not throwing the curveball much because I was focusing on the changeup.”, said Adams. “Some of the had some downward depth and downward fade, so I just have to continue to get comfortable with it.”

During the seven-run second inning, Jake Cave and Ji-Man Choi homered, and Tyler Austin hit a bases clearing double to open the floodgates and put the score at 5-0.

“One through nine we have guys who are capable of contributing and getting the job done.”, said manager Al Pedrique.

Austin also hit a towering solo home run to right-center field in the fourth inning. It is his third straight game with a big fly. He finished the night 2-5.

Mark Payton also had himself a night with three hits, including a RBI double. Jake Cave hit a home run for the third time this week and raised his Triple-A average to .478.

As for Kyle Kendrick, it was not his night. He went five innings and allowed 10 earned runs and 11 hits. He also served up all of the RailRiders four home runs.