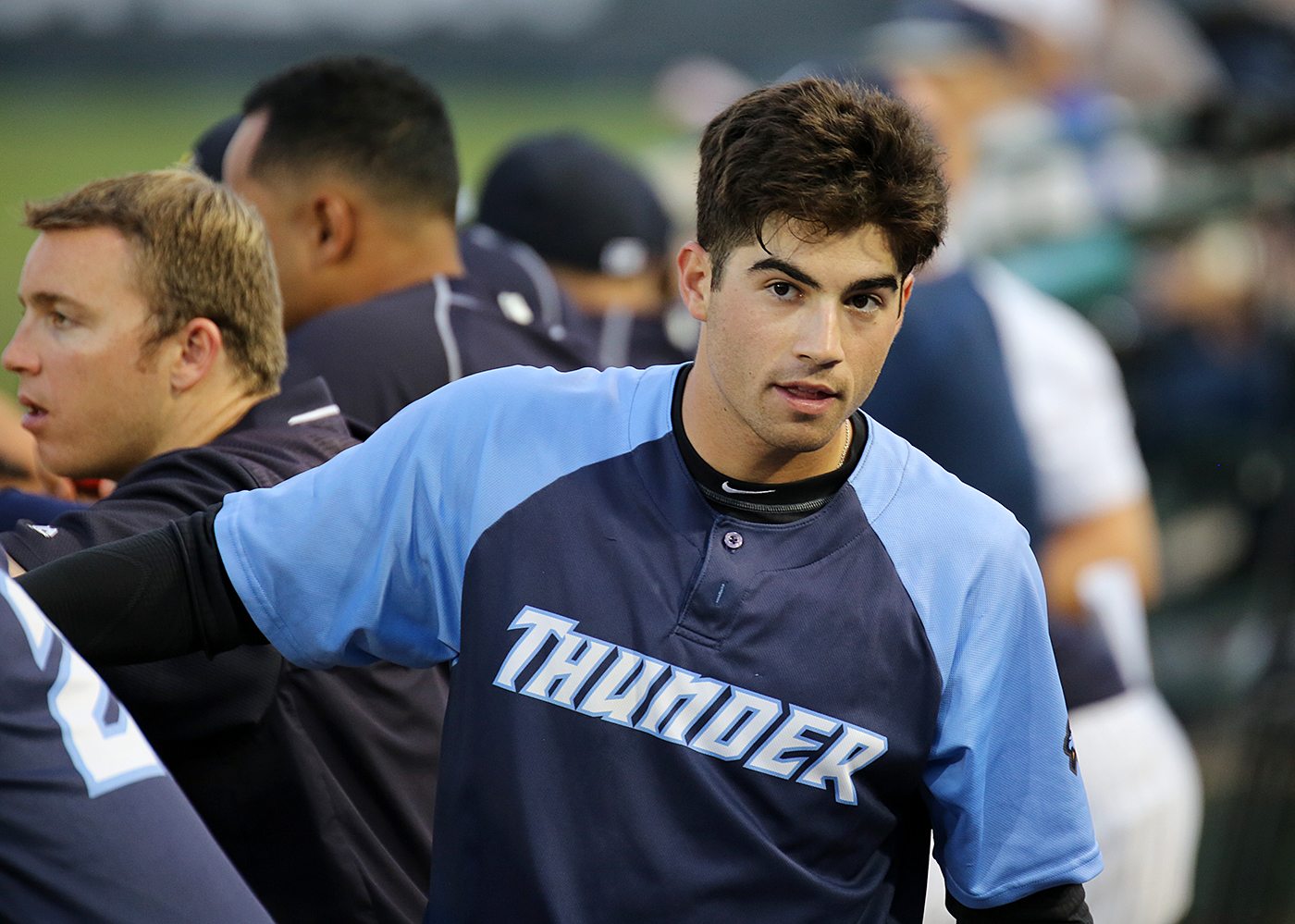 Tyler Wade is being promoted to the major leagues. Photo by Martin Griff

TRENTON – Following their 3-2 defeat on Monday night at the hands of the Richmond Flying Squirrels, Thunder Manager Bobby Mitchell was informed that the team was receiving Jorge Mateo from High-A Tampa. He will take the place of infielder Abiatal Avelino, who was being promoted to Triple-A Scranton to take the place of Tyler Wade, who is expected to join the Yankees on Tuesday.

The slew of moves comes in the wake of a leg injury suffered by Starlin Castro on Monday night against the White Sox.

Mateo, once regarded as the top prospect in the system, has struggled mightily in 69 games with Tampa this season. The 22-year old speedster has slashed just .240/.288/.400 despite swiping 28 of 31 bases in the Florida State League.