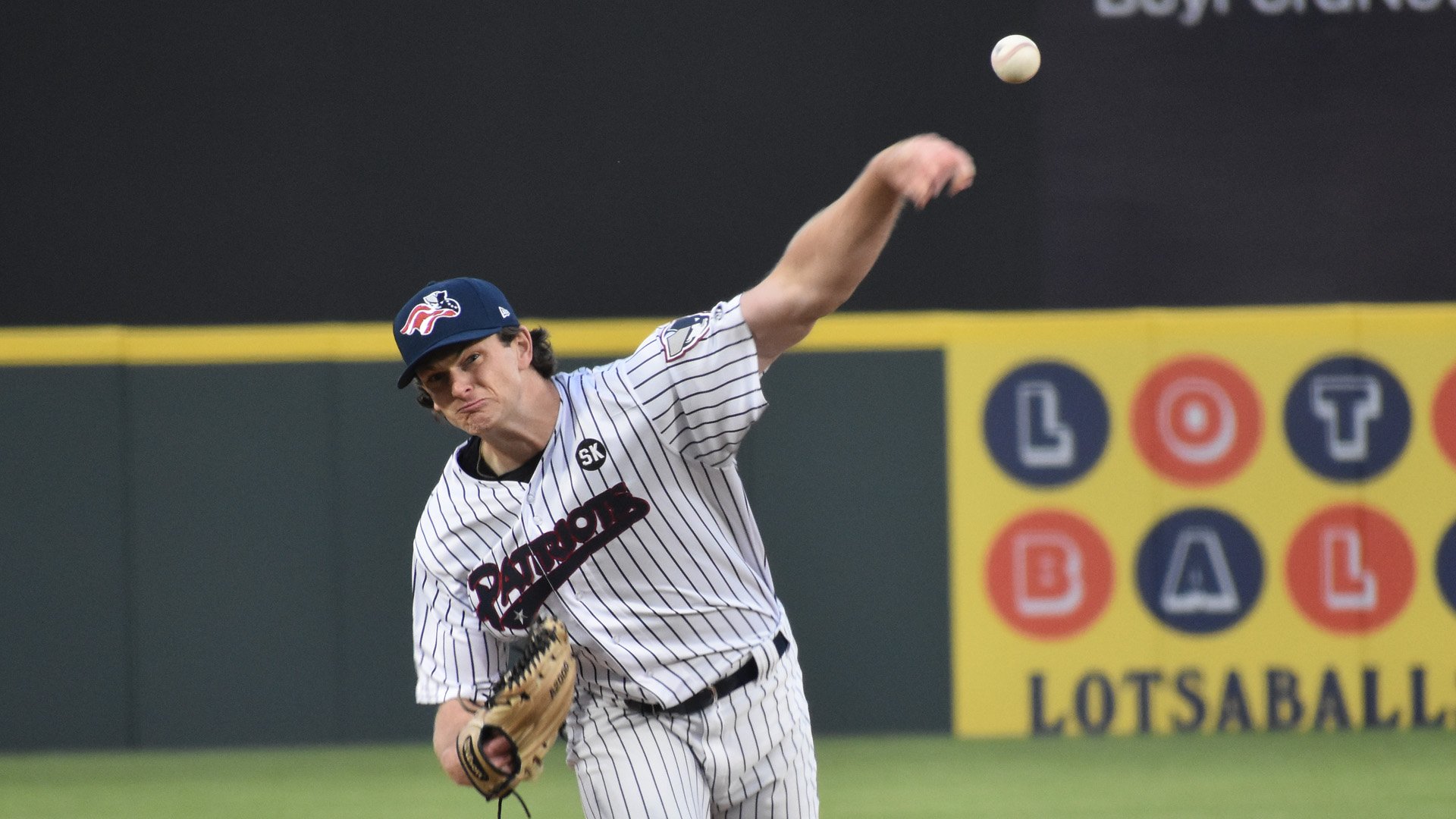 Meet six under the radar New York Yankees pitching prospects at the upper levels of the minor leagues. 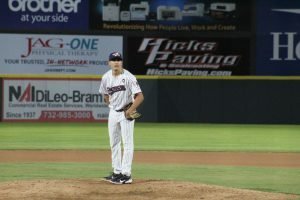 Gomez was released by the Phillies in 2020 despite having a 1.62 ERA in two seasons with them, and the Yankees picked him up before the 2021 season.

He spent the entirety of the season as a reliable arm out of the bullpen for Double-A Somerset, finishing the year with a 3.12 ERA and 50 strikeouts to 14 walks.

Gomez throws with a deceiving three-quarter delivery, in which he hides the ball from the batter until its release. He has a high ground ball rate of 55% in his career, and pitches to contact, striking out 9.18 batters per nine in 2021. Gomez’s repertoire features a fastball that reaches 96 MPH and a sweeping slider that has seen as much as 20 inches of horizontal break. 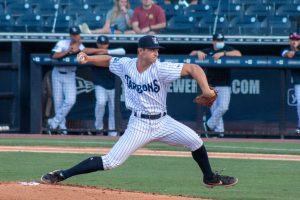 Boyle reached Triple-A in 2021 and passed through every full-season affiliate in the organization (Tampa, Hudson Valley, Somerset, Scranton). In fact, Boyle took part in two no-hitters last season, going four innings as part of a combined no-hitter in Hudson Valley on July 10, and completing a seven-inning no-no for Scranton on August 19.

The 2018 15th round pick from Dallas Baptist University pitched to a 1.99 ERA, with a 1.00 WHIP and 98 strikeouts in 86 innings in 2021. Boyle was used as both a starter and reliever. His repertoire consists of a fastball, sinker, and slider. 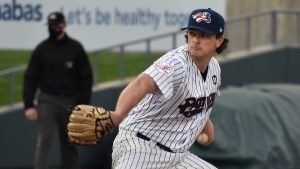 The Yankees picked up Krook in the 2020 Minor League Rule 5 Draft from the Tampa Bay Rays, who drafted him in the fourth round of the 2016 MLB Draft. Krook reached Double-A with the Rays, where he spent both 2018 and 2019, but put up below-average numbers.

That was not the case in 2021, when Krook pitched to a 2.89 ERA in 106 innings between Somerset and Scranton, striking out 132 and holding opponents to a .175 batting average. 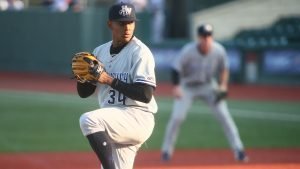 He split 2021 between Hudson Valley and Somerset, where he posted a 3.55 ERA with 118 strikeouts.

Brito is tabbed by Baseball America as having the best control in the Yankees system, and allowed only 1.62 walks per nine innings in 2021. He also has a high ground ball rate, at nearly 50% last season. Brito throws a fastball in the low-mid 90’s as well as a slider and above-average changeup. 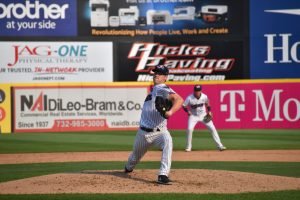 The Yankees 8th round pick out of the University of South Alabama in 2019, Greene posted a 1.50 ERA in 14 outings in 2019 between the GCL and Staten Island.

He split 2021 between Hudson Valley and Somerset, posting a 3.17 ERA while striking out 91 in 59.2 innings and holding opponents to a .185 average. Greene then pitched for the Surprise Saguaros in the Arizona Fall League in 2021, where he was named to the league All-Star Game.

The right-handed reliever throws a fastball that has late life and consistently misses barrels, as well as a split-change, and slider. 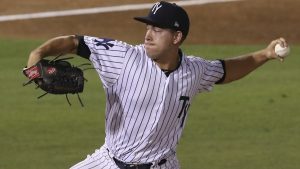 I wanted to make sure to highlight Lane because he has been one of the Yankees best relief pitching prospects over the past few seasons. He had a 1.99 ERA for Scranton in 2021 before he underwent Tommy John surgery in July, and likely would have reached the big leagues if not for his injury. The 2016 10th round draft pick has a career 2.34 ERA over his five minor league seasons, and was a minor league All-Star in 2017, 2018, and 2019.

Lane has a high ground ball rate and throws a fastball and slider. He was a non-roster invite to big league camp in 2020 and 2021 and pitched for Team USA in the 2021 Olympic qualifying event.