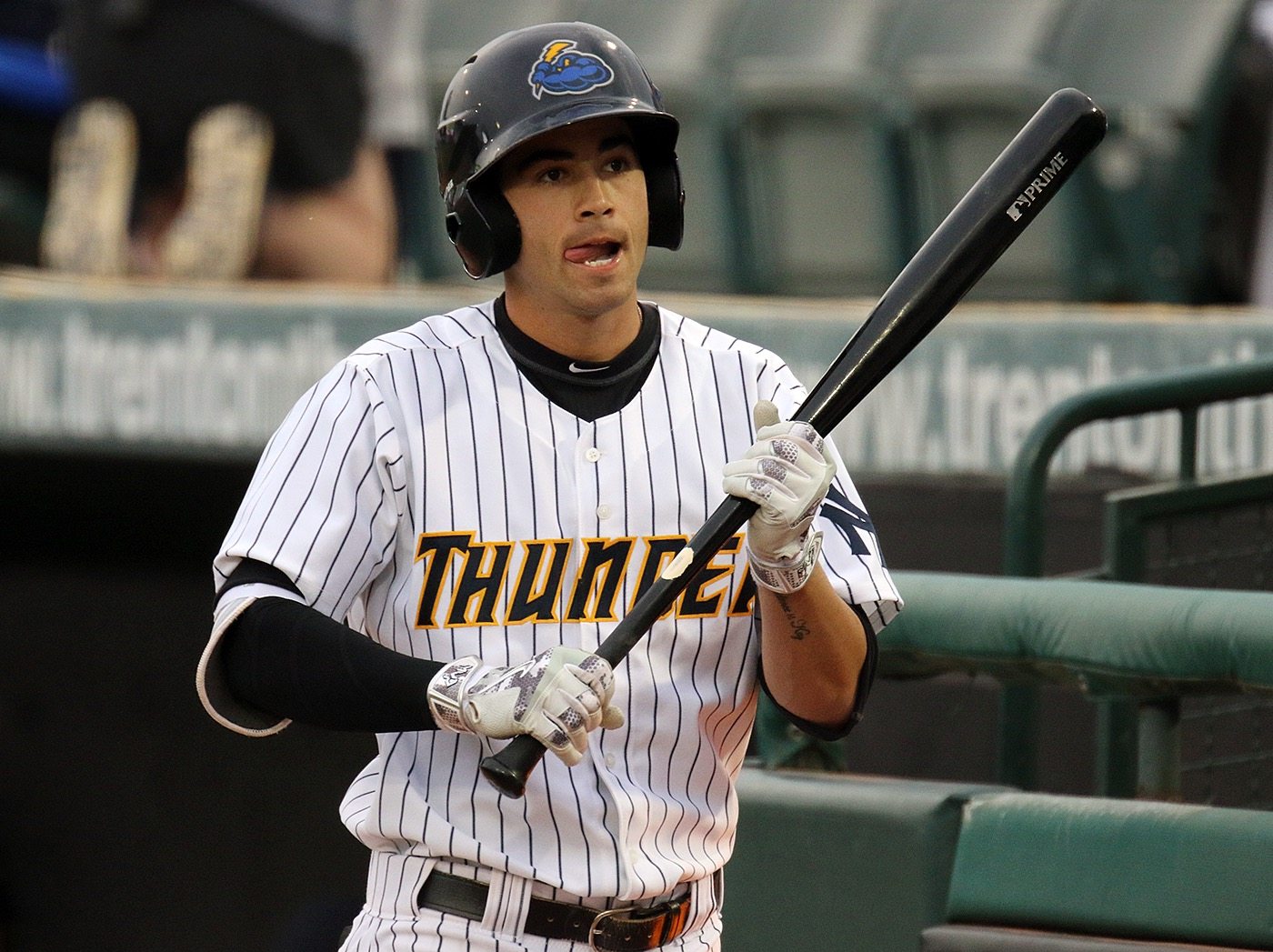 AKRON, OH – Unearned runs paved the way in a five-run bottom of the 2nd inning for the Akron RubberDucks in a 5-2 defeat for the Trenton Thunder Friday night at Canal Park.

Before a sellout crowd of 7,192, the home team got on the board first off Thunder starting pitcher Daniel Camarena. The bottom of the 2nd inning began with an error by Miguel Andujar which allowed Nellie Rodriguez to reach base. After a strikeout to Jeremy Lucas, the bases were loaded with one out for Luigi Rodriguez. On the ninth pitch of the at-bat, Luigi smoked an opposite-field single to plate the first two runs of the game. Later in the inning, Todd Hankins produced a run with a single to center field and Bradley Zimmer plated a pair with a two-run double for a 5-0 lead.

That was the lone hiccup on the night for Camarena who finished with one earned run allowed over 5.2 innings. He scattered six hits and struck out eight men while lowering his Eastern League-best ERA to 1.81. His record is no-longer unblemished at 5-1.

The Thunder offense responded immediately after the five-run inning. Miguel Andujar reached on an error with two outs in the 3rd inning, bringing Kyle Higashioka to the plate. Higashioka connected for his second home run in as many nights to bring the Thunder back to within a few runs, 5-2.

The offense threatened down the stretch as the bullpen provided scoreless relief. Cale Coshow (1.1 IP) and Jonathan Holder (1.0 IP) struck out four men while keeping the Akron offense at-bay.

In the 8th and 9th inning, the Thunder put two men on and brought the tying run to the plate. Each time they were unable to score, with Miguel Andujar striking out against J.P. Feyereisen to end the ballgame with runners at second and third.

The Thunder and RubberDucks do battle Saturday in a doubleheader—the fifth doubleheader of the month for Trenton. First pitch is scheduled for 5:30 p.m. with pregame coverage on 91.3 FM WTSR, 1490 AM WBCB and online at www.trentonthunder.com