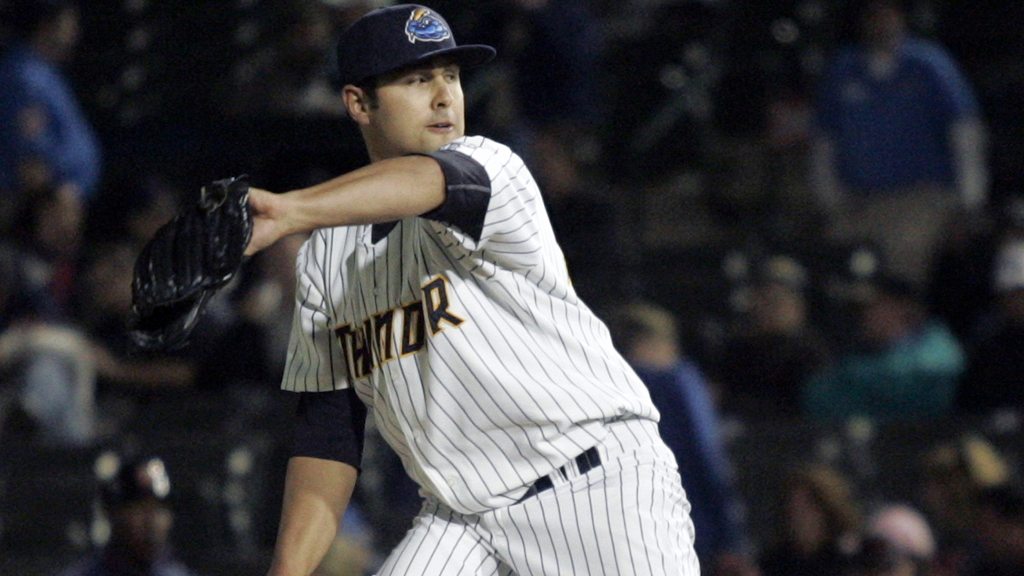 MOOSIC, Pa. – The Scranton/Wilkes-Barre RailRiders dropped a 6-4 decision to the Syracuse Chiefs in 12 innings on Wednesday night at PNC Field. The Chiefs (32-55) snapped a six-game losing streak to the RailRiders (47-41).

James Pazos (1-1) shouldered the loss after allowing three runs, two earned, on three hits over 1.2 innings. Rafael Martin (4-4) tossed a scoreless 11th for the win and Jose Valverde escaped a jam in the 12th for his sixth save.

The Chiefs jumped out to a 2-0 lead in the first two frames against starter Kyle Davies. The right-hander settled in to weave a quality start, allowing three runs over six innings.

Tyler Austin sparked a three-run rally in the third for the RailRiders after reaching on a hit-by-pitch. Taylor Dugas followed with a double to score Austin and Ben Gamel plated Dugas with a single. Gamel stole his way to second and moved to third on a hit by Rob Refsnyder. Cole Figueroa put SWB up 3-2 on a sacrifice fly to center.

Trea Turner opened the sixth with a single and stole second against Davies. Kevin Keyes scored Turner on a two-out single to left that tied the score 3-3.

Both teams had chances to win in the 10th and 11th. The RailRiders had the winning run at third base in three straight frames before Syracuse surged in the 12th.

Dan Butler singled and Pazos issued consecutive walks to Turner and Tony Gwynn Jr. to load the basis. Jason Martinson put the Chiefs on top with a sacrifice fly to right. Kevin Keyes followed with a run-scoring single and an error allowed Gwynn to score on the play.

Gamel and Refsnyder opened the last of the inning with hits, but Figueroa’s sacrifice fly to right was all the club could muster against Valverde.

The RailRiders and Chiefs will meet in a rubber match on Thursday afternoon. First pitch is set for 12:05 p.m. at PNC Field. Left-handerJose De Paula (2-2, 4.74) will oppose former RailRider Bruce Billings (4-3, 3.82). The RailRiders host the Toledo Mudhens (Detroit Tigers) for Christmas in July and Friday Night Fireworks on July 24. For more information please call (570) 969-BALL (2255) or visit swbrailriders.com.