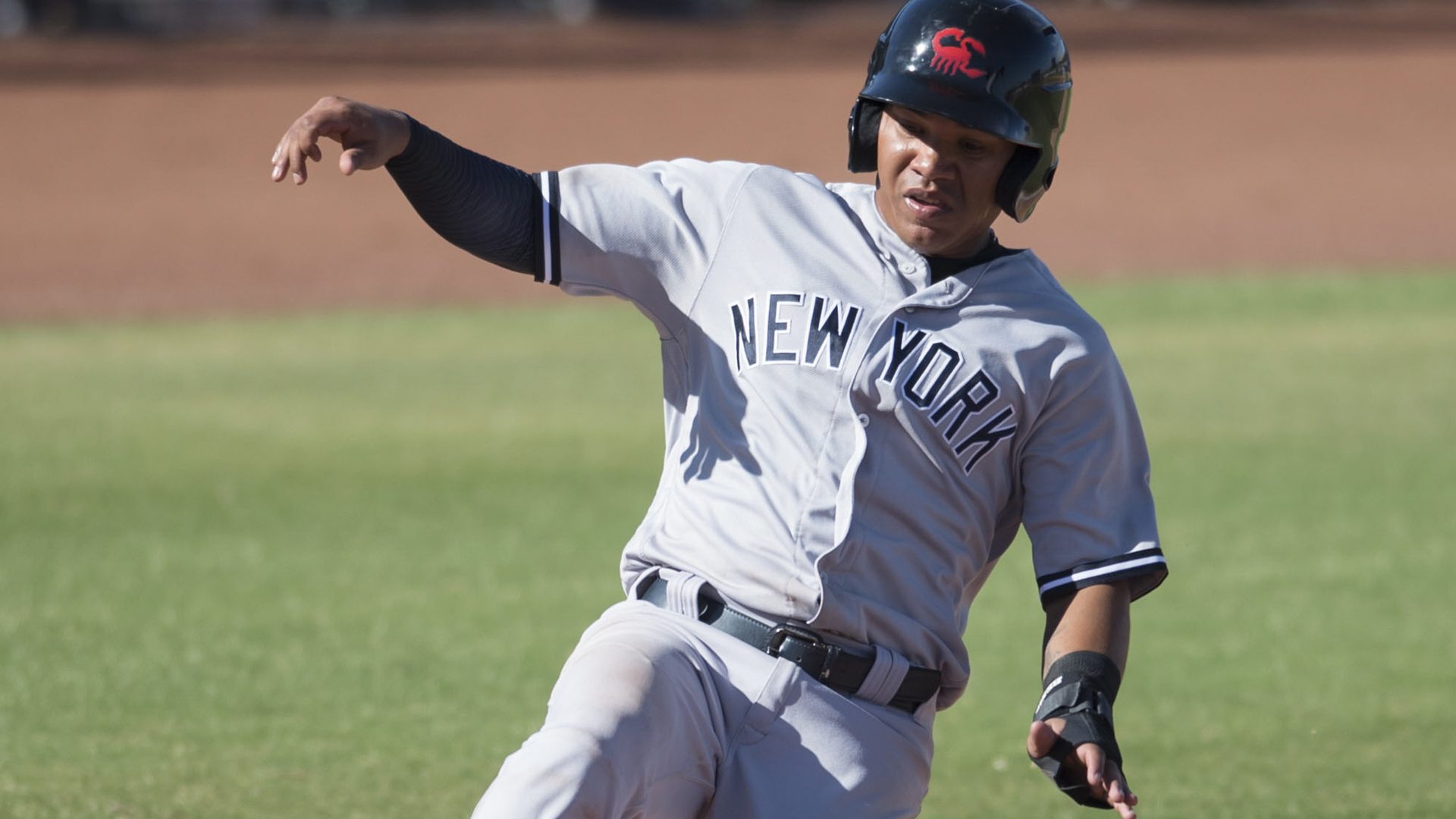 Scottsdale Scorpions shortstop Thairo Estrada (99), of the New York Yankees organization, slides safely into home plate during a game against the Peoria Javelinas on October 19, 2017 at Peoria Stadium in Peoria, Arizona. The Scorpions defeated the Javelinas 13-7. (Zachary Lucy/Four Seam Images via AP)

The chart includes name, the class they belong to, how the Yankees acquired them, were they eligible for last year’s Rule 5, what year in their contract they are and their contract status after the 2017 season.

The Yankees have already added Clint Frazier, Tyler Wade, and Jordan Montgomery, three players that would have been eligible in 2017.