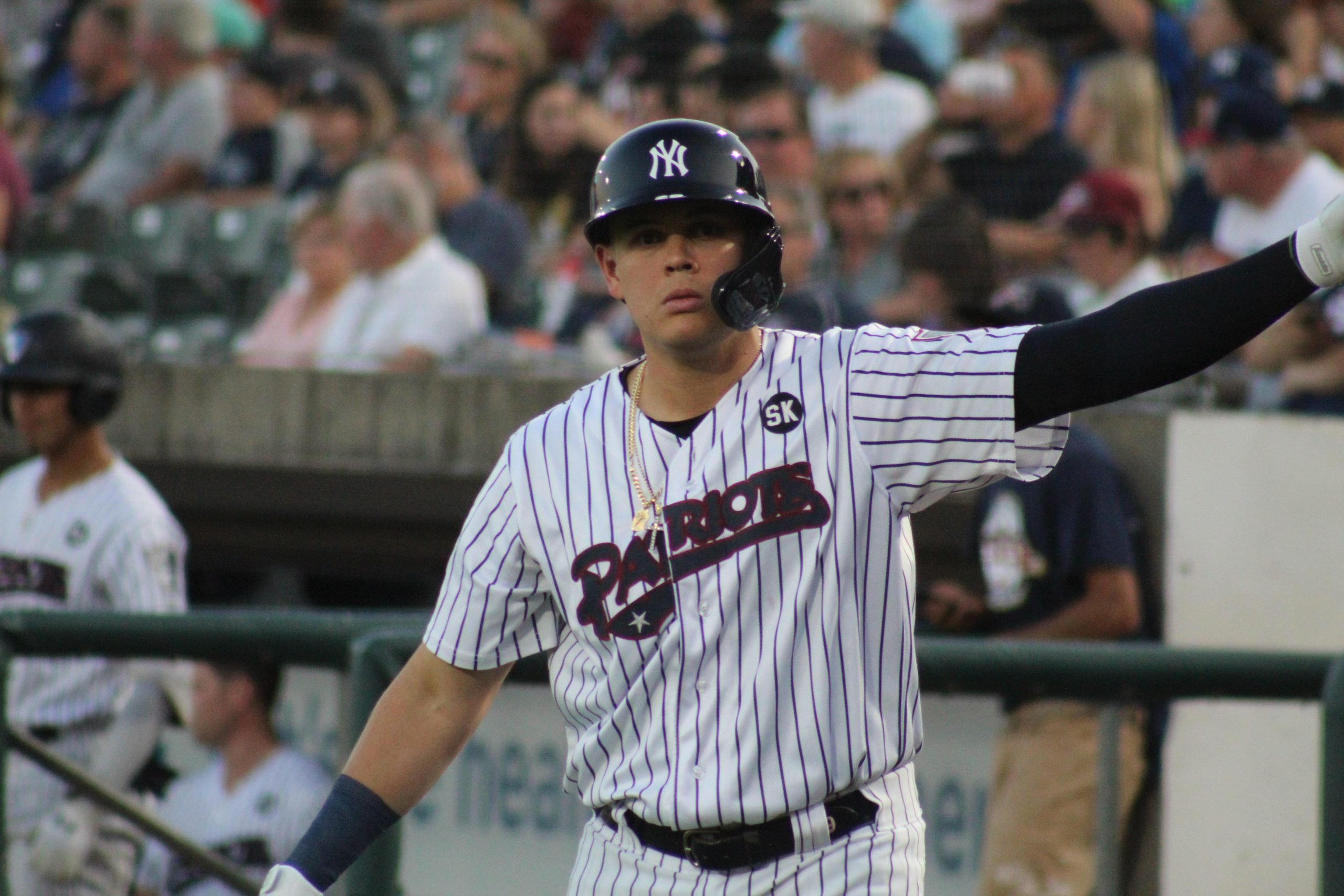 While the Yankees held on to win their 11th ballgame in a row on Tuesday night, they may be close to bolstering their already torrid roster in the not too distant future. In what has seemingly become the hot-bed for major league rehabs in the month of August, Somerset played host to two more big leaguers on Tuesday night in pitcher Corey Kluber and infielder Gio Urshela. Coincidentally enough, they took the field against the Akron RubberDucks, an affiliate that both players had played for when they were members of the Cleveland Indians organization.

In what was his second and seemingly final appearance for Somerset, Urshela went 1-for-4 with a well-struck single to left field in the first inning and also scored a run while playing all nine innings in the field; he was also hit by a pitch above his left knee in the eighth inning. Following the game, Urshela said that he plans to travel tomorrow and join the Yankees in Oakland for their series with the A’s on Thursday.

“I feel really good,” admitted Urshela. “I feel like I am healthy and I am ready to go back to the Yankees.” 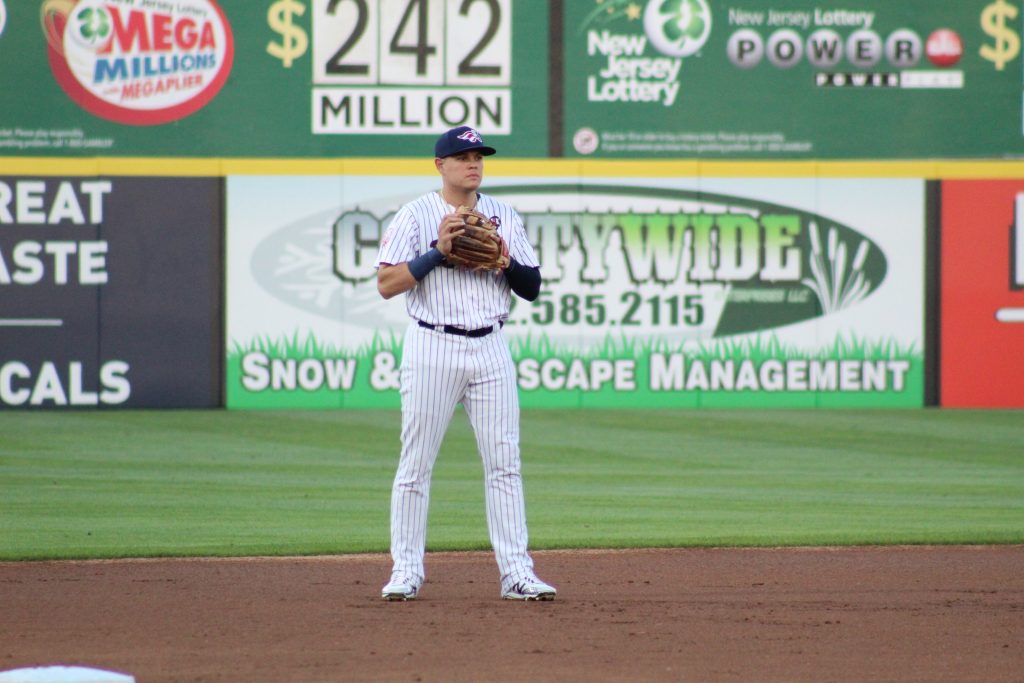 After landing on the IL on August 3 with a left hamstring strain, Urshela joined Somerset on the road in Altoona last Sunday and in his two starts went 4-for-8 with a double.

Kluber, on the other hand, has been on the injured list since late-May with a muscle strain in his right throwing shoulder. His start on Tuesday night marked the third outing of his rehabilitation assignment; the two-time Cy Young award-winner tossed 45 pitches over 1 1/3 innings for the Patriots back on August 12 before going three innings on 56 pitches for Triple-A Scranton on August 17. 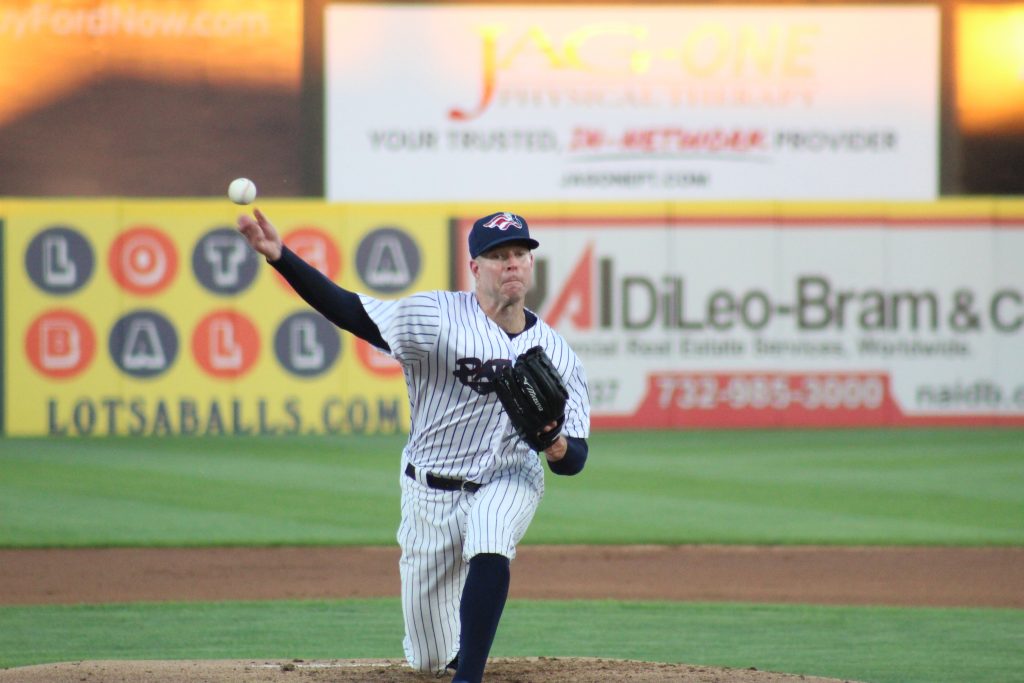 In all, Kluber settled in nicely to complete 3 2/3 innings before being pulled at the 60-pitch mark (39 strikes) in the fourth inning. He allowed five hits, two earned runs to go along with a walk and four strikeouts on the night. While he was not made available for comment following his outing, Patriots pitching coach Daniel Moskos was encouraged by Kluber’s latest start.

“I thought that he executed really well and was living in the parts of the zone that he needs to live in,” Moskos said. “I think that he will continue to get sharper the more that he gets back into his routine and builds up his pitch count, that rhythm; that mid-season form that you have to go re-find after having that long of a time period off.”

Moskos added “They [the Yankees] just need to get his pitch count up, his workload up so that he can be a rotation option for them,” said Moskos. “I check in with him every inning, as you should, and made sure that he felt good and was feeling strong. He always said that he was. He was pretty locked in; he dominates his routine, his pre-pitch, his mid-inning and everything that he does is literally phenomenally consistent.”