Wade Not the Answer to Fill in for Didi 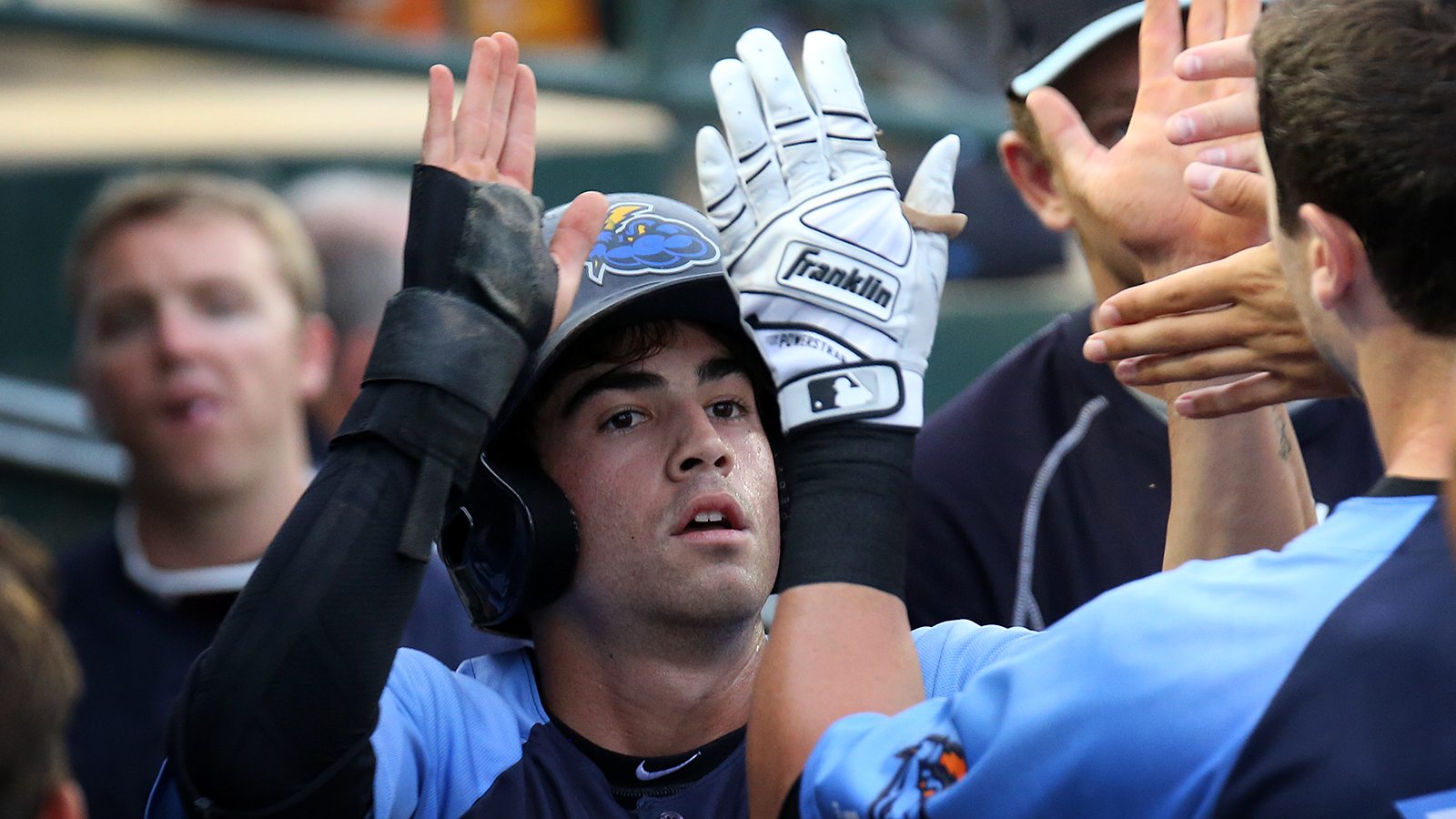 Tyler Wade is a great kid, one who, in the opinion of several big-league scouts, will have an excellent career in the majors.

The 22-year-old native of Murrieta, Calif., has been mentioned as a candidate to fill in for Yankees shortstop Didi Gregorius while he recovers from a shoulder injury. Gregorius will likely miss about six weeks, returning around mid-May.

A few have pointed out Wade has looked good in Spring Training, and he has, batting .341 (14-for-41) with an .811 OPS entering Sunday Grapefruit League play. Take the plunge and put him in April 2 at Tampa Bay, they state. Not so fast, my friends.

Wade is coming off a solid Double-A season, in which he hit .259 (131-for-505) as Trenton’s leadoff hitter. He showed a little pop with 16 doubles, seven triples and five home runs, a solid effort as a 21-year-old performing in a demanding AA league.

Yet, it’s not Wade’s offense that is the concern. He might be able to hold his own at the plate in the American League, although his plate discipline – 103 strikeouts vs. 66 walks – still has room for improvement. It’s his defensive consistency that is the red flag in this corner.

He still makes a lot of errors – 24 at Trenton and four in the AFL for Scottsdale in 2016. He played a decent amount of second base for the Thunder last summer and is being given experience in the outfield as a prelude to being groomed for a super-utility role.

On the positive side, nobody questions Wade’s work ethic and determination to improve. He also knows the Yankees system is loaded with shortstop prospects, with Gleyber Torres naturally leading the way.

“Wade is the kind of kid who will have a great big-league career,” said a scout from a National League West team. “I really like what the Yankees are doing with him with versatility.”

The Yankees’ No. 17 prospect, according to Baseball America, is the type who does not have one outstanding tool, but the sum of his parts add up to a solid major-league utility player. He seems to realize it.

The Yankees are hoping Wade turns into their version of Ben Zobrist, playing some games at shortstop, second base and the outfield. He has shown excellent range at shortstop, the ability to hang in at second on the double play and make an accurate relay, and enough speed and instinctive route-running to play the outfield.

As the scout mentioned, the sum of his parts will make him valuable to the Yankees. As an everyday Yankees shortstop for almost six weeks?  Not at this point.

The best thing for Wade at this juncture is to go to Triple-A Scranton/Wilkes-Barre and continue to progress in his superb-utility role. He could be a Yankee for 10-12 years in that spot.

There are others better-suited, with Ronald Torreyes leading the way, to fill in for Gregorius. Wade also is the kind of playet who takes time to adjust to a new level and the increased speed of the game that accompanies that jump.

His time and role with the Yankees will come. Just not now.