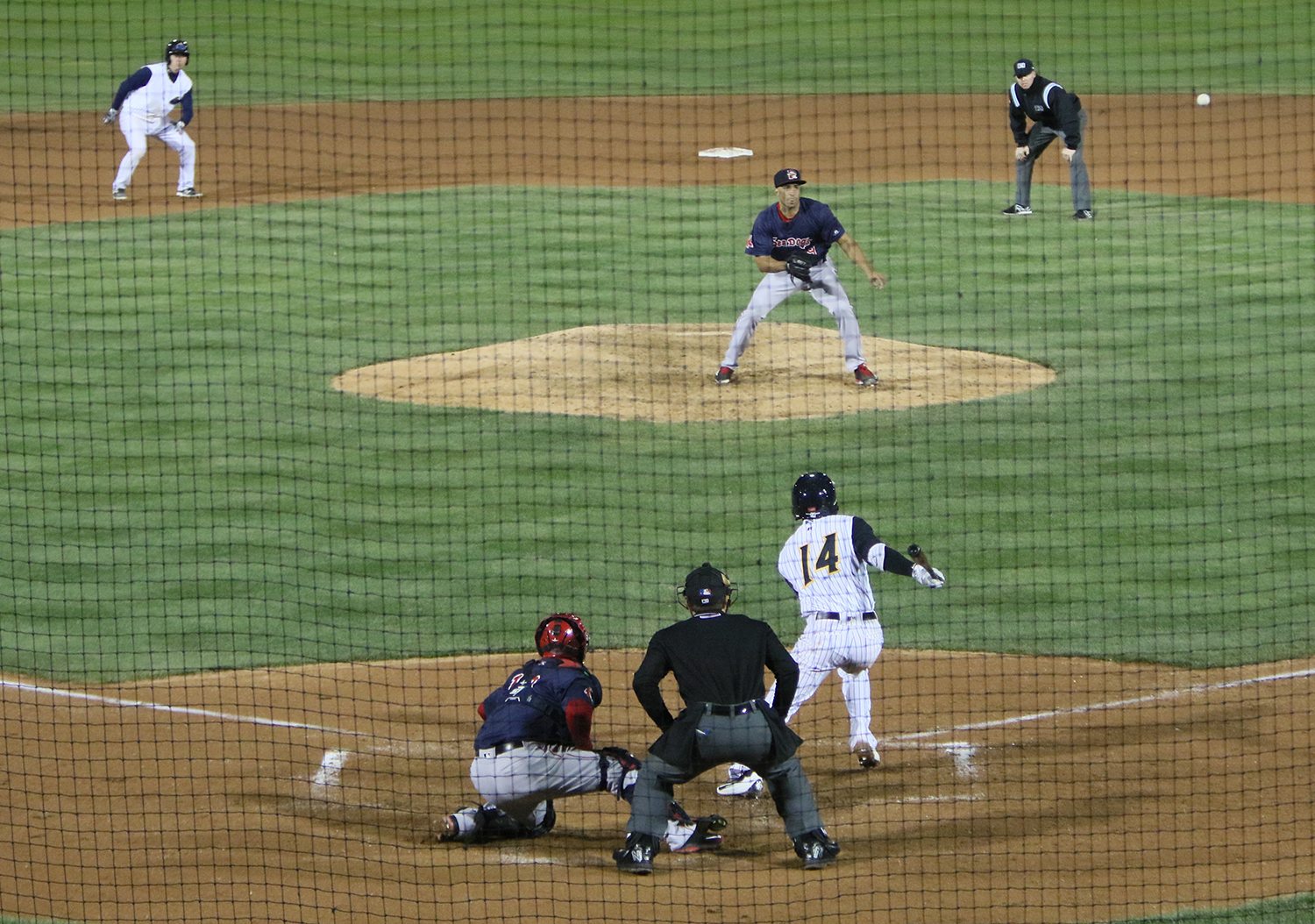 Tyler Wade has found a home in the Trenton Thunder leadoff spot. (Photo by Martin Griff)

TRENTON, N.J. – The Trenton Thunder, the Yankees’ Double-A farm team, may not be winning every game, but something rather nice is happening.

Bobby Mitchell’s club (7-6), which returns home Thursday night to start a seven-game homestead with the Akron Rubber Ducks first in for a four-game series, has found a solid leadoff hitter in shortstop Tyler Wade.

“Last year was just something that was tough on me when I got here,” said Wade, who was signed by the Yankees after being drafted in the fourth round in 2013. “I was pressing. It was a learning experience.

“This year, I feel totally different and am looking to really contribute here.”

That Wade is doing. His defense has been solid, showing good range and reactions. His plate approach is much more focused and in-conttol as the Thunder leadoff hitter.

“So far, Tyler has given us what we need at the top of the lineup,” said Mitchell. “He’s getting on base and helping start the offense.”

Wade, batting from left side, has the 14 hits, 10 walks and a trio of steals. His .444 on-base percentage is perfect for the leadoff spot.

“I love it,” he said about batting leadoff. “I feel real good there. I’m getting good pitches to hit and getting on base. I’ll bat wherever they want me to, but I wouldn’t mind staying at leadoff all season.”

What one has to like about Wade is he is doing what he had to this season after he scuffled in August at Double-A last season. He is one of the younger players in the Eastern League, but is performing like anything but. The key with his offense is he has learned to use his compact swing to his advantage in conjunction with his speed, spraying balls all over the diamond.

Listed as the Yankees No. 7 prospect by Baseball America, Wade gets high marks from scouts for both his effort and ability so far this season. Not many were down on him at the end of last year, attributing a tough month in “growing pains.” Three scouts we talked to predicted Wade, “will have a solid career in the major leagues.”

Several big-league organizations value Wade highly. While his arm is strong, some believe Wade’s future is at second base, a position he could certainly fill in effective fashion. Fans in Trenton may see that in a few months, when shortstop Jorge Mateo  arrives in Trenton. Mateo has already pushed former shortstop Abiatal Avelino, a solid player in his own right, to second at Class-A Advanced Tampa.

For now, Wade is leading off and playing shortstop in Trenton. He answered his personal challenge and is establishing himself in the upper minors. Given his confidence and approach, he seems headed to an excellent 2016 season.