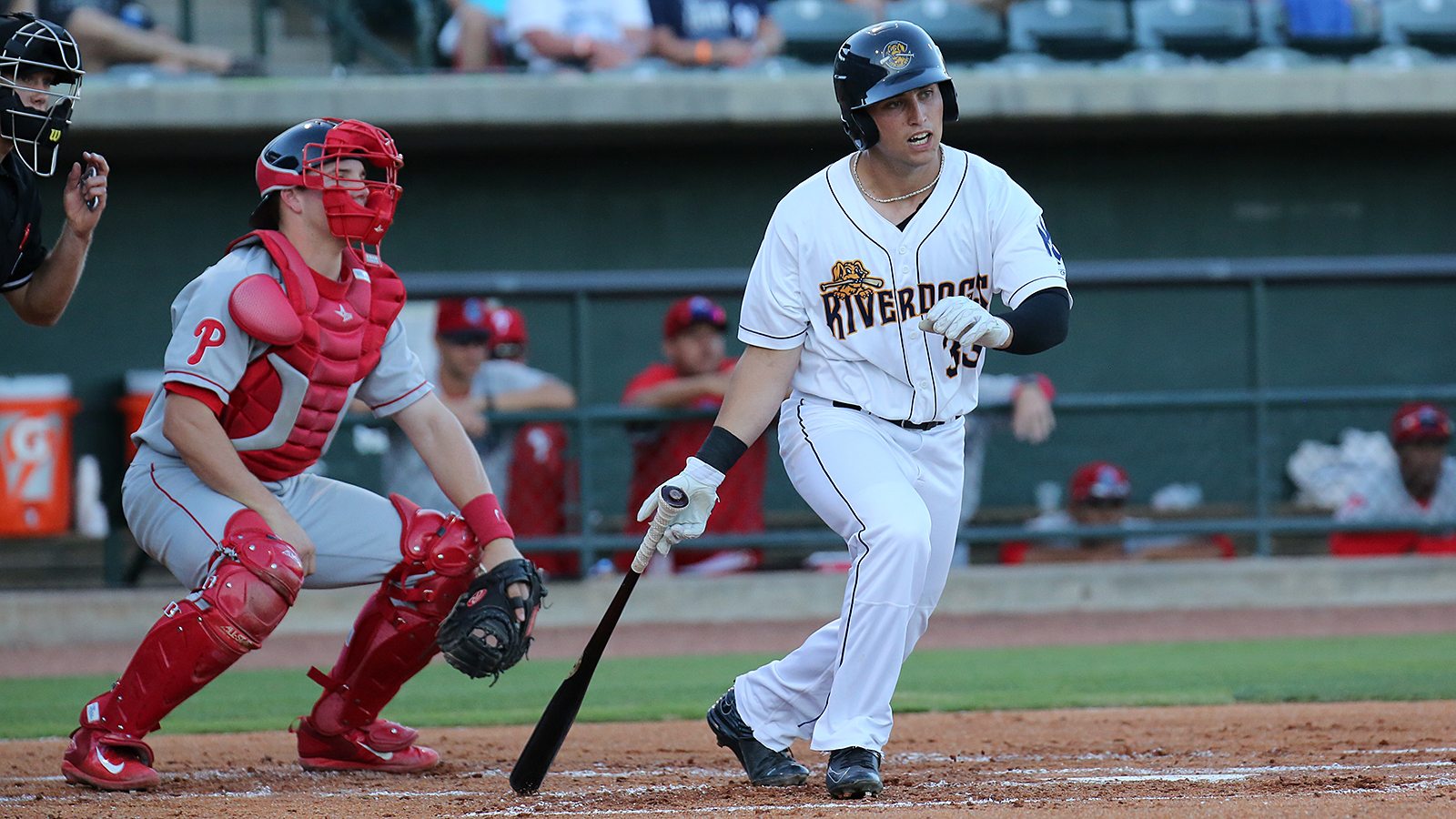 Behind a strong outing from Nick Green and three doubles from Brandon Wagner, the Charleston RiverDogs defeated the Columbia Fireflies 7-1 Friday night at Joe Riley Park. Green (W, 5-6) rebounded from a couple of rough starts to pitch six and two-thirds strong innings for the Dogs.

After two and a half scoreless innings, the RiverDogs broke through in the bottom of the third against Flies starter Thomas McIlrath. After Carlos Vidal flew out to center field, Hoy Park walked. Diego Castillo then singled up the middle to move Park to third. Estevan Florial ripped a scorching line drive to right that plated Park for a RiverDogs 1-0 lead. After Isiah Gilliam hit into a fielder’s choice ground out to wipe out Florial at second, Donny Sands walked to load the bases setting the stage for Brandon Wagner. Wagner hit a deep fly ball into the left field corner out of the reach of leftfielder Jay Jabs. Castillo and Gilliam scored on the play to push the lead to 3-0.

McIlraith (L, 2-1) had not allowed a run before this game in his first two starts and 12 innings pitched with Columbia.

The RiverDogs would tack on a run in the bottom of the fourth on an error from first baseman Brosher on a grounder off the bat of Castillo that would score Park to make it 4-0. In the sixth, Ben Ruta would score on a crazy play in which Park singled and Ruta went to third. He would score to make it 5-0 when the second baseman Vinny Siena couldn’t handle the throw from centerfielder Desmond Lindsay. On the play, Park broke for second, Siena threw the ball away trying to cut Park down allowing Park to advance to third. Castillo would then line a single through the left side of the drawn in infield to drive home Park for the sixth Dogs run.

The Flies would break through against Green in the top of the seventh for their only run of the game. After getting Desmond Lindsay to ground out to third, Green walked Brosher. Jabs then blooped a single into right field. Donny Sands mishandled a pitch for a passed ball to advance the runners to second and third. After Colby Woodmansee popped out to Park at second, Ali Sanchez singled to left field to plate Brosher to make it 6-1 Dogs. Lefty Trevor Lane would relieve Green and get Vinny Siena to lock up on a breaking ball for strike three to end the inning. Green would go six and two-thirds innings allowing six hits and striking out four. Lane would pitch the final two and two-thirds innings allowing just one hit and no runs. The performance from Lane lowered his ERA on the season to a microscopic 0.87.

“(Green) looked outstanding. We made a little tweak in the rhythm of his delivery that slowed him down a little bit and I think that allowed him to really zone and repeat his delivery which paid dividends as he was all over the strike zone with everything. If he can do that and repeat that type of performance, he won’t be here for very much longer. I’m proud of him. He’s coming along nice,” RiverDogs manager Patrick Osborn said.

Brandon Wagner was the offensive hero for the RiverDogs going 3-for-4 with three doubles driving in three runs. He was responsible for driving in the final Dogs run of the night in the seventh when he hit a laser into the right field corner to score Donny Sands.

“(Wagner’s) swung the bat really well in Asheville and he carried it over to today. He looked really comfortable. He and Ty Hawkins have been connected at the hip ever since Ty got here. It’s starting to show. He’s kind of had of had an up-and-down first half but now he’s locked in and hopefully he can keep it going,” Osborn said.

“Pitchers got into fastball counts because guys were on base the whole night. Just attack first pitch fastballs and hit it,” Wagner said of his approach. “It’s just teammates getting on base and pitcher’s got to attack you because they don’t want to walk with the bases loaded.”