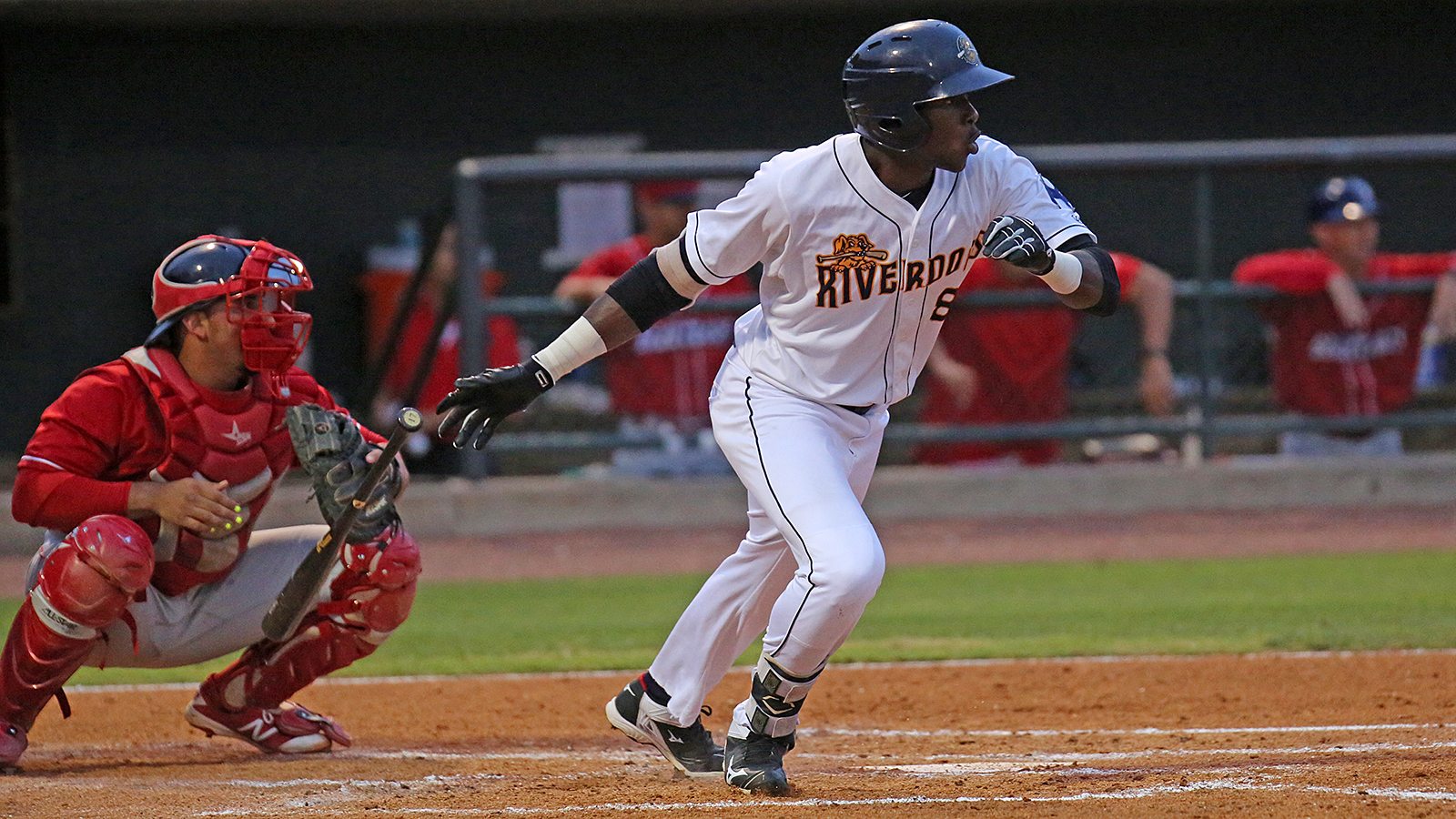 Behind a strong start from Luis Escobar, the West Virginia Power defeated the Charleston RiverDogs 4-2 Tuesday night at Joe Riley Park in Charleston.

The RiverDogs (26-25) broke through first against Escobar in the second inning. Brandon Wagner led off the inning with a lead off single to center field. He would advance to second on a passed ball during Ben Ruta‘s at-bat. Ruta would line out to left field. Oswaldo Cabrera singled to left field bringing home Wagner from second for a 1-0 Dogs lead.

The Power (23-25) would strike back in the third off Dogs starter Brian Keller. After retiring Sandy Santos flying out to right field and striking out Ty Moore, Keller gave up a single to Adrian Valerio. Keller would hit Clark Eagan with a pitch placing runners at first and second. Albert Baur singled to center field and Valerio scored to tie the game at one.

West Virginia would take the lead for good in the fifth. Keller walked Santos with one out and then Moore singled to right to put runners at first and second. Valerio (3-for-5, 2 RBI)lined a ball to right field to score Santos and give the Power a 2-1 lead. Eagan followed up with another base hit to left to score Moore and extend the lead to 3-1.

Estevan Florial (2-for-3, HR, 3B) would end up hitting a home run off Jordan Jess in the eighth to bring the Dogs within 3-2. That’s as close as they would get though. The Power tacked on an insurance run in the top of the ninth inning. Santos doubled and would come around to score on Valerio’s RBI single to right field to make it 4-2. That would be the final as the Dogs would go quietly in the ninth.

Keller (L, 3-5) went seven innings, allowing eight hits and allowing three runs, all earned. “I thought he threw the ball pretty well. He just had the hiccup in the fifth inning and it ended up costing us,” RiverDogs manager Pat Osborn said of Keller’s start.

Escobar (W, 5-2) pitched six innings allowing just three hits and striking out five. “They pitched well, we didn’t swing the bats real well. A couple of clutch hits by them put them over the top and we weren’t able to make the comeback so on to tomorrow,” Osborn said.

The RiverDogs face the Power in the finale of the series and the homestand for an 11:05 AM morning start. The RiverDogs then head to Greenville to play the first place Drive in a four game weekend series before returning home against Asheville on June 6 for a three game series.