Where the Yankees Depth Is... 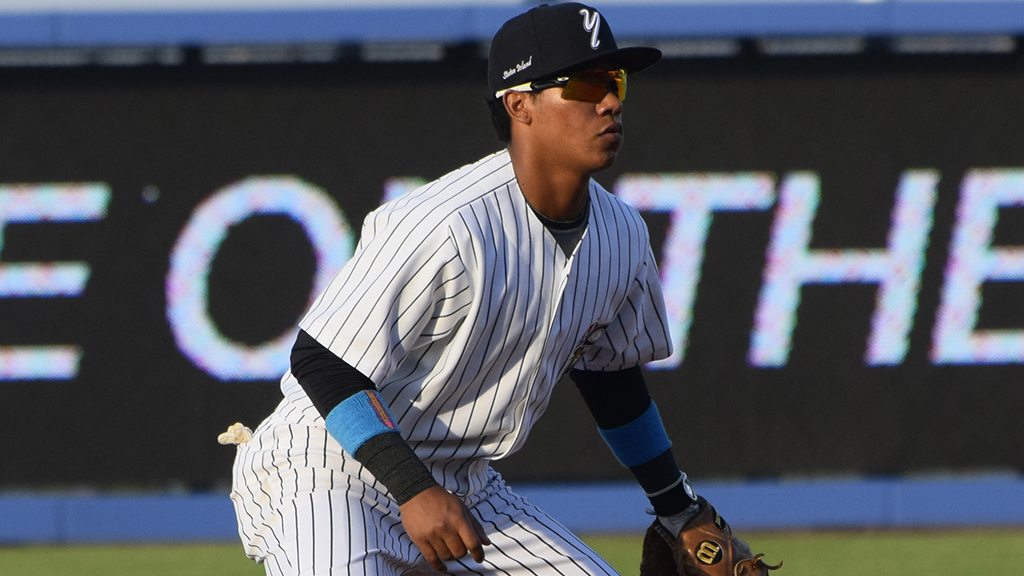 For the past few years, the New York Yankees organization was able to boast of its stable of catching prospects. Not only was there some promise on the defensive side of the ball with Francisco Cervelli, John Ryan Murphy, and Austin Romine, but the bats of Gary Sanchez, Peter O’Brien, and Jesus Montero gave the impression that some power was on the way. The depth at that position led many to believe the catching position would be filled internally for years to come. So what happened? The Yankees signed Brian McCann to a five-year free agent contract and turned Montero, O’Brien, and Cervelli into Michael Pineda, Martin Prado, and Justin Wilson. Such it is with depth at the minor leagues. At the very least, it gives a team options.

Depth should be considered as not only having a significant group of prospects but having them spread throughout the levels of the system. Here are the three positions in the Yankees organization currently featuring the most depth.

Relief pitchers, by their very nature, are volatile. Because they aren’t starters the implication is they lack an arsenal of more than two usable pitches, which means if they flame out as relievers they are done. There is also the generally high injury rate for pitchers with which they contend. In that sense, an organization needs depth in the bullpen, and the Yankees have a large number of guys with legitimate Major League hopes. The organization seems to have made an effort in the draft to bring in guys who can move through the system quickly as relievers.

Just added to the 40-man roster were right-handers Danny Burawa and Branden Pinder, joining Jose Ramirez to give the Yankees three hard-throwers a phone call away from the Bronx. All three of those pitchers could be in an outrageous Scranton bullpen with 2014 top pick Jacob Lindgren, fast-risers Tyler Webb and Nick Rumbelow, and former meteor Mark Montgomery. Zach Nuding is another pitcher with AAA experience who has been a starter but whose stuff may play better out of the bullpen.

Right behind that group is lefty James Pazos and righty Nick Goody, who should both be at Trenton but may make it difficult to keep them there for very long. A recovering Dietrich Enns would deserve a mention in this tier, but he will likely open the year on the disabled list coming back from Tommy John surgery. Perhaps it will be righties Philip Walby and Phil Wetherell taking a step forward into the upper tier of relievers in 2015.

Lindgren, Webb, and Rumbelow showed how quickly relievers can ascend from the lower minors, and based on 2014, pitchers like lefties Rony Bautista and Evan Rutckyj and righties Conor Mullee and Cesar Vargas have the stuff to catch fire next season and become very interesting guys. The name Joseph Harvey has also been mentioned as one to watch for 2015.

The current 40-man roster of the Yankees includes eight outfielders, and three of those have seen no Major League time. Mason Williams and Tyler Austin, who were just added, and Ramon Flores, who at only 22 is entering his third year on the 40-man, could either push for September time or be important injury replacements if they play well enough in 2015. Slade Heathcott was bumped from the 40-man, but he should remain in the organization and could still be a significant prospect when healthy.

Coming up right behind that group are Aaron Judge and Jake Cave. Judge has moved into the upper tier of prospects in baseball, and Cave has performed well in all facets of the game. Guys like Ben Gamel, Taylor Dugas, and Mark Payton deserve a mention as potential Major League players who don’t project to have high ceilings and can force their way onto a roster with continued outstanding play.

At the lower levels, sleepers like Dustin Fowler, Michael O’Neill, and Kendall Coleman have the physical ability to become exciting players, and they could shortly be joined by Leonardo Molina and Alexander Palma from the rookie league. Throw in newly-signed teenagers Juan De Leon and Jonathan Amundaray and this could be a very interesting group by the end of 2015.

Believe it or not, despite the near desperation of the Yankee organization to find someone to play short at the Major League level, there is actual depth being built in the lower minors. In 2015, interesting players Ali Castillo and former first-rounder Cito Culver should be manning shortstop in the upper levels of the system, and the Major League starter will be 25 years old, but it gets more interesting from Tampa on down.

Abiatal Avelino, Tyler Wade, and Thairo Estrada will be vying for playing time, and Angel Aguilar and the guy with a lot of eyes on him now, Jorge Mateo, will be right behind them. Hyo-Joon Park, Diego Castillo, and Wilkerman Garcia are all teenagers signed this year, and all project to stick at short. In a game now very thirsty for shortstops, the Yankees could be developing some attractive depth.