Who is Ben Heller? 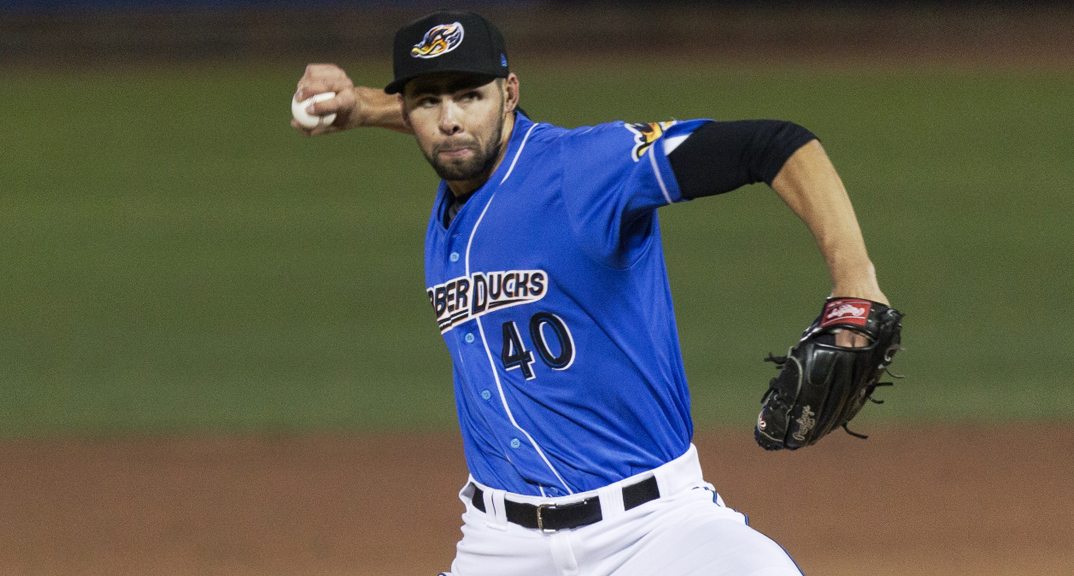 If the Yankees were looking for some to replace Andrew Miller in not too long a time, they might have found their man in right-hander Ben Heller, who was rated the second-best right-handed relief prospect in the Cleveland system.

He started the 2016 season at Double-A Akron and was sensational, recording numbers of 1-0. 0.55 with seven saves in 15 games. He struck out 23 and walked just five. After a promotion to Triple-A Columbus, Heller kept things rolling at 2-2, 2,49 with five saves and a strikeout/walk ratio of 25/7.

A starter in college, the Indians quickly converted him to reliever, and he is proving to be one of baseball’s all-time bargains, having received just a $2,500 bonus. He bad four pitches as a starter at Olivet Nazarene, but now throws only a fastball and a slider.

What has the Yankees excited is his fastball sits at 97 and has hit 100 mph on occasion. His slider is a dipping, snapping pitch that gives batters headaches. He has improved both his mechanics and matured as he has moved through the Indians system and with the makeup to be a closer.

He will likely join the Scranton bullpen and, if all goes well, could get a look as a September call-up. He fits the Yankees 2017 bullpen plans.