Who is Chasen Shreve? 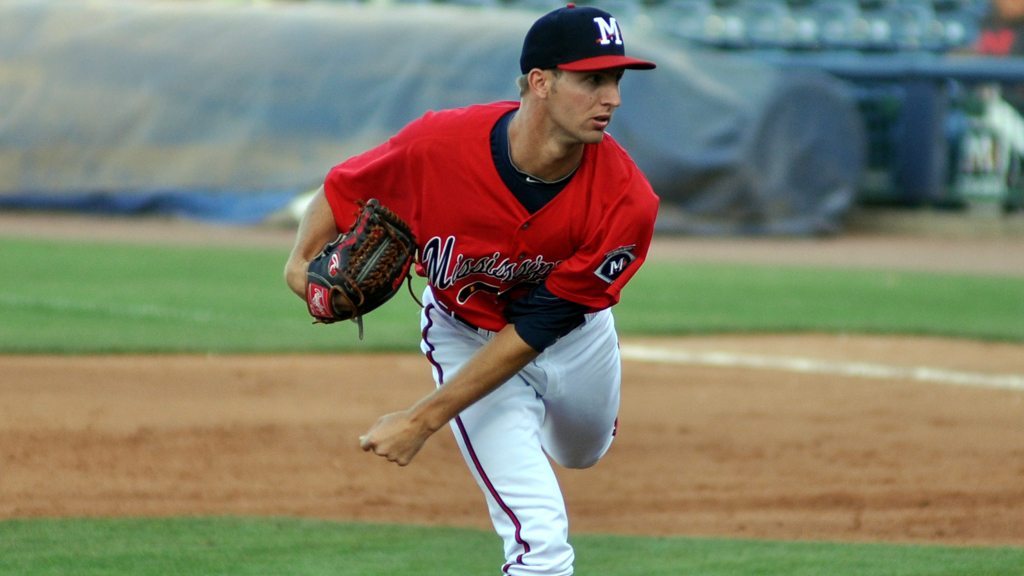 The Atlanta Braves drafted Chasen Shreve in the 11th round of the 2010 First-Year-Player Draft out of the College of Southern Nevada. The former teammate of Bryce Harper made his professional debut in the summer of 2010 with the Danville Braves of the Rookie-level Appalachian League where he was 2-0 with a 2.25 ERA in eight games, tossing 16 innings and striking out 20 while walking just 3.

Shreve got his first taste of Double-A in 2012 when he threw 18.1 innings in 11 games, earning a 2-1 record with a 3.93 ERA. After a strong start in High-A in 2013 he got another chance at Double-A but success did not follow as his ERA almost doubled to 4.43 from the 2.75 he had with the Lynchburg Hillcats. At the time his fastball was only sitting between 86 to 90 miles per hour.

Chasen’s struggle continued when he started the 2014 season in Double-A, until he went to his pitching coach and said “I can throw hard if you want me to. I choose not to, I choose to spot up,” according to Chop Country. After that meeting he amped up his fastball, going from 91 miles per hour to averaging 94 each game.

The success earned Shreve his first shot at the big leagues. In 15 games with the Atlanta Braves in 2014 he threw 12.1 innings where he struck out 15 batters, walked 3 and earned a 0.73 ERA. At 24 years old is poised to start the 2015 season in Triple-A with the Scranton/Wilkes-Barre RailRiders. He is likely to earn a chance to earn a promotion to The Bronx at some point during the season.