Who Is Erik Swanson? 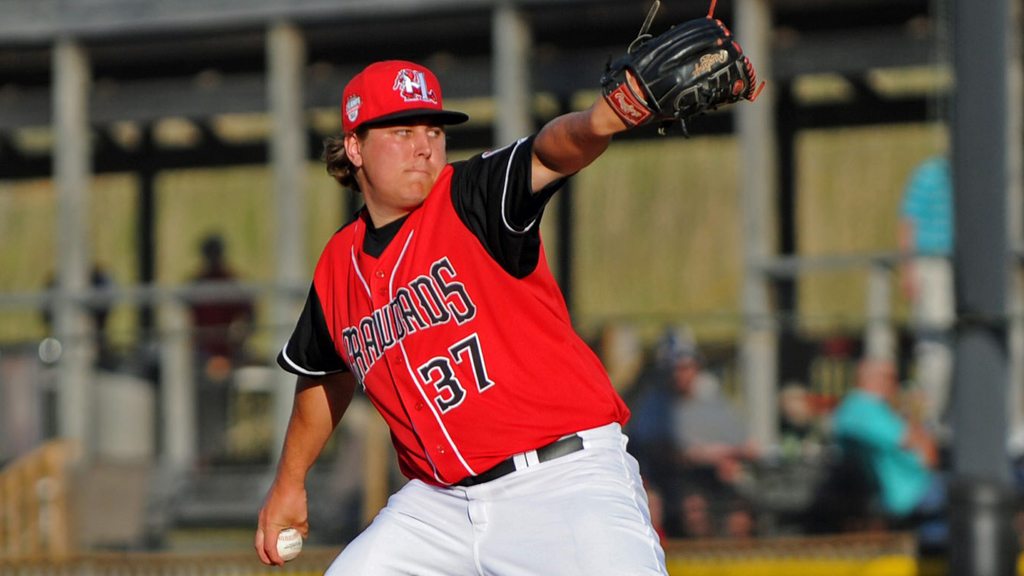 Earlier today the New York Yankees acquired the Texas Rangers fifth best prospect in Dillon Tate, along with minor leaguers Nick Green and Erik Swanson in exchange for Carlos Beltran.  But who is Erik Swanson?

Swanson, 22, was the Rangers eighth round draft pick in the 2014 First-Year-Player Draft, taken 1-round after fellow new Baby Bomber Nick Green.  The right-handed pitcher was drafted out of Iowa Western Community College but was signed to go to the University of Pittsburgh.  After signing with Texas, he reported to the Spokane Indians of the Northwest League to start his professional career.  In 15 games, all in relief, he owned a 1-2 record with a 4.63 ERA and 24 strikeouts in 23 1/3 innings.

The following season he would have a brief 1-game appearance in the Triple-A Pacific Coast League with the Round Rock Express, striking out two batters in an inning before reporting to the Frisco RoughRiders for a game.  There he walked 2 and struck out one while allowing a run on two hits for the Rangers Double-A affiliate and on June 21 he would head to the Hickory Crawdads where he would spend the majority of the season.

With the Crawdads Swanson appeared in 7 games, striking out ten batters in 12 1/3 innings but his season would end after suffering a forearm flexor strain.  He would return later in the year for a 1-game rehab stint with the Arizona League Rangers but by then the season was just about over.

This year he returned to Hickory as a starting pitcher, starting 15 out of the 19 games he has appeared in earning a 6-4 record and a 3.43 ERA.  His success earned him a spot in the 2016 South Atlantic League All-Star Game.

In an interview with Crawdads Beat Swanson talked about his success this season.  Stating that his main focus this year was to stay healthy. “Last year, coming up here at the all-star break and pitching for about a month and then getting hurt and missing the rest of the year, my main focus this year was to stay healthy. Making the all-star team was another goal of mine coming in here and playing for Hickory. It was a pretty good accomplishment that I was able to do.”

Crawdads Beat also reported that Swanson has a mid-90s fastball, that has topped out at 98 MPH as well as a changeup and a slider.  With those three pitches, he figures to head to the rotation of the Charleston RiverDogs once he reports to the Yankees.