Who is Gleyber Torres? 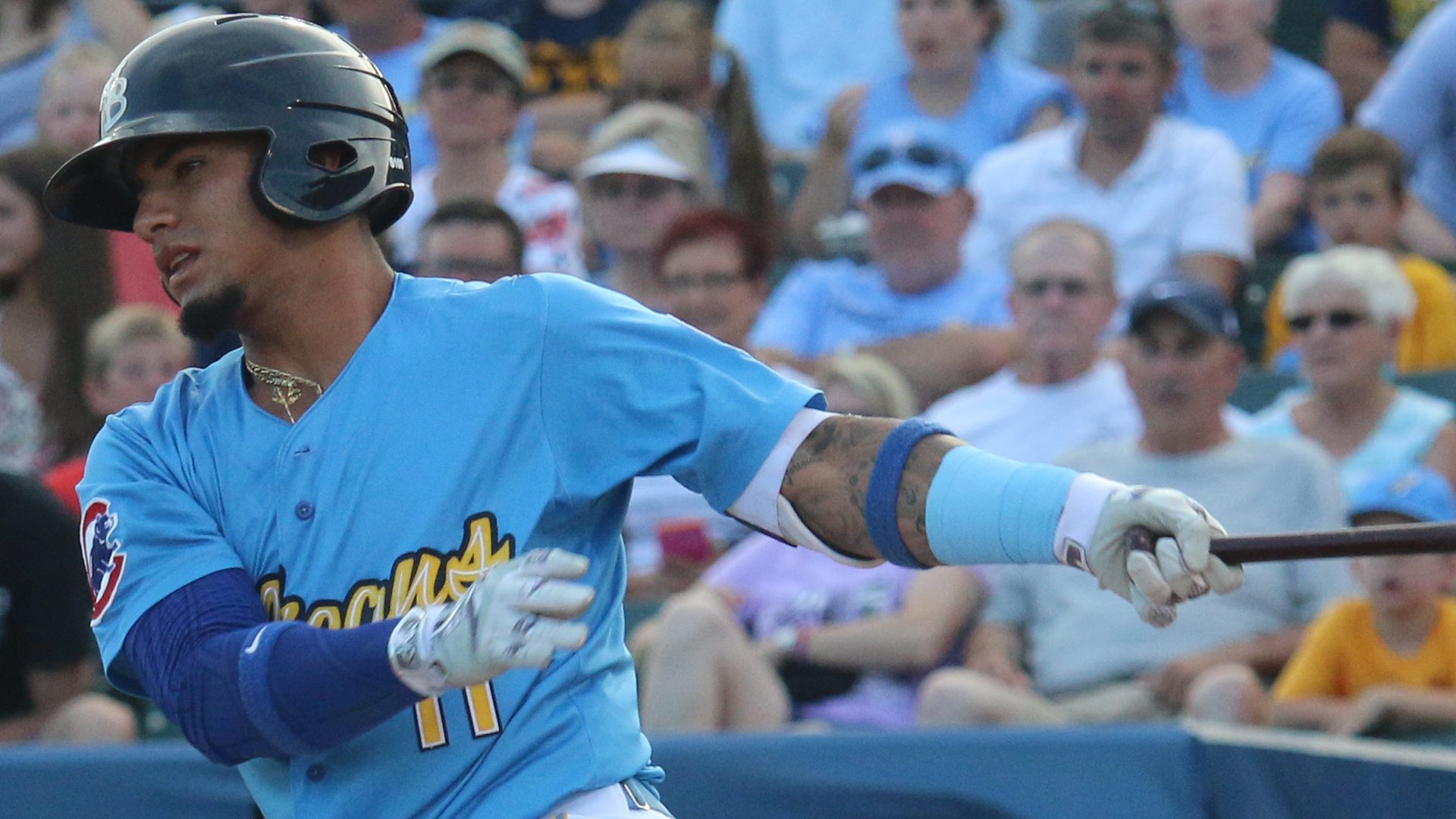 Gleyber Torres was the centerpiece of the trade with the Cubs, but who is the newest Yankees prospect? (Larry Kave/Myrtle Beach Pelicans)

On Monday afternoon, the Yankees completed a mega-deal that netted them four players from the Chicago Cubs in exchange for closer Aroldis Chapman. The lucrative package going to New York includes the crown jewel of the Cubs farm system, 19-year old shortstop Gleyber Torres.  The deal which was first reported completed by Jon Heyman.

Torres was signed by the Cubs in 2013 as an international free agent out of Venezuela for $1.3 million dollars, and he has quickly cemented himself as one of the premiere prospects in the game. Just last week, Baseball America ranked Torres as the number 27 prospect n the game in their midseason top-100 list. After a slow April start for the High-A Myrtle Beach Pelicans in which he hit just.179, Torres has improved his approach and is hitting .275 with nine homers, 47 RBI, and 19 stolen bases overall this season.

In his first full-season of professional ball in 2015, Torres hit .287 with three homers, 64 RBI, 22 stolen bases and posted a .346 on-base percentage between Low-A South Bend and Myrtle Beach.

Scouts regard Torres as a dynamic and mature five-tool prospect who has a strong-arm defensively with a quick right-handed stroke at the plate. He stands at 6’1″ and weighs in at 175 pounds; a frame in which most believe will allow him to stick at the position but also believe he would have no issue making a transition to third base in the future.

“He is very good defensively,” one AL East scout told Pinstriped Prospects. “I honestly think that his glove is ahead of his bat right now. He has tremendous range at a premium position, and he is one of the youngest players in the Carolina League. I think he has 15 home run potential.”

With Torres now in the fold, it will be fascinating to see where the Yankees assign him for the remainder of the season. Jorge Mateo has struggled since early June and is coming off a disciplinary suspension down in Tampa. Tyler Wade has an all-star first-half for the Trenton Thunder but is still working on improving his plate approach and defensive skills. Both are considered versatile enough to play second base, or one could be promoted to make room for the other. We will find out soon enough.