Who is J.P. Feyereisen? 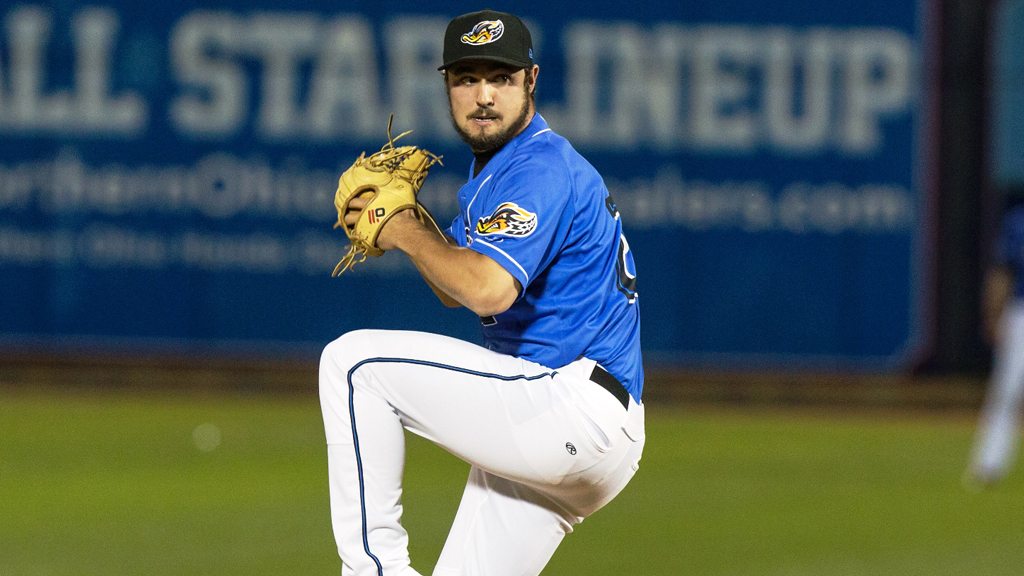 In J.P Feyereisen, the Yankees acquire another piece that could eventually help both their bullpen depth and the Double-A Trenton Thunder’s quirky for an Eastern League playoff berth and possible Eastern Division title.

A 6-foot-2, 215-pound right-hander who is a native of River Falls, WI, and pitched collegiately at Wisconsin-Stevens Point.  Feyereisen has been the bulwark of the Double-A Akron bullpen this season as the Aeros battle for the Eastern League West crown and a playoff berth, Now, he will give the Trenton bullpen, which recently lost closer Jonathan Holder to Triple-A Scranton, just the boost it needs.

A 16th-round pick in the 2014 draft, Feyereisen has made 33 appearances for the Rubber Ducks, putting together a 4-3, 2.23 mark with five saves. His strikeout/walk ratio is 56/20. His primary tools are a 94 mph fastball he spots on both sides of the plate and a sharp-breaking slider. He also can throw a curve and a changeup.

Feyereisen takes an intense attitude to the mound and credits his 2014 season in the collegiate Northwoods League with helping him learn the feel of being a late-inning reliever pitching high-leverage innings.

The Indians were quite pleased with his progress this year, liked his competitive nature and felt he could help them in 2017. The Yankees will now get the benefit of all that,