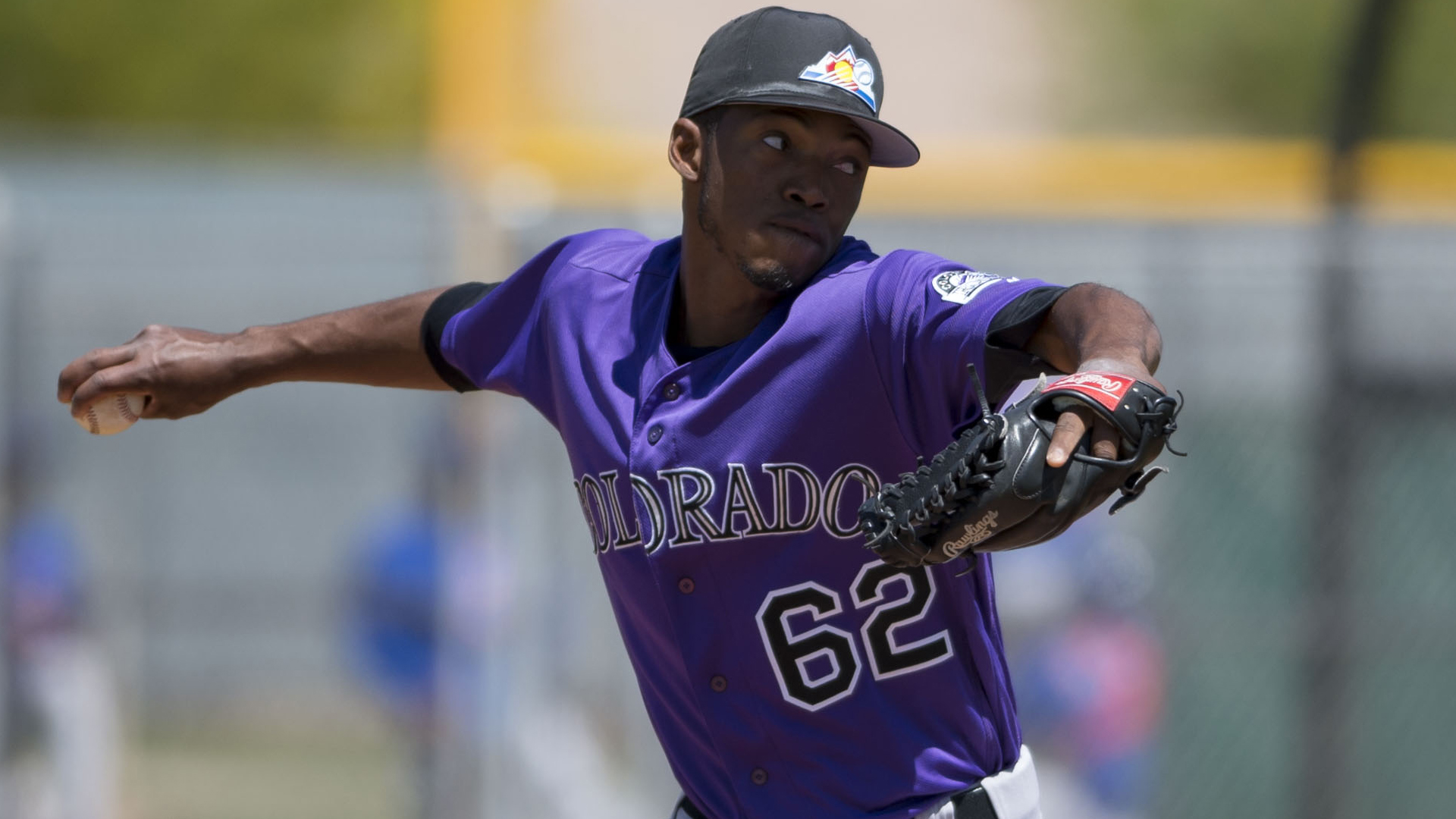 Colorado Rockies relief pitcher Jeffrey Valdez (62) delivers a pitch to the plate during an Extended Spring Training game against the Chicago Cubs at Sloan Park on April 17, 2018 in Mesa, Arizona. (Zachary Lucy/Four Seam Images via AP)

The trade, which can be considered a minor one for both teams, means that instead of losing Foley to another team in the draft that they receive a young player that has potential and does not need to be protected this year.

But who is Jefry Valdez, the young Dominican-born player the Yankees got in return?

A quick look at the statistics paints an interesting picture.  In 87 career minor league games across four seasons, he has struck out 127 batters in 102 1/3 innings of work.  Striking out 11.17 batters per nine innings.  But his walks and hits have not been in his favor, pitching to a 1.34 career-WHIP.

Another thing to note is that the 23-year old right-hander has not yet pitched above the short-season level.  He has spent the bulk of his playing time in the Rookie-level leagues with both the Dominican Summer League Rockies and the Grand Junction Rockies.

This past season Valdez pitched for the Boise Hawks of the Northwest League, where he was 3-1 with a 5.82 ERA and 45 strikeouts in 34 innings. He allowed 48 hits and nine walks while being touched for two home runs and hitting three batters.

Valdez is a three-pitch pitcher with his calling card being his fastball that is around 92-95 miles per hour; he backs it up with a 79-81 mph changeup and an 82-85 mph slider according to our friends at Baseball Census.  All three of his pitches are still developing, his slider has shown occasional 10-to-4 break but lacks the consistency to be a real out pitch right now.

He has the tendency to let his emotions get the best of him on the mound.  Combine that with a violent release it is no wonder he has had command issues.  At times he tends to overthrow his pitches, which hurts him especially with his slider which flattens out when he does.

That said there is some potential in the young pitcher.  He has a projectable frame with a high 3/4 release at 6-foot 1-inch and 165 pounds and as he develops could increase his fastball velocity by a tick or two.  He puts good spin on his pitches, which at times makes it difficult for the hitters to judge where the pitch is going, leading to a lot of swing and misses.

Valdez is not going to be in the top 50 Yankees prospects, but he is an intriguing arm that could turn into something.  The Yankees have one of the best farm systems to develop pitchers in baseball, and there is no doubt that work with Danny Borrell and others that they can try to get more out of him than what he has shown in the Rockies organization.