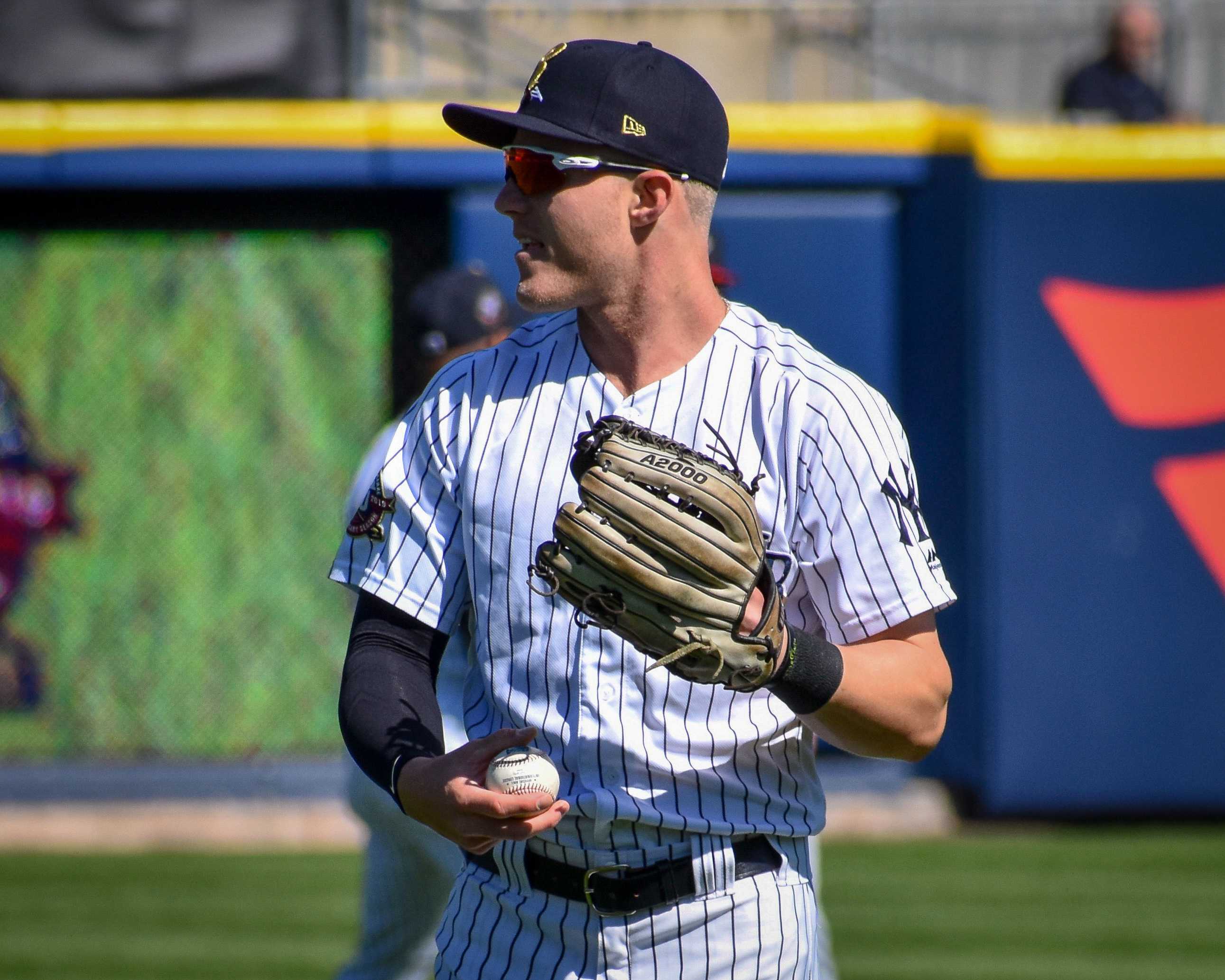 The injury bug has reached the minor leagues for the Yankees. Outfielder Trey Amburgey was placed on the 7-day injured list on Thursday afternoon prior to the Railriders game against the Lehigh Valley Iron Pigs. He had gotten hurt following his RBI double on Tuesday, and was hobbling off the field. Manager Doug Davis had said it was a leg injury.

Then on Wednesday, shortstop Kyle Holder tried to steal second and hurt his left knee on an awkward slide into the bag. He limped off the field, and it seems he will be out a little while. As of Thursday, there is no update on how serious the injury is. Nevertheless, the Railriders will have to rely on other guys in the lineup to step up in Holder and Amburgey’s absence.

In addition to the injuries, Miguel Andujar was called back up to the Yankees prior to Thursday’s game after Gleyber Torres had tested positive for COVID-19.

Prior to getting hurt, Amburgey had been off to a very fast start to the 2021 minor league season. He had gone 10-for-22 (.455) with three home runs, 12 RBI, and six runs scored through the first six games. His RBI hit on Tuesday started the scoring in the Railriders’ six-run fourth inning. It is not only a tough situation for the team but also, of course, for the 26-year-old outfielder. He was in a zone and would have liked to have kept the momentum going. But being that it is so early in the season, he will hopefully not be out too long and can pick it back up again.

“It hurts losing both those guys, you feel for them,” Railriders hitting coach Casey Dykes said. “Especially this early in the year and you hope they can recover and bounce back. I think that’s the silver lining.  It’s still a long season and we hope they can get back.”

Ryan LaMarre is someone who will need to step up while Amburgey is out. The former second-round pick by the Cincinnati Reds came into Tuesday’s game to pinch-run for Amburgey following the injury. He wound up scoring in that inning and then walked and grounded out in his two plate appearances. LaMarre was the starting left fielder in Wednesday’s game and went 2-for-4 from the fifth spot in the order. On Thursday night, he started in center field and picked up a two-RBI blooper over the leaping try of second baseman C.J. Chatham in the fifth to extend the Railriders lead. The Michigan native will continue getting starts as long as he keeps hitting.

As the corresponding move of putting Amburgey on the injured list, Zack Zehner was called up to Scranton/Wilkes-Barre from Somerset. Zehner had played three games for Somerset and went 3-for-8 with one RBI, two runs scored, and walked four times. He will be the Railriders’ fourth outfielder until Amburgey comes back. Zehner played in 55 games for them back in 2019 and hit .266 while smashing nine homers. The fan-favorite outfielder will add an extra flair to the roster.

Holder had only gone 3-for-22 in the first seven games, but before the injury, he had picked up his fourth hit. The former Rule 5 draft pick has always had more value in his defense at shortstop than his hitting. Holder was returned to the Yankees by the Reds this spring. The Reds had picked him up from the Philadelphia Phillies in January. The Phillies had picked him up from the Yankees in the December Rule 5 Draft.

Following the injury, Andrew Velazquez had entered the game as a defensive replacement in the second inning. He came up big in the eighth inning as he drove in the tying run on a sacrifice fly. On Thursday, the former seventh-round pick of the Arizona Diamondbacks started at shortstop and went hitless in four at-bats. Velazquez brings a similar level of outstanding defense as Holder does, so there isn’t much falloff there.

“It just means more situations and at-bats for other guys,” Dykes continued. “Those guys prepare whether they’re in the lineup or not. I have been super impressed with how the entire offense has prepared on a day-in and day-out basis. For situations like this, where you’re maybe not going to get as many off days. You’re going to playing and be in the lineup more consistently. That’s why you prepare the way you do and those guys will be ready. Especially Velazquez, he’ll be fine, and anybody else who gets in there because of those injuries.”

Infielder Cristian Perez was promoted to Scranton/Wilkes-Barre from Hudson Valley as the corresponding move to Andujar going up to New York. The Yankees acquired Perez from the Kansas City Royals in December 2019 for former top prospect Chance Adams. The Venezuelan-born infielder had gone 2-for-10 with one walk and two runs scored in the three games he played at Hudson Valley.