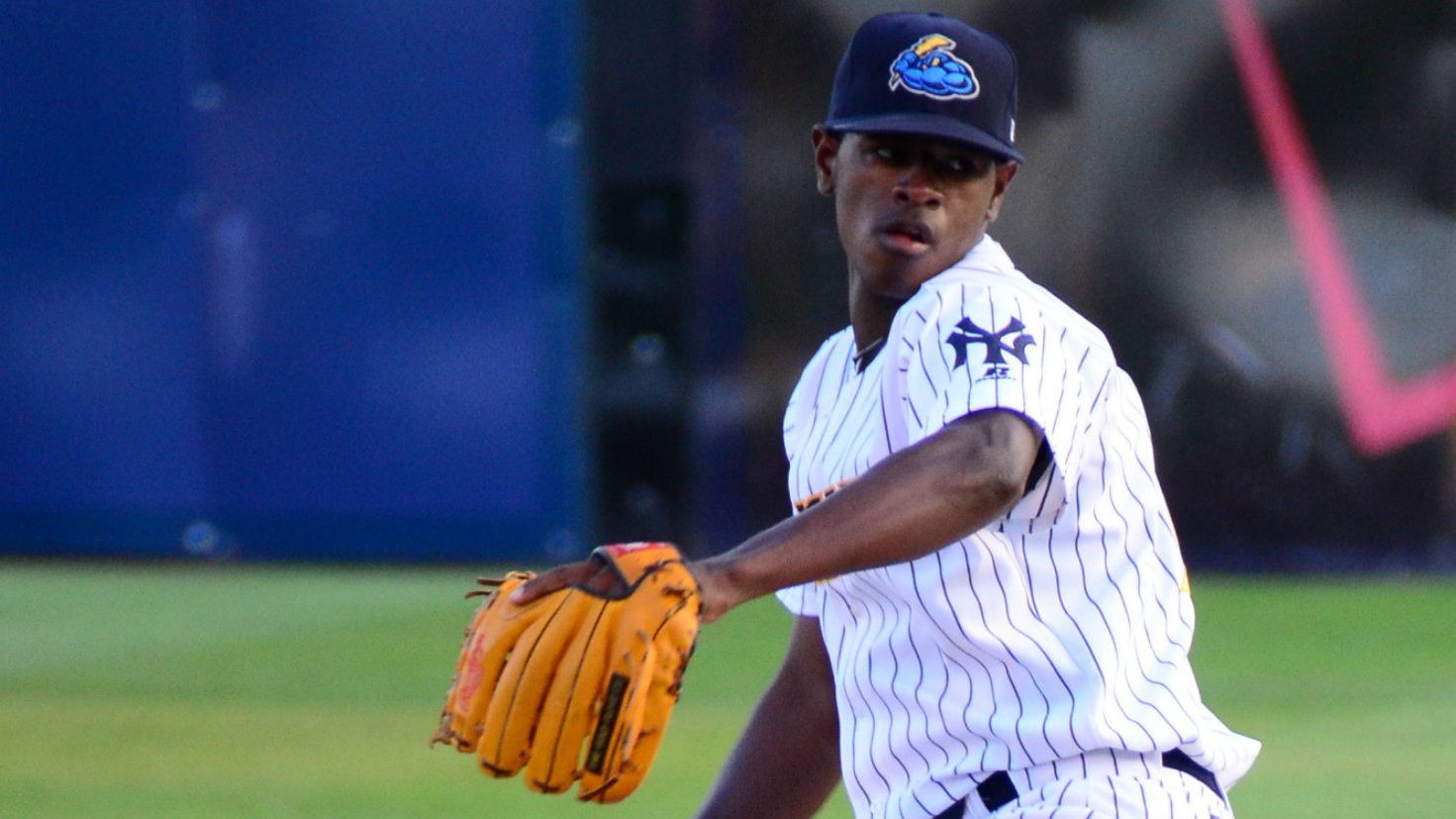 The 2015 Trenton Thunder will be one team that prospect watchers will want to see. The Yankees’ Eastern League affiliate is lined up to have a team filled with top prospects such as Luis Severino, Greg Bird, Aaron Judge and even more.

Starting with the starting pitchers the Trenton Thunder will have ace Luis Severino, the number one prospect in the Yankees system according to MLB.com and Baseball America. Severino turns 21 in February and is looking to continue what he started this year. He will likely be joined by returnees Jaron Long and lefty Dan Camarena. Left-hander Miguel Sulbaran has definitely earned a promotion to Trenton with a 4-5 record, 3.49 ERA in 23 games between the Florida State League and South Atlantic League. All 20 of his starts came with the Tampa Yankees. Also likely to see time in Trenton will be lefty Connor Kendrick and right-hander Brett Gerritse.

In the Trenton bullpen expect to see Phill Wetherell, Caleb Cobham, Eric Wooten and possibly Eric Ruth or Diego Moreno return. Alex Smith who had a good season with the Tampa Yankees but struggled in the Arizona Fall League can find himself in the New Jersey capital come opening day. He can be joined by the likes of Kyle Haynes, Cesar Vargas, Chris Smith or lefties Dietrich Enns and Evan Rutckyj.

Behind the plate expect to see Kyle Higashioka, Trent Garrison, or Wes Wilson. All three have could find themselves on the roster.

The infield is where fans will see some top talent as Greg Bird is expected to begin the year as the Thunder’s regular first baseman. Third base prospects Dante Bichette Jr. and Eric Jagielo can be expected to man the hot corner with shortstop Cito Culver and second baseman Angelo Gumbs rounding it out. Zach Wilson will likely split time between left field and first base through the year with Jose Rosario playing where necessary as a utility player.

Trenton’s outfield will boost some of the Yankees top talents with center fielder Mason Williams likely to repeat the level and Jake Cave to join him. But everyone’s eyes will be on Aaron Judge as he is likely going to man right field for the Thunder. Others who you might be able to expect are Yeicok Calderon and Claudio Custodio.