Will Gary Sanchez experience a renaissance in 2019? 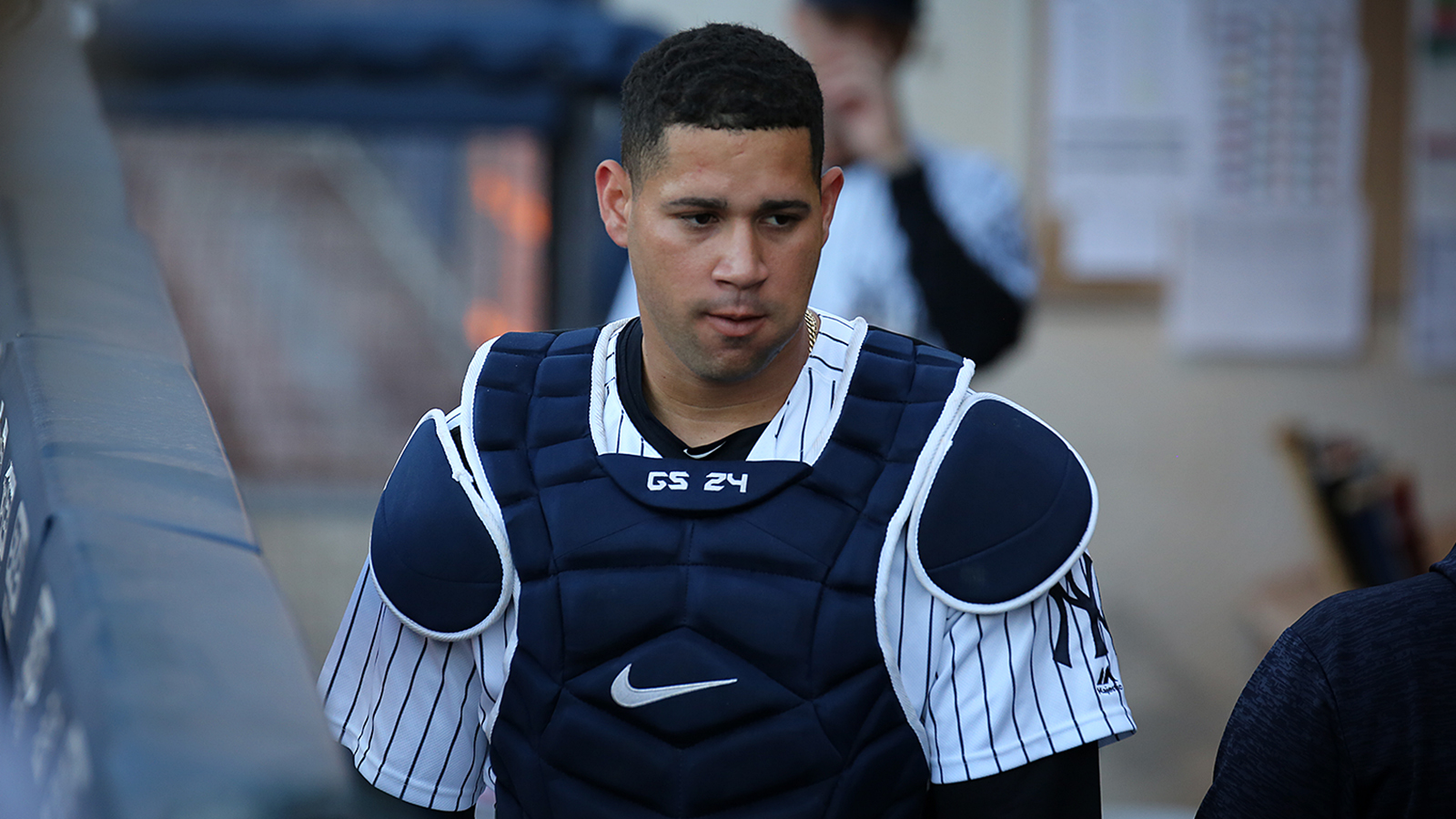 Gary Sanchez was the center of scrutiny for much of the 2018 Yankees season. He more or less deserved it. After all, Sanchez had by far his worst season as a professional, slashing .186/.291/.406 with 18 home runs and 51 RBI. He had a poor .304 wOBA as well as a not-so-stunning 89 wRC+. This all culminated in a 1.4 WAR. He was terrible, and he and others understand a lot of the blame that he was getting throughout the season. For 2019, however, the outlook for Sanchez is albeit positive. 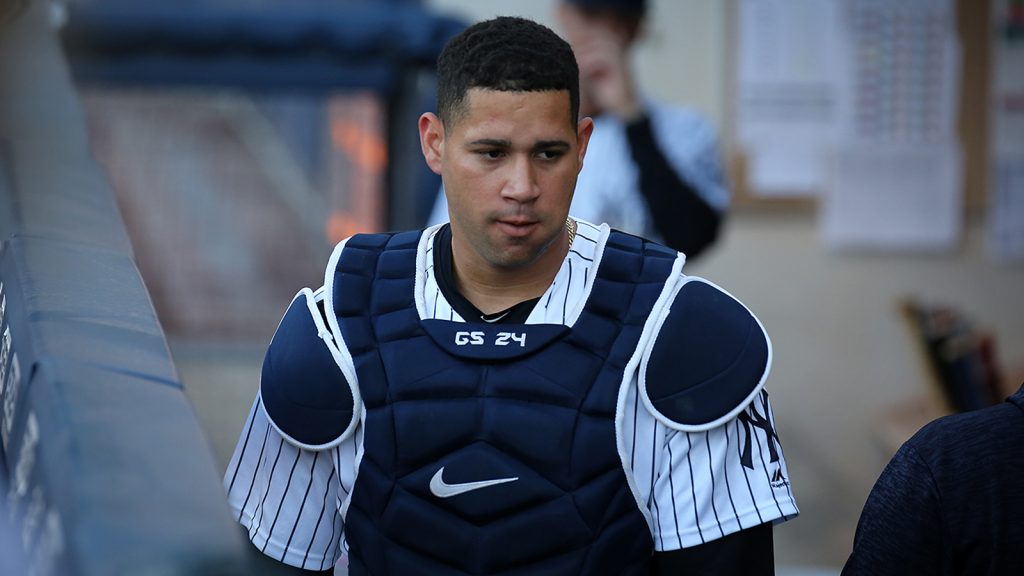 FanGraphs’ steamer projections have Sanchez set for somewhat of a resurgence, or at least a positive regression to the player that people expect him to be. He is projected to slash .245/.322/.480 with 29 HR and 70 RBI. Furthermore, he’s projected for a .343 wOBA, a 132 wRC+, and a 3.3 WAR. So, despite his abysmal 2018, the projections are promising for Gary.

Let’s see if we can extrapolate why the projections for Gary are rather promising. We can start by looking at his wOBA for the 2018 season which sat at .304. Sanchez’s xwOBA (expected wOBA) was .340, which would put him in the “above average” category amongst major league hitters. His xSLG% (expected slugging percentage) was .462 while his actual slugging percentage was .406. Furthermore, his BABIP was a wildly low .197. So, while he was bad all year, he was also getting decently unlucky. After all, his 14% Barrel% was good enough to be in the top 5% of the MLB. 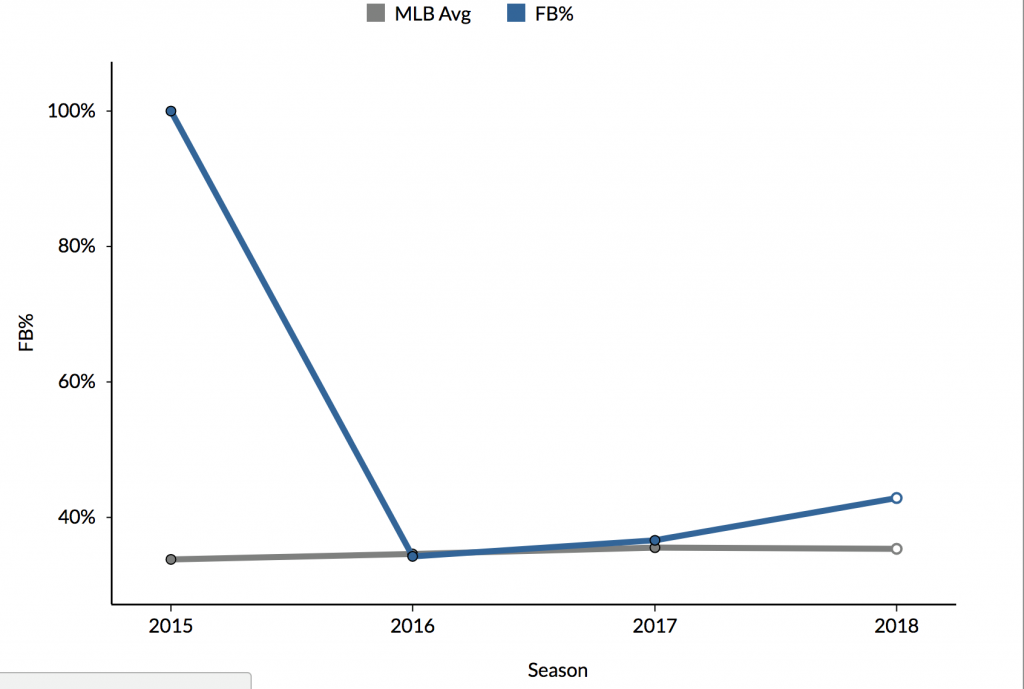 Sanchez did, however, have a higher average launch angle in 2018 than in any other season of his career. That may account for his 14% LD% in comparison to the league average 21% in 2018. What Sanchez’s real problem in 2018 was in all likelihood mechanical. He was 8% points above the MLB average in FB% (fly ball percentage) and 9% points above the MLB average in IFFB% (pop-up%). Match that with the highest average launch angle of his career and we get, in part, a picture of Sanchez’s struggles. 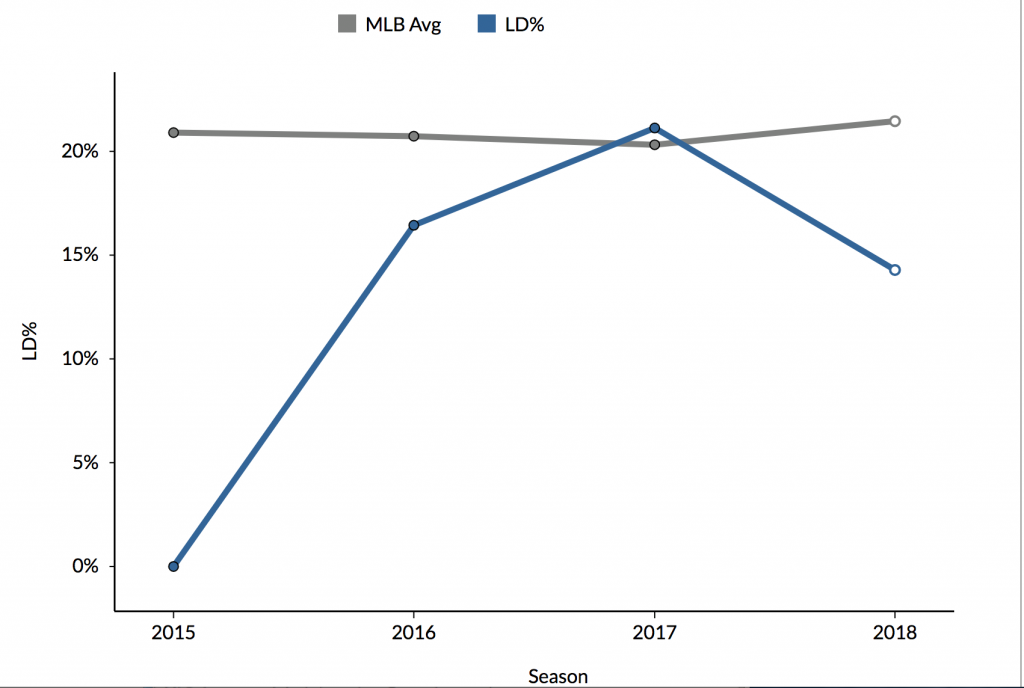 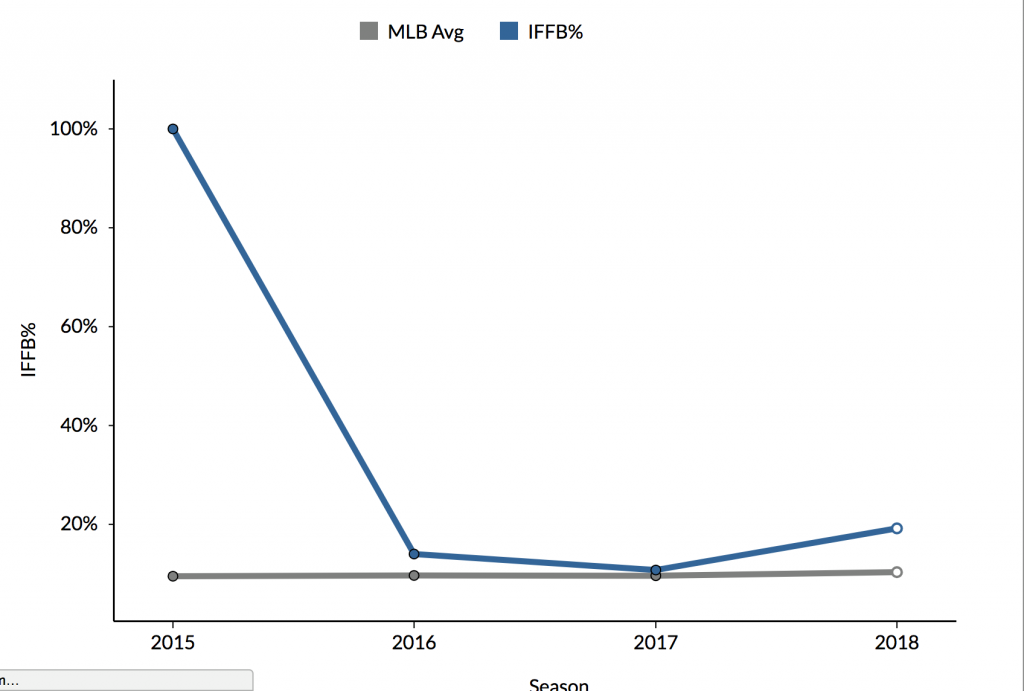 It was not so long ago that, before the day Aaron Judge burst onto the scene, Yankees fans were talking about Gary Sanchez as the future of the franchise. He was worthy of that praise as well, as he placed 2nd in the Rookie of the Year voting while playing just 53 games in 2016.  He recorded a 4.4 WAR and slashed .278/.345/.531 to follow up his rookie campaign in 2017. In that season he smacked 33 home runs and recorded 79 RBI while posting a .368 wOBA and a 129 wRC+.

With 2019 set to be Gary Sanchez’s third full season as a big leaguer, we can expect improvement. There is a reason that Brian Cashman and Aaron Boone have continually backed, and will continue to back Gary through his ups and his downs. He is, at the end of the day, a very reliable hitter that can help this Yankees team make a championship run. While he undoubtedly struggled in 2018, there is no reason he can’t get closer to his old self in 2019.

What may hinder him are two things. One is his struggles behind the plate. While he is actually a statistically better defensive catcher than people may realize, he still finds a way to run into blocking issues. That, in turn, could hurt his playing time or his performance at the plate. There’s no real correlation, but the New York Media is ruthless (especially towards Sanchez), and that can affect a players psyche. Second is the fact that he is injury prone. Sanchez missed 40 games in 2017 and missed 73 games last season. We can’t really expect Sanchez to ever play more than 135 games in a season. For him to get close to that number on a consistent basis, however, would be ideal.

All in all, we can expect Sanchez to experience a bit of a resurgence in 2019. There’s no real conceivable way to see how he does not get a bit luckier. He will also tweak whatever his mechanical issues at the plate in 2019 were. He is not a 1.4 WAR player, he is a 3-4 WAR player which, for a catcher, would put him at the top of the league for his position.

In fact, Sanchez is projected to have the third highest WAR of any catcher in 2019, according to FanGraphs. Only J.T Realmuto and Buster Posey are projected to have better seasons. That should go to show just how much of a fluke 2018 might have been for Gary Sanchez, and just how promising his 2019 outlook is. He is reportedly in much better shape this spring. That alone may be a sign that he is ready to put 2018 behind him.