Will Kaprielian Reach Majors in 2016? It Depends 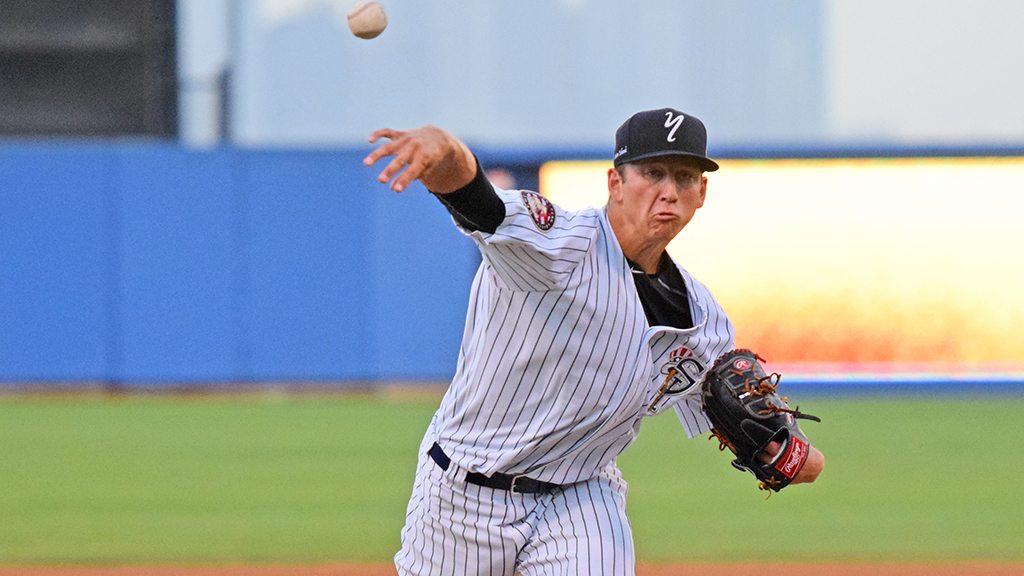 It has been a popular question. Will James Kaprielian, the right-hander who was the Yankees’ top 2015 draft pick out of  UCLA, appear for the big club in 2016?

The answers are two: “Nobody really knows” and “It depends.”

Nobody really knows because Kaprielian, he of the sometimes 96 mph fastball, the dipping changeup and curve and hard slider that is a plus pitch, has certainly impressed. Scouts loved him at Staten Island last season, where he, in limited action, was 0-1, 2.00 in 3 starts and 9 innings in the regular season and 0-0, 0.79 in 12 1/3 innings in 2 post-season starts. But he has not pitched at even Class-A Advanced Tampa yet.

It depends, because, to have any chance of advancing to the majors, even for a September call-up, he will have to dominate at Tampa, Double-A Trenton and Triple-A Scranton/Wilkes-Barre. Even though he is 22-year-old (he will be 23 March 2) college pitcher, that is a tall order.

“I really like Kaprielian,” said a scout from a National League team. “The Yankees made a great pick with him last year. His stuff is good, and he certainly looks like a future mid-rotation starter.”

“But I really want to see what he does at the upper levels.”

We agree with that opinion. Trenton will give a reading on just where Kaprielian is. Given he has four solid pitches, he ought to roll through the Florida State League and find himself with the Thunder by June at the latest. Even though players move more quickly through the system under Gary Denbo than under Mark Newman, it’s doubtful the Yankees will rush Kaprielian to The Bronx.

Two things would change that assumption. One would be an injury to a key starting pitcher, the other if he absolutely proves to be a man among boys in Trenton and Scranton.

At Tampa, a pitcher with Kaprelian’s arsenal will likely get by if two of his pitches – his fastball and slider, are working on a given day. Plenty of two-pitch hurlers have thrived in Single-A, only to hit the wall we call “The Double-A Hurdle” when they get to the Eastern League.

Kaprielian’s array is certainly more than that, and with four pitches, of which he will have to use all with Trenton, seems well-equipped to succeed there.

At Trenton, he will face some Eastern League hitters with big-league experience. He will find mistakes he got away with at Tampa will get hot off the wall and out of the park at Trenton. The hitters are smarter. Most have no issues punishing off-speed stuff that misses spots.

Also at Double-A, Kaprielian will start two master two areas of pitching that assure success in the majors – that of reading batters’ swings and pitching in patterns. If he can achieve that at Trenton, that Double-A hurdle will be cleared easily. Luis Severino did just that last season and contributed to the Yankees.

Remember also Severino got his chance partially due to ability, partially due to injuries to Masahiro Tanaka, C.C. Sabathia and Michael Pineda. Kaprielian is the next man up or the Yankees if a similar situation emerges this season.

As for now, we do not know how Kaprielian will perform at Trenton when he gets there, and his chance of seeing Yankee Stadium this year depends on how he does there.

How Kaprielian performs will be a major 2016 Yankees system story.