Alvarez Working In Relief in Venezuela 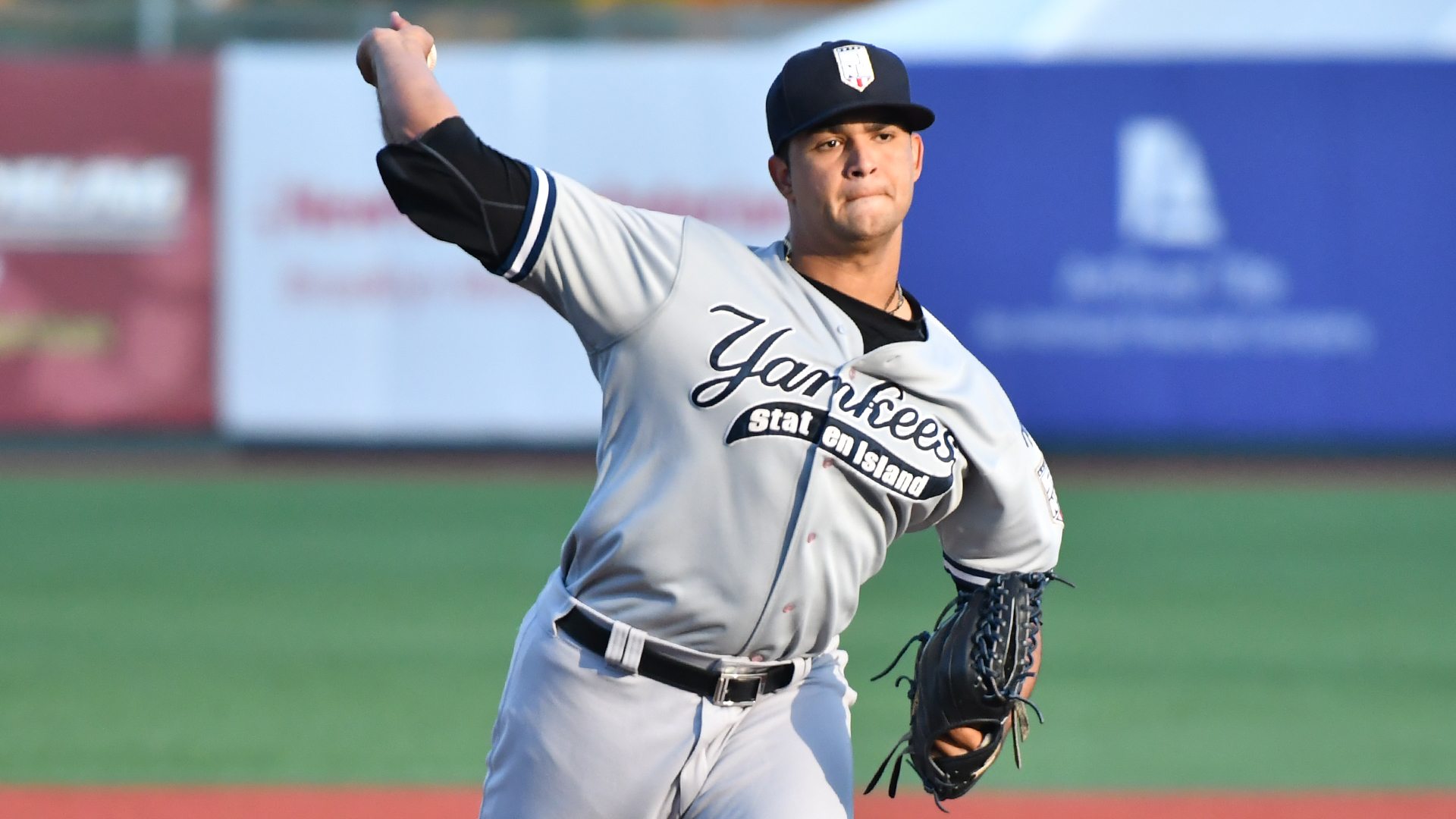 When you look at the Staten Island Yankees rotation this past season, the talk in prospect circles had to be about how Jorge Guzman was doing. However, there was one pitcher on the staff that threw more innings than Guzman and was tenth in the entire New York-Penn League. That pitcher was right-hander Daniel Alvarez

This winter, Alvarez has been pitching for Cardenales de Lara in the Venezuelan League, but solely as a reliever. In those 13 appearances, he has a 0.98 ERA and has 13 strikeouts in 18.1 innings. As a reliever, it is important to not give up too many free passes, but Alvarez is one of six pitchers on the Lara roster with ten walks.

Now, as a starter with the Baby Bombers, Alvarez had one walk or fewer in eight of his 13 starts, so the command was much better with his pitches. His best start of the season in terms of strikeouts came on August 20 against Lowell when he struck out ten and gave up three runs over seven innings, but he took the loss.

While Alvarez was a good innings-eater for the Staten Island Yankees this past season, moving to the bullpen in winter ball could be a sign that the team wants to see how he does as a reliever in 2018 whether it be in Staten Island or even Charleston to start the season.

The last time that Alvarez was used solely as a reliever in a regular season was back in 2014 in his first year of professional ball. In the Dominican Summer League, he had an ERA of 4.55 in 13 games and nearly had as many strikeouts (25) as walks (23). He did have seven wild pitches, but that wasn’t as high compared to other pitches on the roster.

Two years later, with the Gulf Coast League Yankees, Alvarez didn’t have more than six strikeouts in an outing, but he was doing a good job in keeping opponents off the scoreboard. He gave up one run or fewer in ten of his 12 outings and led the East team in innings with 57.

When you look at the Yankees system, there is no shortage of good starting pitching. With that being the case, it allows pitchers like Alvarez to try and make a good impression as a reliever and go up the system that way.

In terms of the pitches Alvarez has in his arsenal, he has a fastball in the low 90’s in terms of velocity to go with a changeup and a curveball. Here at Pinstriped Prospects, we have video of Alvarez during one of his starts late this past season against Connecticut.

So, while Guzman and Juan De Paula among others stole the headlines for top arms in Staten Island in 2017, don’t sleep on Alvarez going into 2018. He may not be on top prospect lists, but a career 3.02 ERA in the minors shows he is finding consistency. That alone is important as the Yankees try to see how he develops as a starter or out of the bullpen.