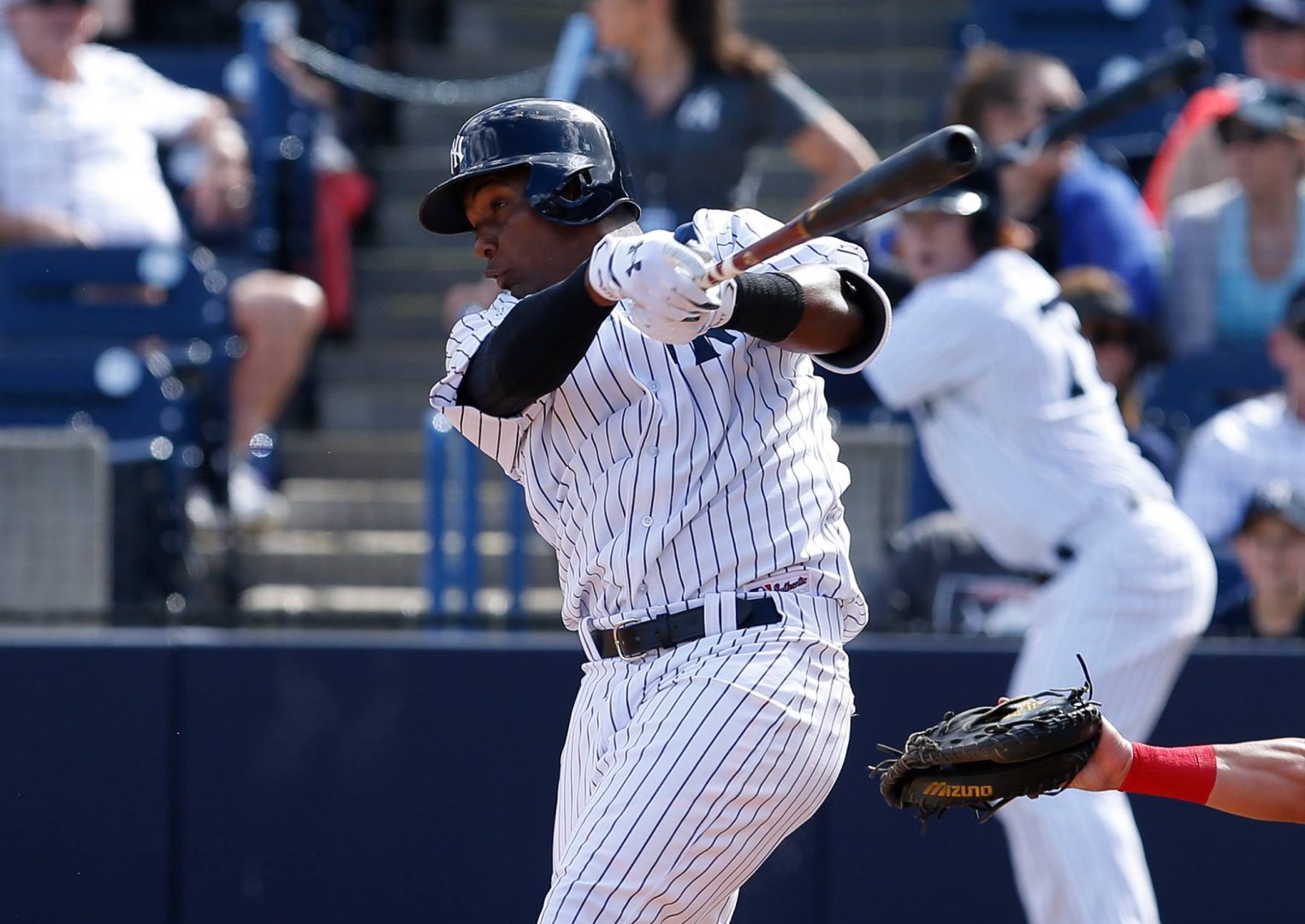 Yankees prospect Miguel Andujar made his Dominican Winter League debut on Wednesday, playing third base and batting seventh for Gigantes del Cibao.  The young infielder struggled, going 0-for-4 in his first game of the season.

Fellow Yankees prospects Abiatal Avelino was batting ninth and playing shortstop for Gigantes, he went 2-for-4 to bring his season batting average to .290.  Anyelo Gomez pitched one shutout inning of work for Gigantes, allowing just a hit and striking out one batter.

Tyler Austin went 0-for-4 with two strikeouts while playing first base for Leones del Escogido.  Catcher, Wilkin Castillo also played in that game and went 1-for-3.

In Arizona, right-handed pitcher Cody Carroll earned his fourth save of the Arizona Fall League season with two shutout innings of work in the Scottsdale Scorpions win over the Peoria Javelinas.  Carroll struck out three batters and he has yet to allow a run.

At the plate, Thairo Estrada went 1-for-5 while playing shortstop.  The young infielder drove in two runs for Scottsdale.  While Billy McKinney went 2-for-3 with a walk while playing left field.

In Venezuela, Luis Cedeno pitched 2 1/3 shutout innings of work for Caribes de Anzoategui.  The right-handed pitcher is Rule 5 eligible this year and currently has a 1.29 ERA in the Venezuelan Winter League.  Alexander Palma was held hitless in four attempts, lowing the outfielder’s season batting average to .338.