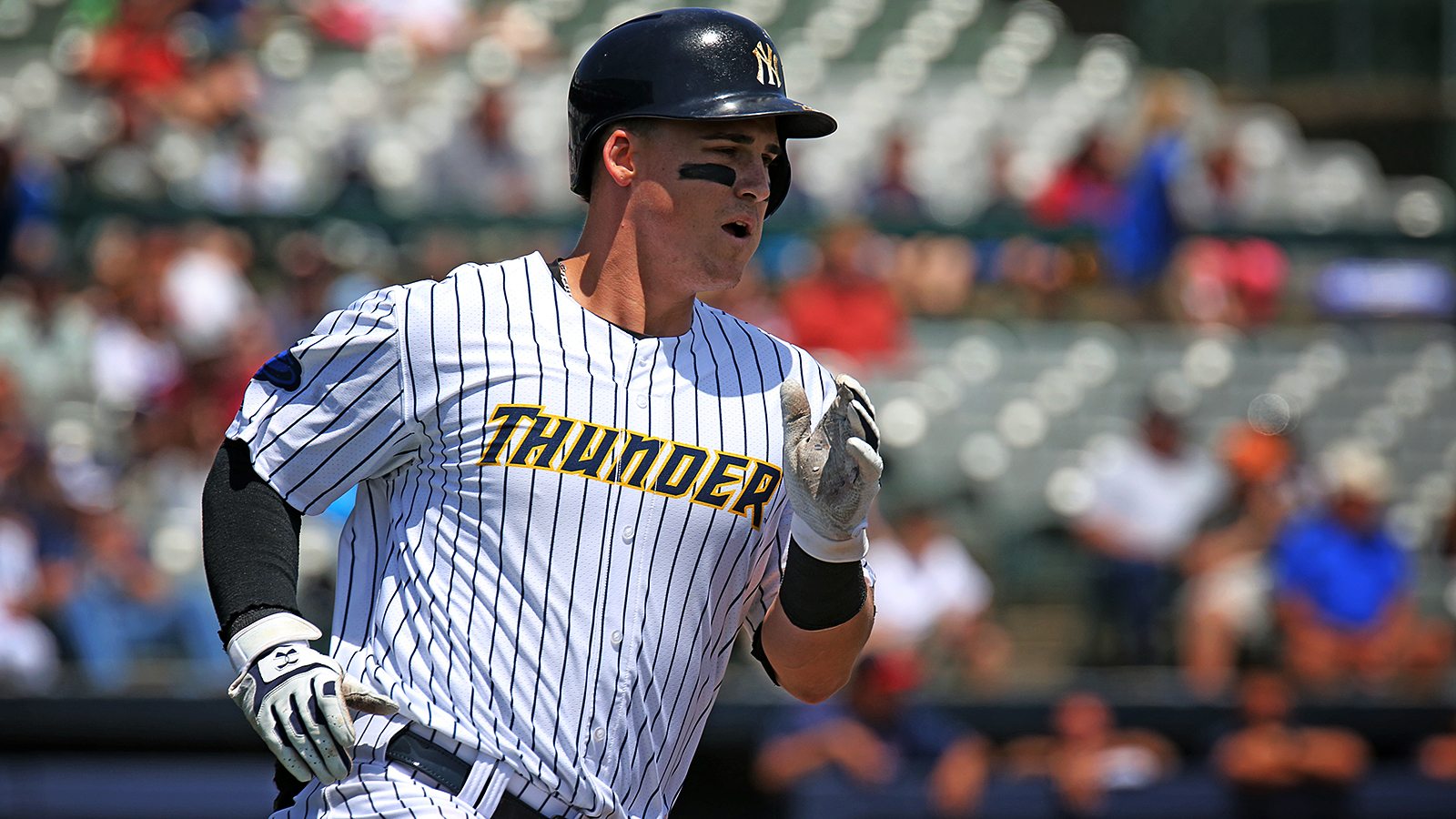 Feature Sized- New York Yankee Tyler Austin, with the Trenton Thunder on an MLB rehab assignment, singles during a game against the Portland Sea Dogs at ARM & HAMMER Park in Trenton on Sunday, May 21, 2017. (Martin Griff)

Yankees outfield/first base prospect Tyler Austin got a chance to play both infield and outfield while collecting two hits for Leones del Escogido on Tuesday evening in the Dominican Winter League.

Speaking of Estrellas Orientales, Mike Ford batted clean up and played first base.  He went 0-for-4 with the lone RBI of the game.

Tyler Jones was touched for a loss and a blown save for Tigres Del Licey.  The right-handed pitcher allowed two unearned runs on a hit and a walk in an inning of work.  Gigantes Del Cibao took the victory over Licey and Yankees prospect Abiatal Avelino went hitless, going 0-for-3 with a walk while batting ninth.

In the Arizona Fall League, Billy McKinney and Estevan Florial each went 0-for-3 in the game.  Florial walked and scored a run while Billy McKinney earned an RBI.  Thairo Estrada went 1-for-3 with a run scored and a walk.

Down in Venezuela, Yankees outfield prospect Alexander Palma was held hitless, going 0-for-3 for Leones del Caracas.  He walked once in the game.