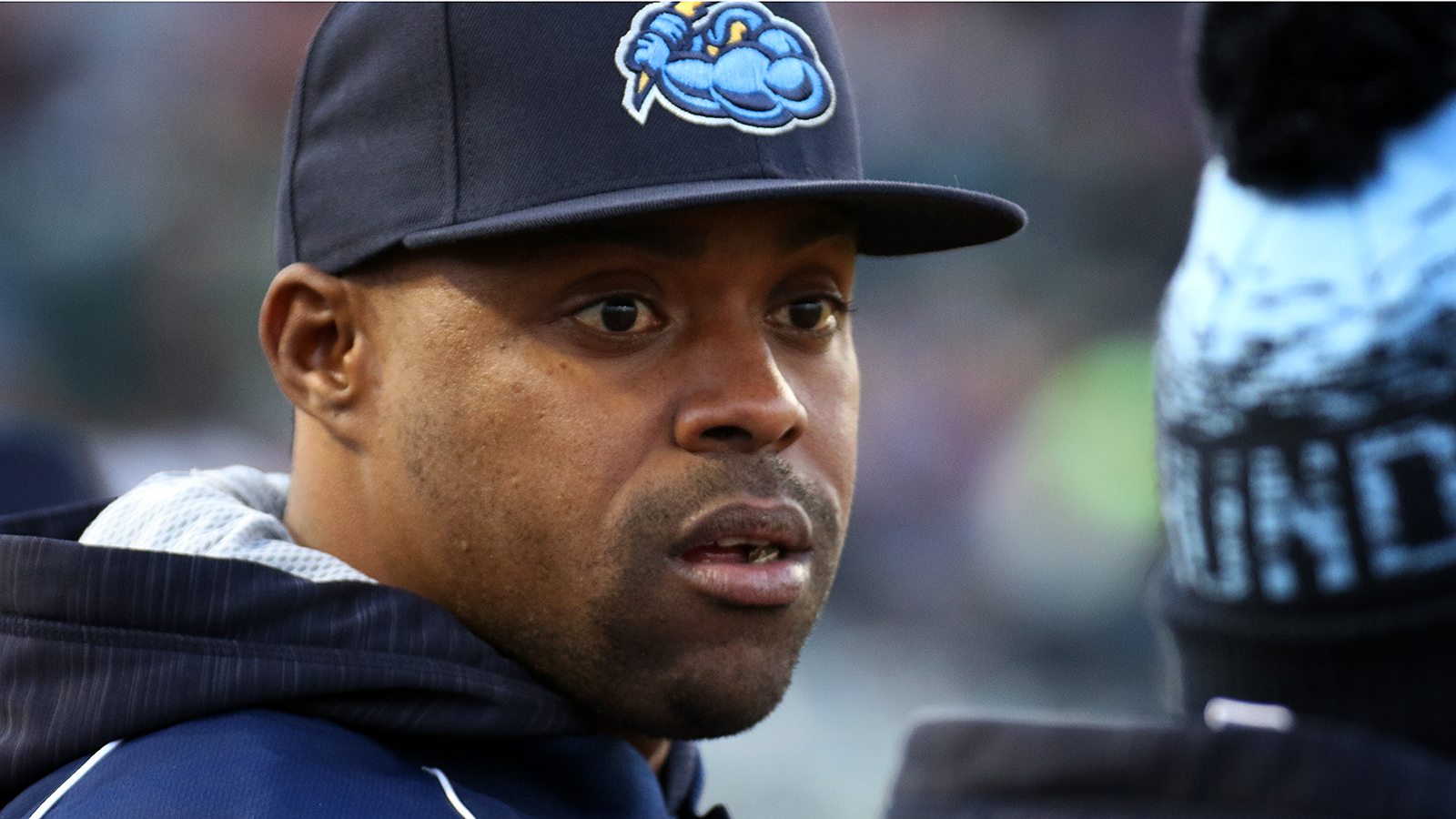 Trenton Thunder catcher Wilkin Castillo in the dugout against the Harrisburg Senators in Trenton on Thursday, May 11, 2017. (Martin Griff)

Castillo’s first bae hit came with one out in the third when he grounded the ball into right-field.  He singled again in the fifth inning one a grounder back to the pitcher.  His final base hit came in the seventh when he led off the inning with a ground ball single to right.

Abiatal Avelino went 1-for-2 as a mid-game replacement for Gigantes del Cibao against Estrellas Orientales.   Mike Ford was the designated hitter for Orientales and went 1-for-4 with a run scored.

Tyler Jones pitched an inning of relief for Tigres del Licey against Toros del Este.  He allowed one hit and earned his second hold of the season.

In the Venezuelan Winter League, Alexander Palma continued his excellent season for Leones del Caracas with a 1-for-5 game.  Palma batted cleanup and played left field with three runs scored, a double and a RBI.

Daniel Alvarez allowed an earned run on two hits in an inning of work for Cardenales de Lara.

Back in the Arizona Fall League Estevan Florial went 1-for-4 batting eighth for the Scottsdale Scorpions.  Florial is now batting .407 in six games with at least one hit in each of his games.

Andrew Schwaab pitched an inning of relief allowing one hit.