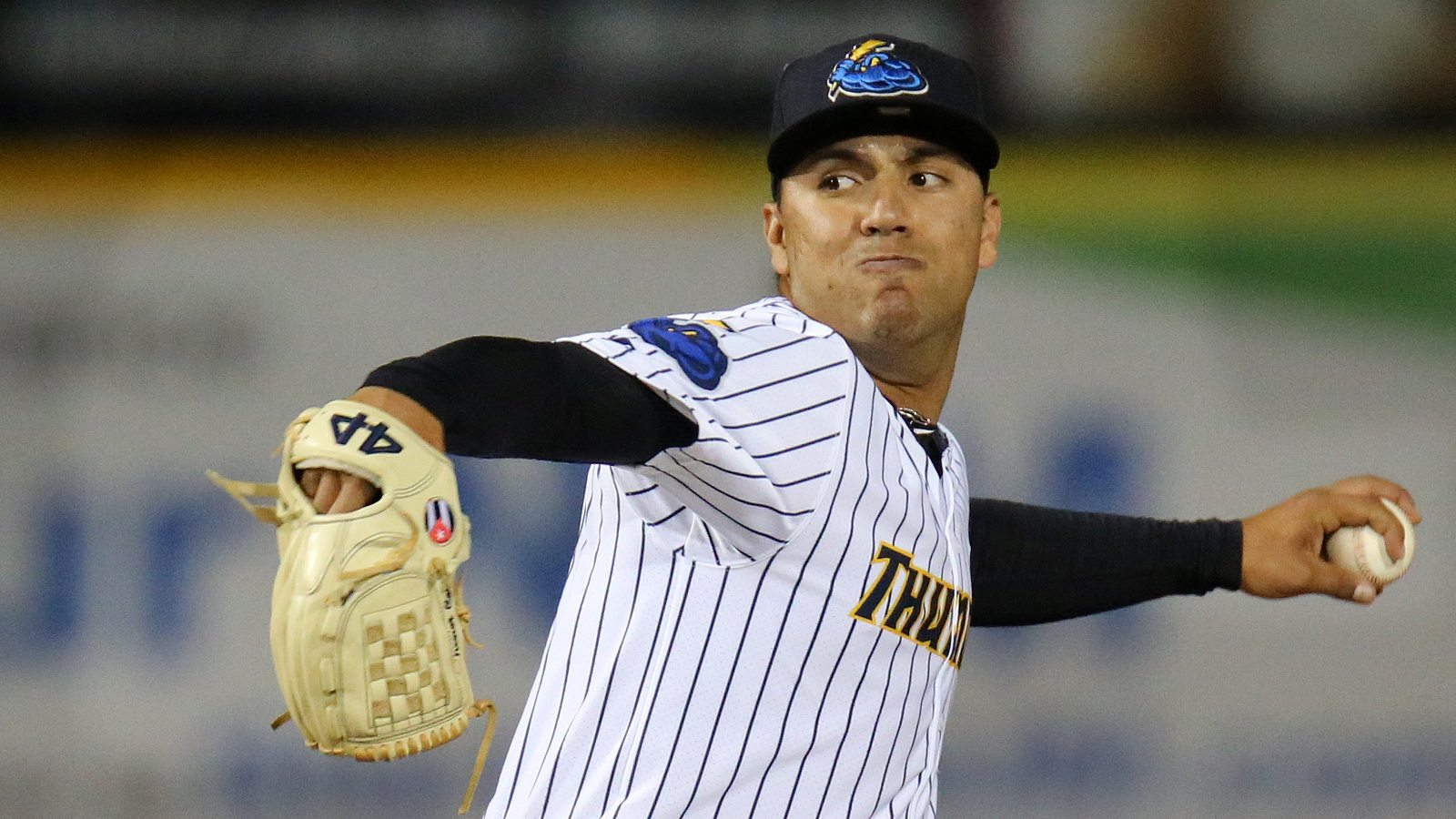 The Yankees had several strong performances last night in the Winter Leagues.  Left-handed pitcher Nestor Cortes shined in his 2017 Winter League debut with Estrellas Orientales of the Dominican Winter League.

Cortes pitched six innings, struck out seven batters and allowed just two hits and no walks.  His first strikeout of the game came against none other than former Yankees prospect Jorge Mateo.

Mike Ford got his first hit this winter, a single that came in the third inning of the game, scoring Ryder Jones.  He finished the game going 1-for-4 with a RBI.

Abiatal Avelino has continued his strong hitting this offseason with a 2-for-4 game with Gigantes del Cibao to bring his average to .429 on the season.  He also had a RBI and a run scored in the game while playing third base.

Raynel Espinal made his debut in the game and it was rocky, allowing a hit and two walks while striking out one batter in his lone 1/3 of an inning pitched.

In the Arizona Fall League, Albert Abreu continued his strong pitching for the Scottsdale Scorpions with eight strikeouts over 5 innings pitched.  The young fire-baller walked two and allowed two hits to lower his season ERA to 0.90 over two games.

Thairo Estrada went 1-for-5 in the game, bringing his AFL average to .381.  The young infielder is Rule-5 eligible this year and is a candidate for a 40-man spot.

Billy McKinney batted fifth and played left field for the Scorpions, he had 1 hit in 5 at-bats but scored twice and had a RBI.  His lone hit was a double.