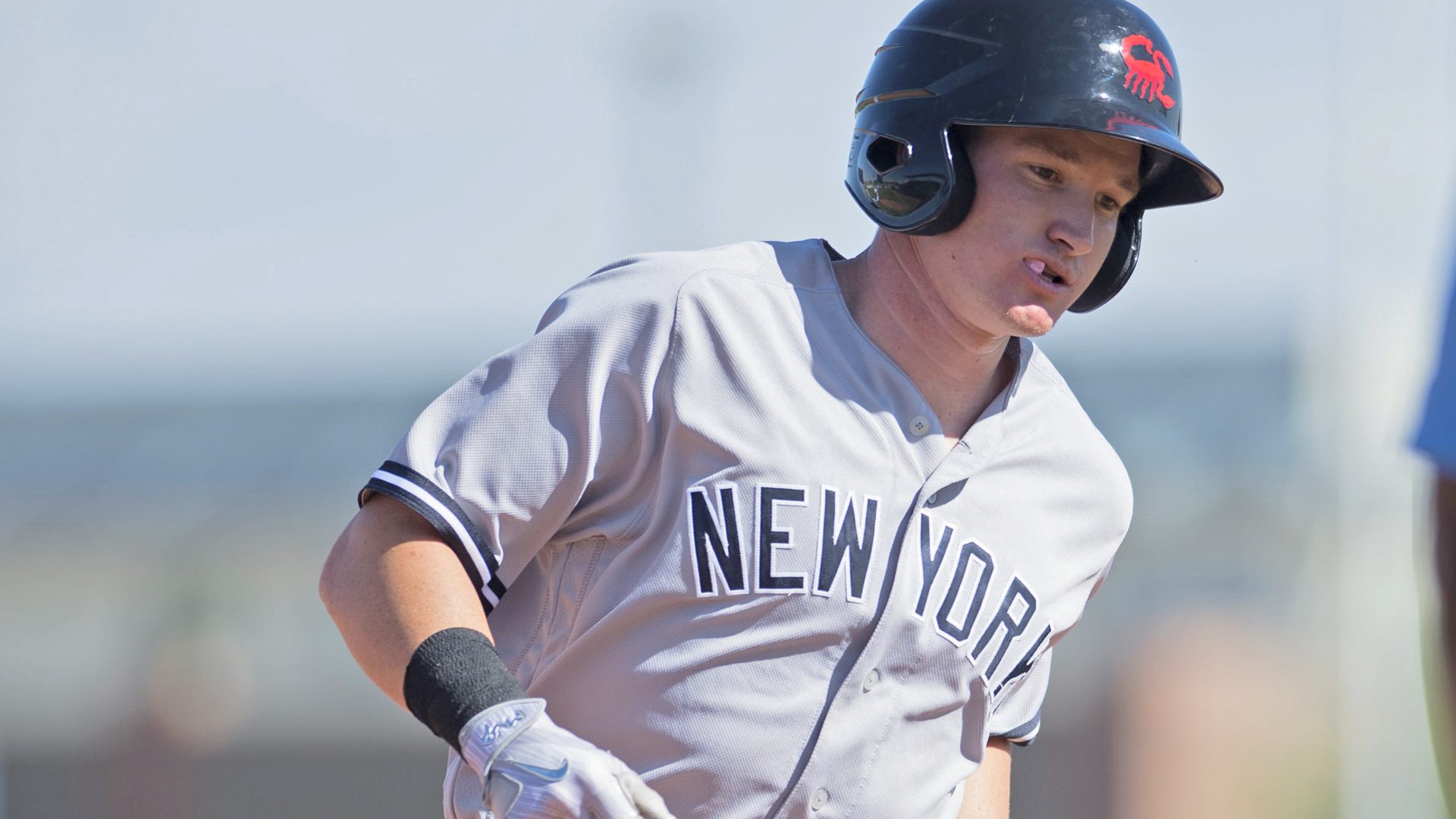 Scottsdale Scorpions third baseman Kyle Holder (43), of the New York Yankees organization, rounds the bases after hitting a home run during a game against the Peoria Javelinas on October 19, 2017 at Peoria Stadium in Peoria, Arizona. The Scorpions defeated the Javelinas 13-7. (Zachary Lucy/Four Seam Images via AP)

Yankees infield prospect Kyle Holder went 1-for-4 on the night with a double, continuing his streak of getting one hit in each of the eight games he has played in the Arizona Fall League.  The 23-year old is hitting .375/.400/.563 over 32 at-bats for the Scottsdale Scorpions.

Outfielder Estevan Florial was also 1-for-4 in the game.  The young prospect played right field for the Scottsdale Scorpions and got his first hit since going 1-for-3 on October 27.

Andrew Schwaab pitched two shutout innings of relief.  The right-handed reliever struck out one batter while allowing just a hit.  His season ERA now sits at 5.68 over six games.

Down in the Venezuelan Winter League, Yankees right-handed pitching prospect Daniel Alvarez pitched 1 1/3 inning of relief, allowing just a hit to lower his season ERA to 1.23 for Cardenales de Lara.