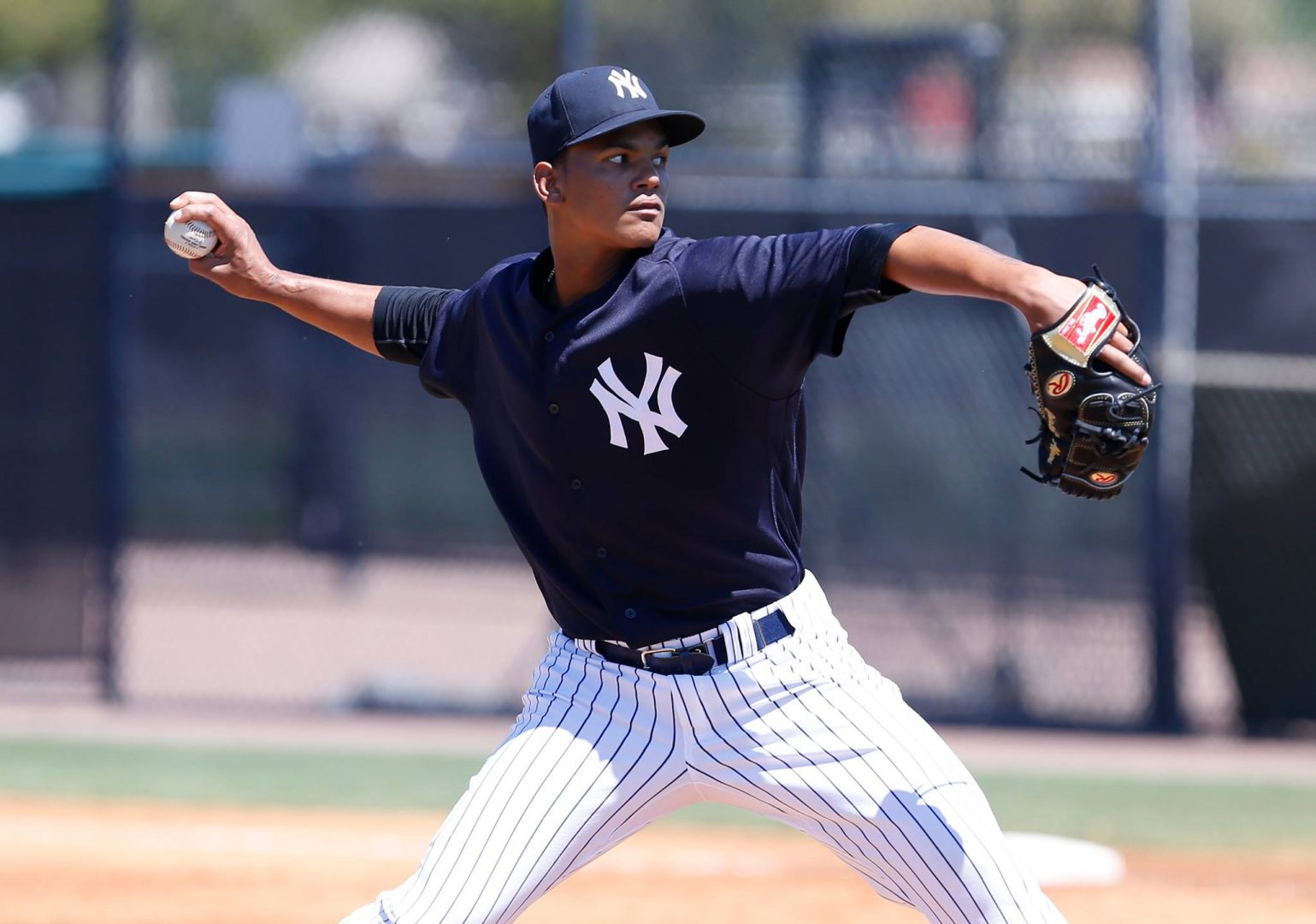 On the same day, Albert Abreu earned Arizona Fall League Pitcher of the Week honors he got the start for the Scottsdale Scorpions.  The young right-handed pitcher allowed one run on three hits over five innings of work while striking out four batters.  The lone run came on a solo-homerun he allowed in the third inning.

Andrew Schwaab pitched an inning of relief allowing just a walk while Cody Carroll earned the save with a two-inning, three-strikeout performances.

At the plate, Billy McKinney went 2-for-4 while Thairo Estrada was 1-for-4 with a run scored and an RBI.  That came on his solo home run in the third inning.  Estevan Florial was held hitless for the first time this AFL season.

In the Dominican Republic, Miguel Andujar was added to the roster of Gigantes del Cibao.  Andujar was awaiting the end of the Yankees playoff run before being assigned to a winter league club.

In game action, Adonis Rosa allowed a run on three hits over two innings of relief for Gigantes del Cibao.  Mike Ford went 1-for-3 with a run scored and a walk while playing first base for Estrellas Orientales.  Tyler Jones also continued his streak of not allowing a run with 2/3 of an inning of 1 hit ball for Tigres del Licey.

In Venezuela, Daniel Alvarez allowed two hits and struck out one in 2/3 of an inning of work for Cardenales de Lara.