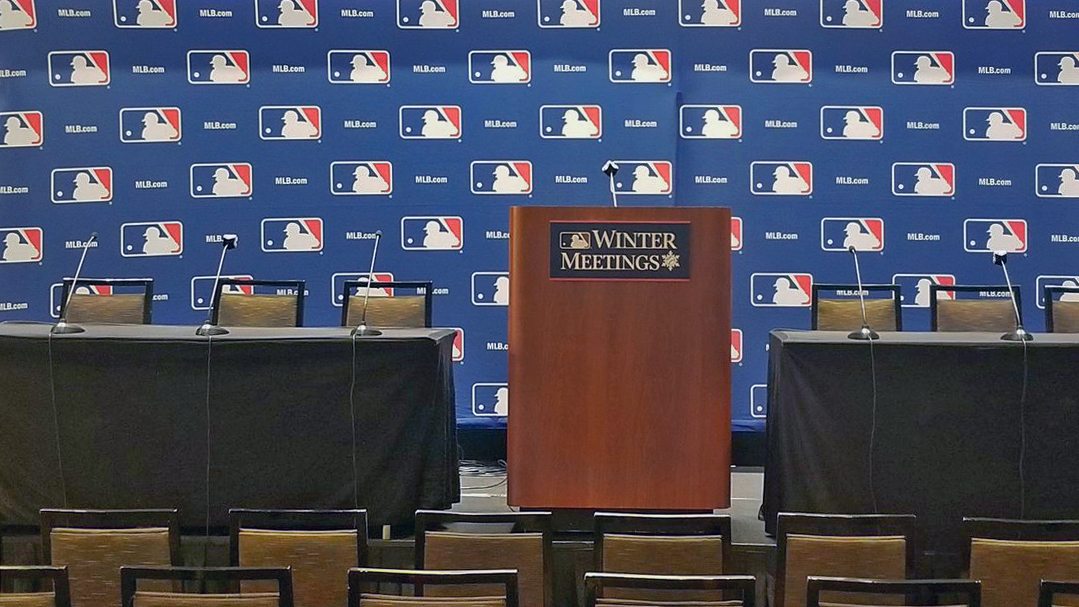 LAKE BUENA VISTA – It is the calm before the storm.

Or at least that is how it felt on Sunday at the Walt Disney World Swan and Dolphin Resort as Major League Baseball’s Winter Meetings officially got underway in Orlando, FL.

While baseball media and personnel started to file in from all over the continent — in what felt like that once-a-year family barbeque many of us know well – it was apparent that Sunday was just a warm-up lap. An appetizer, before the main course is served over the next four days.

The big news dominating the conversation in the lobby of the hotel throughout the afternoon and into the evening was the New York Yankees’ acquisition of Giancarlo Stanton. The Yankees traded Starlin Castro and two minor-league prospects – Jorge Guzman and Jose Devers – to the Marlins for the reigning NL MVP and $30 million of salary relief. 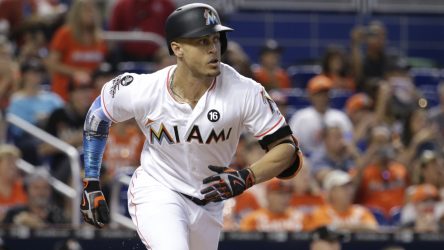 As first reported by Jon Heyman, Stanton passed his physical with the Yankees on Sunday and a press conference to officially introduce the newest Bronx Bomber was announced for Monday, at the winter meetings, at 2 p.m. EST.

The addition of Stanton to an already potent Yankees lineup — that finished last season leading the majors in long balls (241) — is remarkable; however, a right-handed power-hitting outfielder was not on the list of Yankees needs coming into the meetings. So, it’s fair to expect they will be dealing these next few days.

The first area the team will be looking to address is starting pitching. After being shunned by Japanese sensation Shohei Ohtani – who recently signed with the Los Angeles Angels of Anaheim – the Yankees are looking into plan B. The most obvious move is to bring back veteran CC Sabathia. It’s been well-documented that Sabathia would like to return, and now the Yankees could really use him. Although, if you believe everything you hear, then the Yankees were going to try to bring him back regardless of how the Ohtani situation played out.

However, the hefty southpaw pitched well enough this past season (and postseason) that he could get a two-year deal somewhere (I don’t see the Yankees doing that) or a team could overspend for him in this market. George A. King III of the NY Post tweeted on Sunday evening that the aforementioned Angels have reached out to Sabathia about signing with them. It wouldn’t be a stretch to imagine CC contemplating leaving behind the cold winters for the southern California sunshine. One way or another, I think Sabathia signs with a team by the end of these meetings.

If the Yankees whiff on Sabathia the other notable starting pitching options are: Yu Darvish and Jake Arrieta, who appear to be too large of an investment for the Yankees to make at this time.

Alex Cobb was a name linked to the Yankees recently, however, he may also just be out of their price range and he is believed to be heading to the Cubs anyway.

So that leaves Andrew Cashner (bounce back season), Jason Vargas, Jhoulys Chacin, Chris Tillman and last year’s trade deadline acquisition Jaime Garcia. I can’t see Garcia coming back, but any of those other names would be reasonable options at the right price.

The other area the Yankees will be looking to address at these meetings is unloading an outfielder, or two. The Yankees had a surplus at the position before getting Stanton, and now that has only become more pressing. The obvious move general manager Brian Cashman will be looking to make these next four days will be to part with Jacoby Ellsbury. Aside from his bloated contract, Ellsbury no longer has a place on the field or in the lineup. The Yankees will most likely need to eat a decent portion of the $68.6 million remaining on his contract, but that should not deter Cashman from getting a deal done. 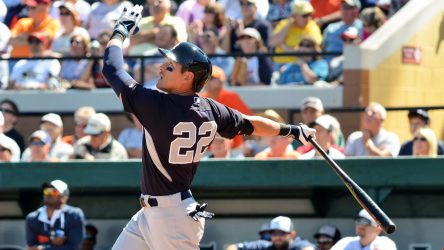 And it may not end there. Even without Ellsbury, the Yankees still have Aaron Judge, Aaron Hicks, Brett Gardner, and Clint Frazier ready to play the position alongside Stanton. Also, don’t forget about young stud Estevan Florial who is just a couple years away. So, it’s not out of the question that Frazier or Gardner could also be flipped in a deal for a starter.

It was clear on Sunday that the Hot Stove was still warming up, so it will be interesting to see how these next few days play out. One thing is for sure though, the Yankees will be open for business and looking to deal. The Bronx Bombers offseason didn’t end with the Stanton deal – it just got started.

-Just before midnight, Ken Rosenthal broke the news that Josh Bard, 39, will be named the Yankees new bench coach. Bard spent the last five seasons with the Los Angeles Dodgers organization where he served as a pro scout and bullpen coach. Bard was also a teammate of new Yankees manager, Aaron Boone, in 2005 with the Cleveland Indians. 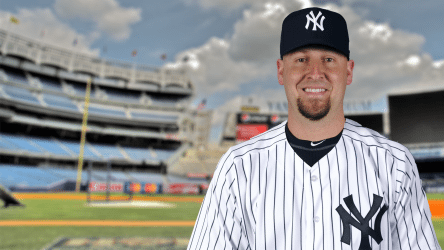 -About one hour later, Bob Nightengale said that the Yankees will also announce on Monday that Phil Nevin (a high school teammate of Aaron Boone) will serve as the team’s third base coach and Mike Harkey will return as bullpen coach.