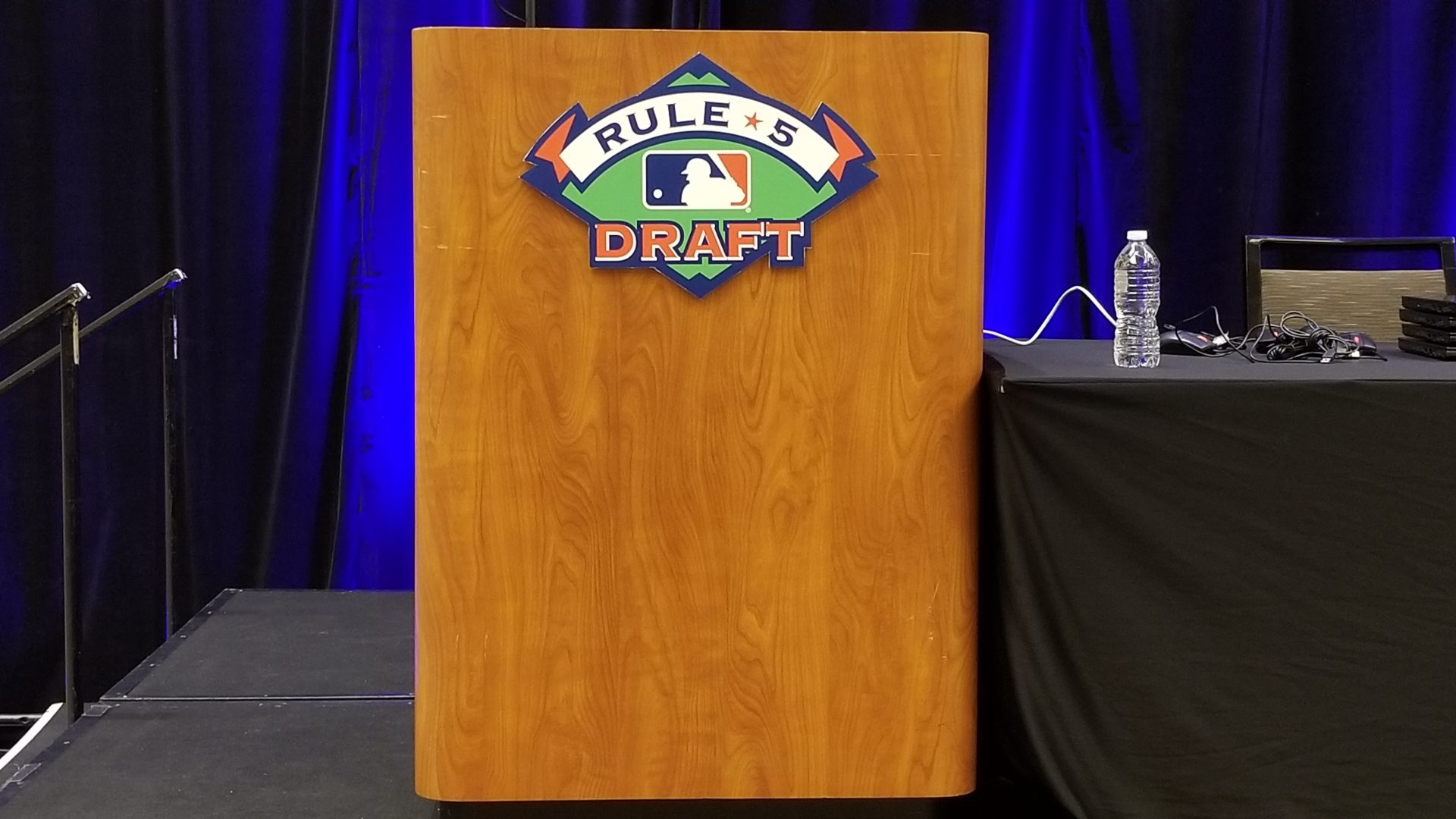 The 2017 baseball Winter Meetings came to a close on Thursday with the conclusion of the Rule 5 Draft.

For anyone who has been following the Yankees farm system (and Pinstriped Prospects’ coverage of it), it came as no surprise that it was purged – fast and furiously.

In the Major League portion of the draft, the Yankees lost four players. The Atlanta Braves took RHP Anyelo Gomez with the fourth pick. The Baltimore Orioles took two Yankees prospects: LHP Nestor Cortes (No. 9) and RHP Jose Mesa (No. 18). Finally, the Seattle Mariners selected 1B Mike Ford with the 11th pick.

Players selected in the Major League portion of the draft must stay on their new team’s active 25-man roster for the duration of the upcoming season. If the player does not make it through the entire year on the 25-man roster, he is sent back to the team he was selected from.

In the minor league portion of the draft, the Yankees parted ways with RHP Yancarlos Baez who went to the Minnesota Twins, and C Sharif Othman who will be reunited with old friend Gary Denbo in Miami.

Simply put: players selected in the MiLB portion of the draft are under total control of their new team.

The Yankees, as Brian Cashman announced on Wednesday, did not make any selections in the Major League portion of the draft, however, the team did select OF Junior Soto from the Cleveland Indians.

Soto is a 20-year-old from Bani, Dominican Republic. He started his professional baseball career playing for the Indians affiliate in the Dominican Summer League in 2014 when he was just 17. Last year he spent the season at High-A Lake County in the Indians’ system where he hit .172/.208/.408 with 30 hits (including 14 doubles and nine homers) and 17RBIs in 52 games.

Quick Recap of The Week

– Rumors swirl about: trades for starting pitchers Gerrit Cole, Michael Fulmer, Danny Duffy, and Patrick Corbin; CC Sabathia meeting with Angels and Blue Jays; Jacoby Ellsbury not willing to waive his no-trade clause; trades for infielders Brandon Drury and Manny Machado; and that the Yankees had touched base with Todd Frazier.

-Still no starting pitchers have been signed or traded for, but the latest word is that the Cole talks are picking up steam (the Yankees may just be waiting a little longer for the asking price to drop). CC is still out there and both sides have expressed a desire to reunite. But when?

-Ellsbury is still on the team. Reports are that the Yankees are willing to eat half of the $68.6 million left on his deal to get a trade done, however, if it’s true that he won’t waive his no-trade clause then that’s all for nothing. The feeling is he won’t (waive the NTC) and the Yankees will just outright release him rather than spend that kind of money for a 5th outfielder.

-No infielders have been traded for or signed yet. Machado is not going to happen (sorry to burst some unrealistic bubbles). Both Cashman and Aaron Boone reiterated how comfortable they feel about filling those holes internally from their farm, and you can’t blame them. I still think someone will be acquired, but it’s going to take some time and it’s going to be on the Yankees’ terms.