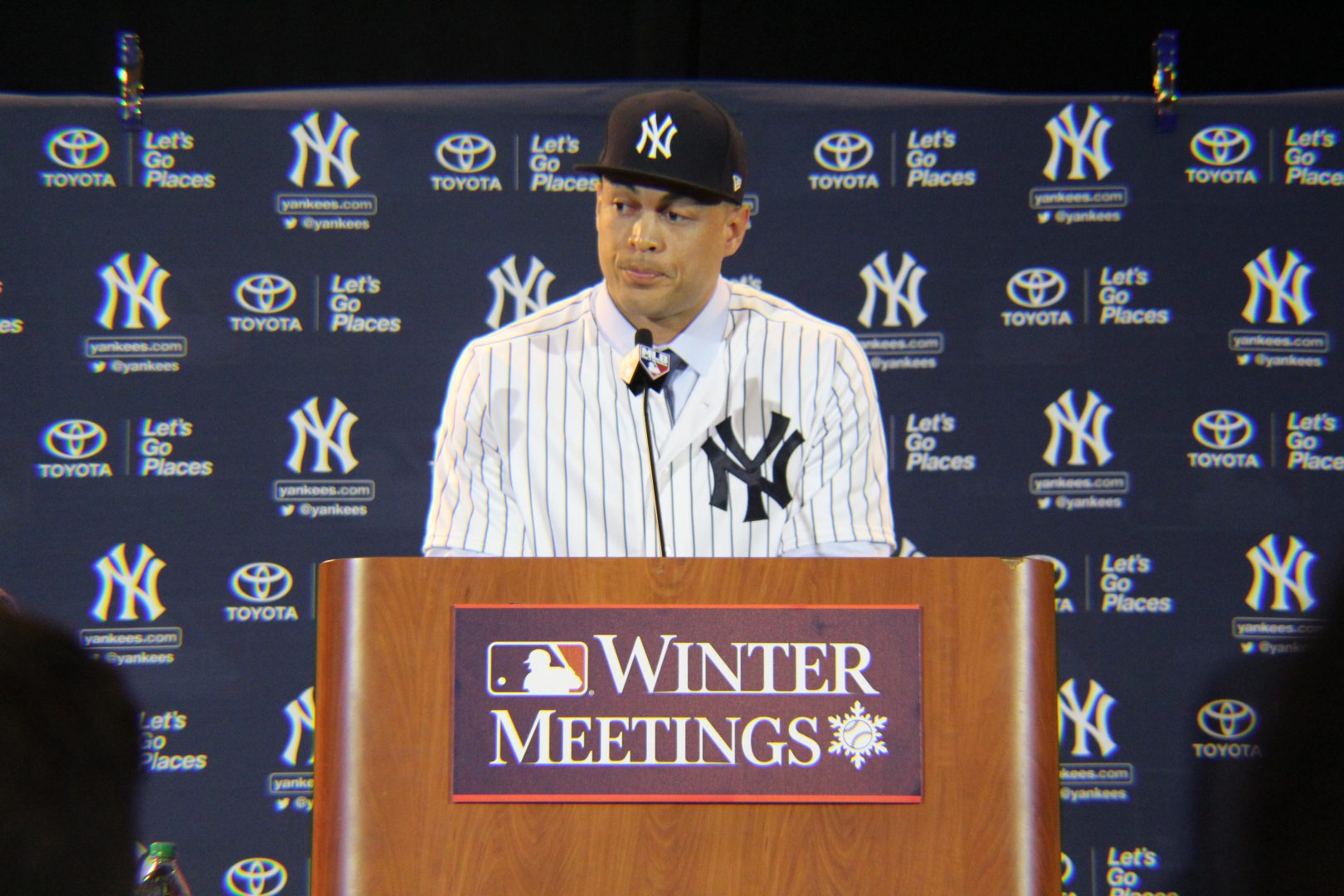 LAKE BUENA VISTA – The Yankees blockbuster acquisition of reigning NL MVP Giancarlo Stanton has been the headline of these Winter Meetings so far.

Stanton comes to New York with a “larger-than-life” stat sheet, and possibly even larger expectations. However, the reality of the situation is that he remains an unknown to the Yankees organization and its fans. He spent his entire eight-year major league career playing for the Marlins in an organization and media market that could be deemed baseball obscurity.

Sure, his play put him in the spotlight, and events such as the Home Run Derby gave him centerstage to showcase his abilities, but short of the gargantuan bombs he’s hit since 2010, what do we really know about Giancarlo Cruz Michael Stanton the player?

The short answer is: not much. 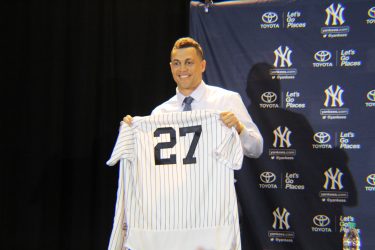 But someone who does know him well, and was available to the media here at the Walt Disney Dolphin Resort Hotel on Wednesday morning, is Stanton’s former skipper Don Mattingly.

Affectionately known as Donnie Baseball by Yankees Universe, Mattingly knows the rigors of playing in the county’s biggest media market, and he shared his thoughts about the newest Bronx Bomber:

“No maintenance player for me as a manager,” said Mattingly who managed Stanton in Miami the past two seasons. “You don’t have to worry about him… He’s going to be ready to go.”

Mattingly spent his entire 14-year career playing for the Yankees, and after reoccurring back issues forced him to retire, Donnie Baseball served as a special instructor with the Yankees until he was named the team’s hitting coach from 2004-06. In 2007, he served as Joe Torre’s bench coach.

“The one thing about New York, for me, I loved playing there because it’s kind of a no excuse town,” Mattingly said. “They want now.

“So, if you’re struggling for 10 days, you’re going to have to live with it, and I think how you handle that is the important thing.” 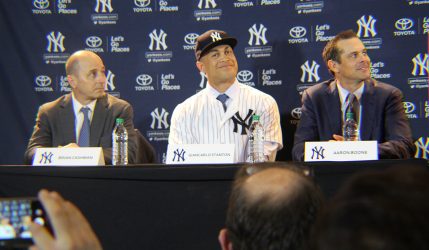 So how does Mattingly think Stanton will handle it?

“As long as he’s himself, continues to take care of his business on the field — struggling in Miami is not like struggling in New York — but I think he’ll handle it. He’s a good person.

“You take care of your business on the field (in New York) and everything works out. And (Stanton) can really play – he’s going to be fine.”