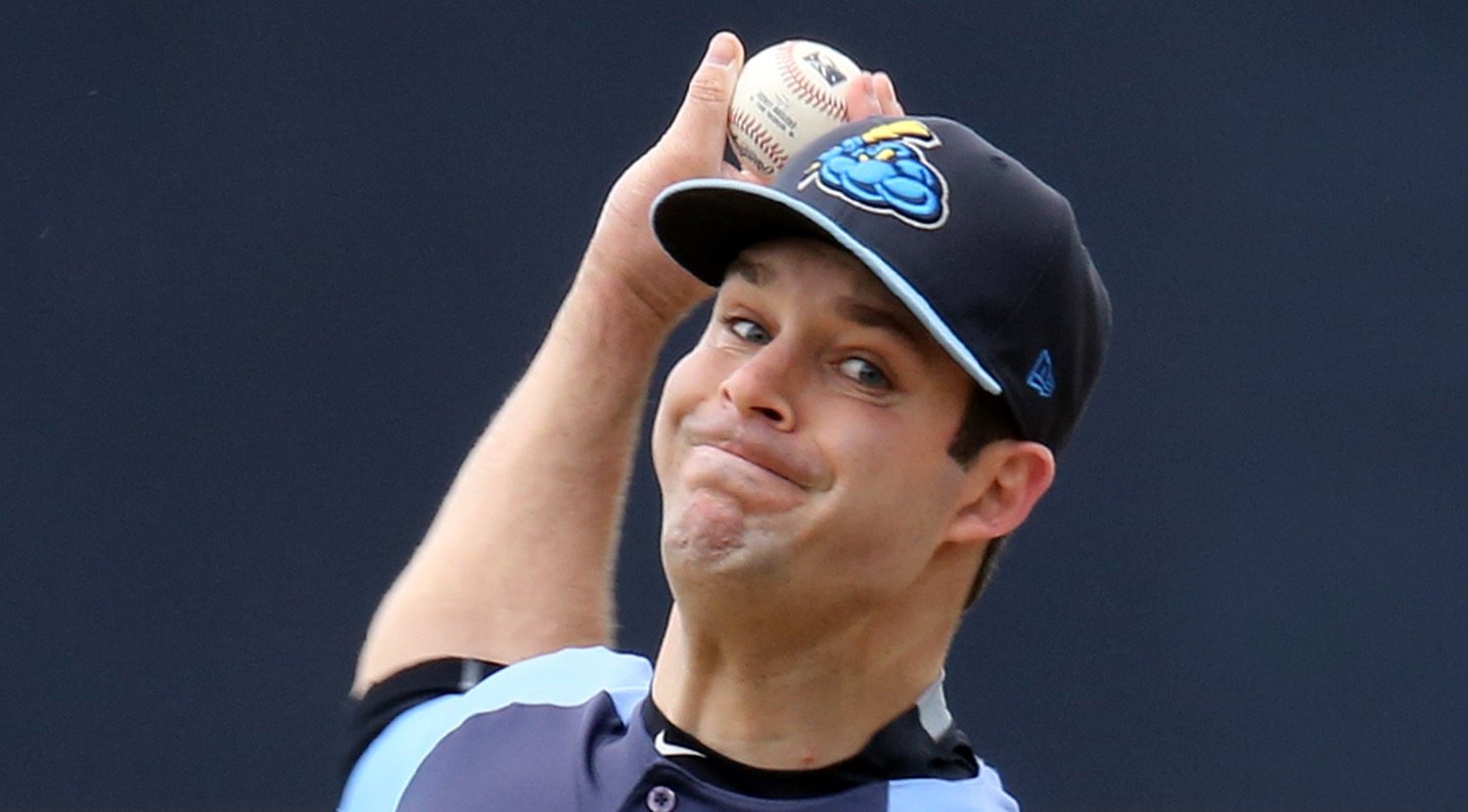 TRENTON, NJ – Back with Double-A Trenton after a trio of quite-successful stints at Triple-A Scranton/Wilkes-Barre, right-handed reliever Matt Wotherspoon still has a smile on his face.

“Really I wasn’t surprised I ended up back in Trenton,” said the 24-year-old Wotherspoon, who played collegiately at the University of Pittsburgh before being taken in the 34th-round by the Yankees in the 2014 draft. “Our bullpen was getting pretty full up there. I have no issues pitching here.

Wotherspoon is a native of Mountain Top, Pa., and former star at Crestwood High, which are both not far from the RailRiders’ PNC Field where, between May 4-13, June 12-July 1 and July 8-17, the 6-foot-1, 210-pound reliever put together International League stats of 2-0. 1.37 with three saves in nine appearances.

“The one thing I do miss about not being with Scranton is sleeping in my own bed and seeing my family, both at home and at the games , everyday,” he said. “That was really a bonus, but Trenton is a good place to play as well.”

A fastball-slider guy who reaches 97 with the first pitch and high-80s with the second, he threw a scoreless inning Wednesday morning to pick up his second Thunder save in a 7-4 victory over the Portland Sea Dogs. He gives his fellow Trenton late-inning relievers Cale Coshow, Jonathan Holder, J.R. Graham (presently on the DL)  and Tyler Jones added and needed support.

It’s a role he enjoys.

“This is a good clubhouse with a lot of talent, just like the group in Scranton,” said Wotherspoon. “Both are winning. Both have an excellent chance to make the playoffs. The excitement is the same.

“I feel I’ve really established myself this year, and it really doesn’t matter where in the upper minors you are pitching. I feel the Yankees know what I can do. You can be called up from Double-A as well. Right now, I’m here. No problem.”

Wotherspoon’s Trenton report card features a 2-2, 3.92 mark in 16 appearances – two of which were starts that were a bit tough. He has a Double-A strikeout/walk ratio of 46-16, a WHIP of 1.05 and EL hitters are batting just .187 against him in 41.1 innings. In addition to his fastball and slider, both quality pitches, he also throws a developing changeup, which is why he took a few turns in the Trenton rotation.

While happy in the bullpen, Wotherspoon is intrigued with a chance to start which he did plenty of at both Crestwood High and with the Pitt Panthers.

“Really I like starting,” he said. “It’s fun. I have been working on my changeup. Whatever they want me to do.

Under Gary Denbo, the Yankees have done a lot more moving pitchers around, from the bullpen to starting and vice-versa. The moves have been particularly successful with Dietrich Enns and Chance Adams switching from reliever to starter.

“We seen a lot of that” said Wotherspoon. “Even personally with my two starts.”

The talk didn’t center much on Wotherspoon after he was drafted now behind other bigger names, but he has carved his bullpen niche quite well at two levels this season.

He’s a legitimate option for the Yankees bullpen right bow if they need him.