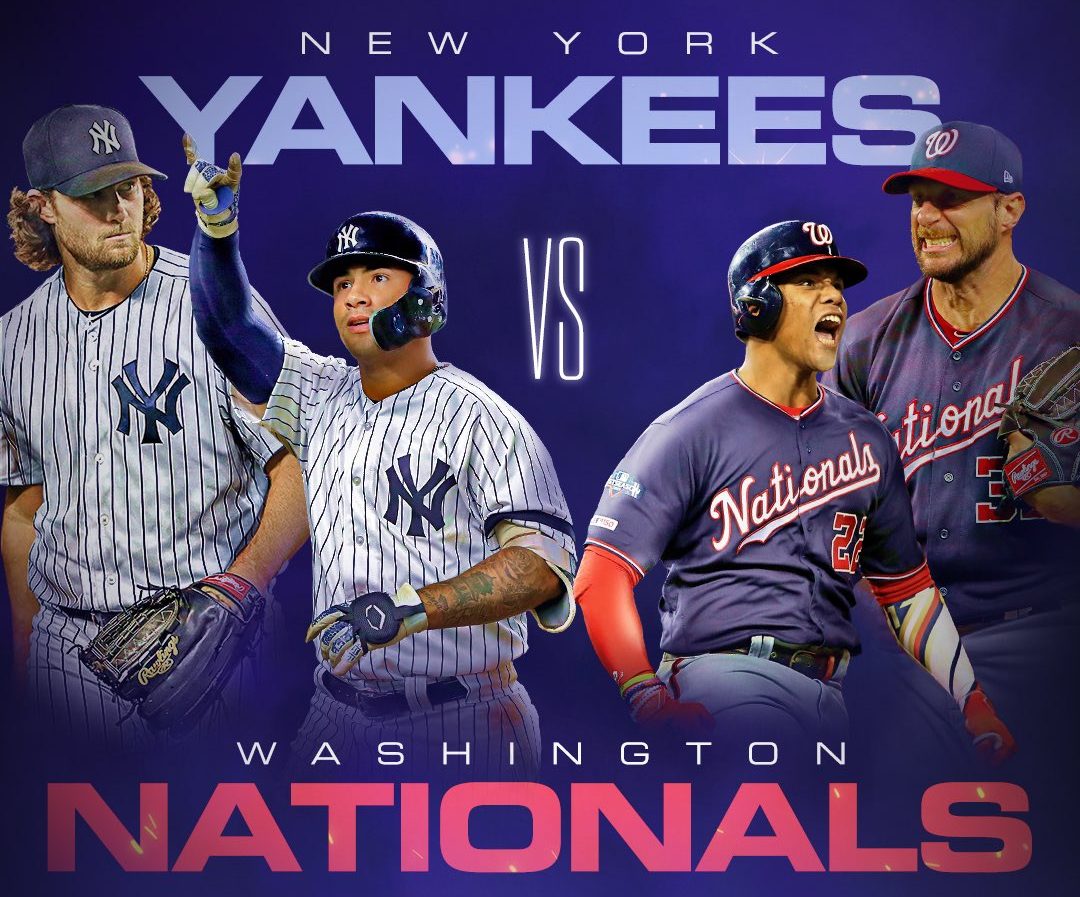 The New York Yankees 2020 Regular Season, 60-game scheduled was released Monday by Major League Baseball. MLB Announced in June that the Yankees and 2019 World Series Champion, Washington Nationals will face off on opening-night in a primetime matchup. Monday, however, the entirety of the schedule was released and we now know that this matchup will kick-off Opening Night festivities at 7:08 PM on ESPN. It is also expected to be a rematch of 2019 World Series pitchers, with Gerrit Cole expected to take the mound against the National’s Max Scherzer. These pitchers last saw each other in Game five of the 2019 World Series.

Opening Night will kick-off a season-opening five-game road trip, which includes three games in Washington, followed by a two-game series against the Philadelphia Phillies at Citizens Bank Park in Philadelphia, PA.

The schedule breaks down as follows:

The Yankees will also face their rival Boston Red Sox ten times: Seven games at Yankee Stadium, including three from July 31-August 2 and four games from August 14-17. They will also play three games on the road at Fenway Park from September 18-20. 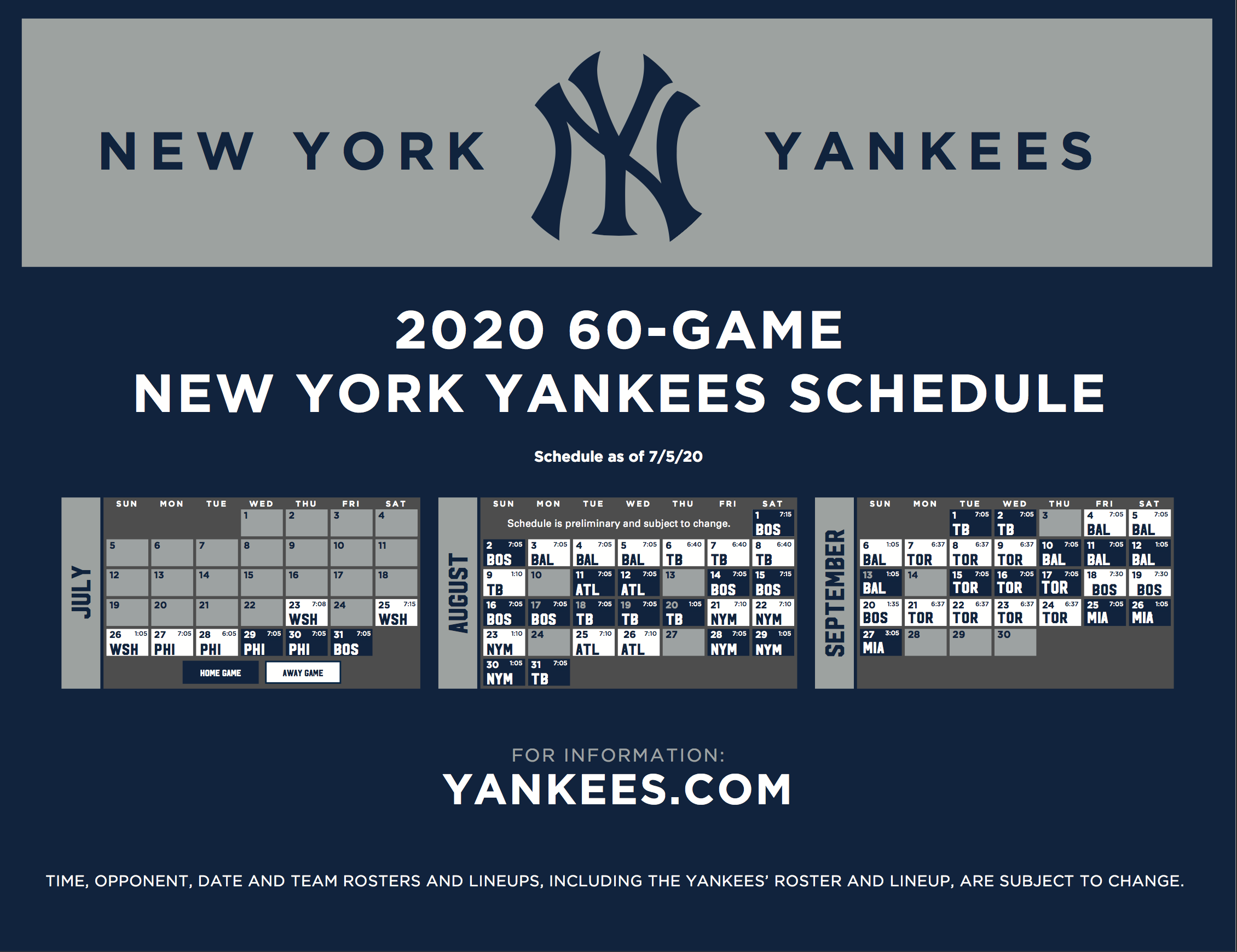 There are just two and a half weeks left until the Yankees play their first regular season game of the 2020 season and all signs show that the players are progressing well, took advantage of the time away from camp during the quarantine, and are quickly getting game-ready. This season will be like one we have never seen before with fans not in the stadium, but Yankees’ owner, Hal Steinbrenner has said that he hopes to be able to have fans in the stadium at “some point” this season.

But for now, we can all look forward to the return of New York Yankees Baseball in just a couple weeks!