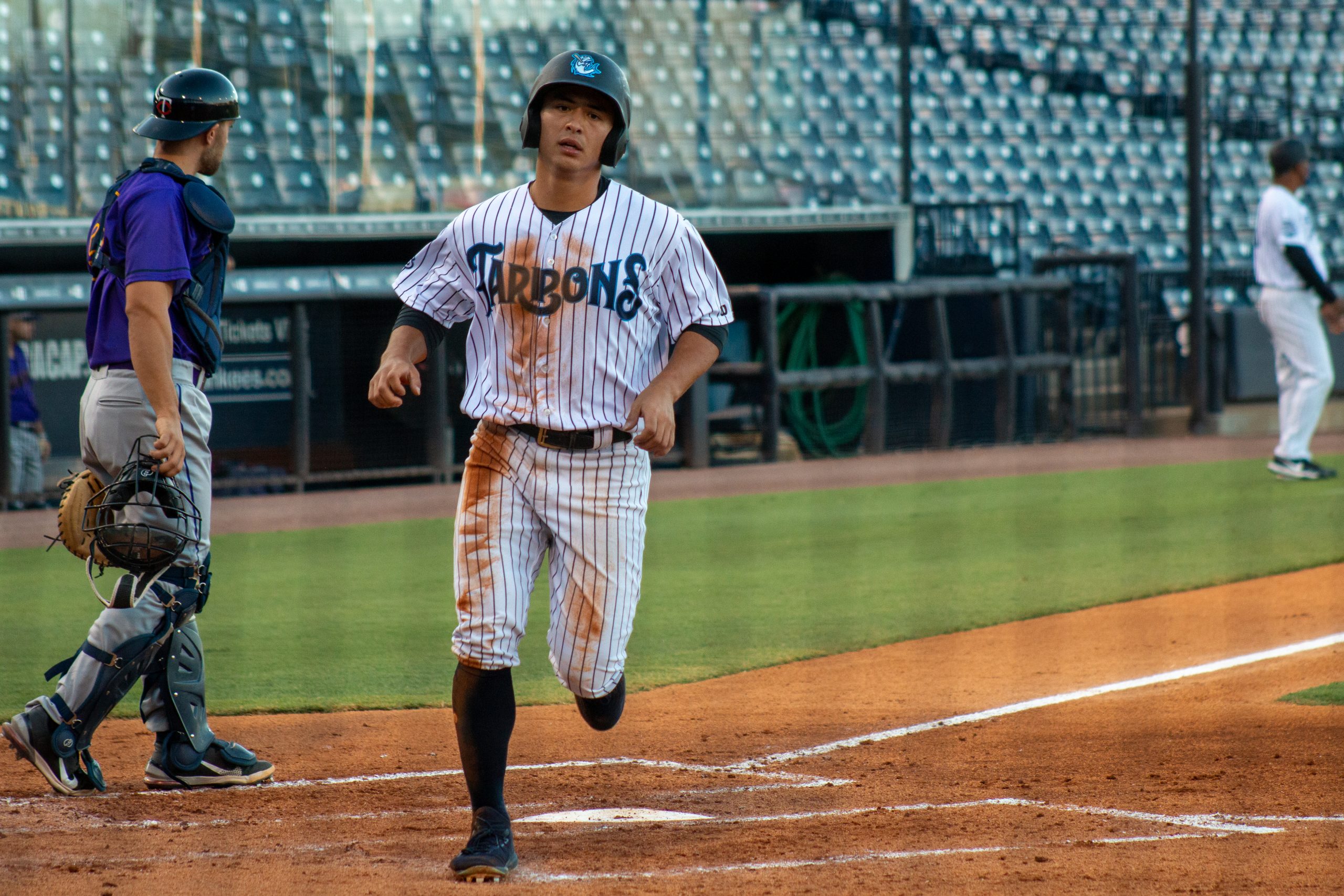 Every year, each one of us comes up with resolutions or goals for things that we would like to accomplish for the upcoming year that will better ourselves. The Yankees system saw great success in 2021 as all four major affiliates had winning seasons that were highlighted by countless players having career seasons after COVID caused them to miss all of 2020 season.

So, it got us to thinking as a site, what are some 2022 resolutions that we would like to see in the Yankees system? What we mean by this is what are questions that fans might have for the organization as a whole that they want answers to this year? We came up with a couple of our own. However, you can tweet us @PinstripedPros and let us know what your resolution are for the organization this year. 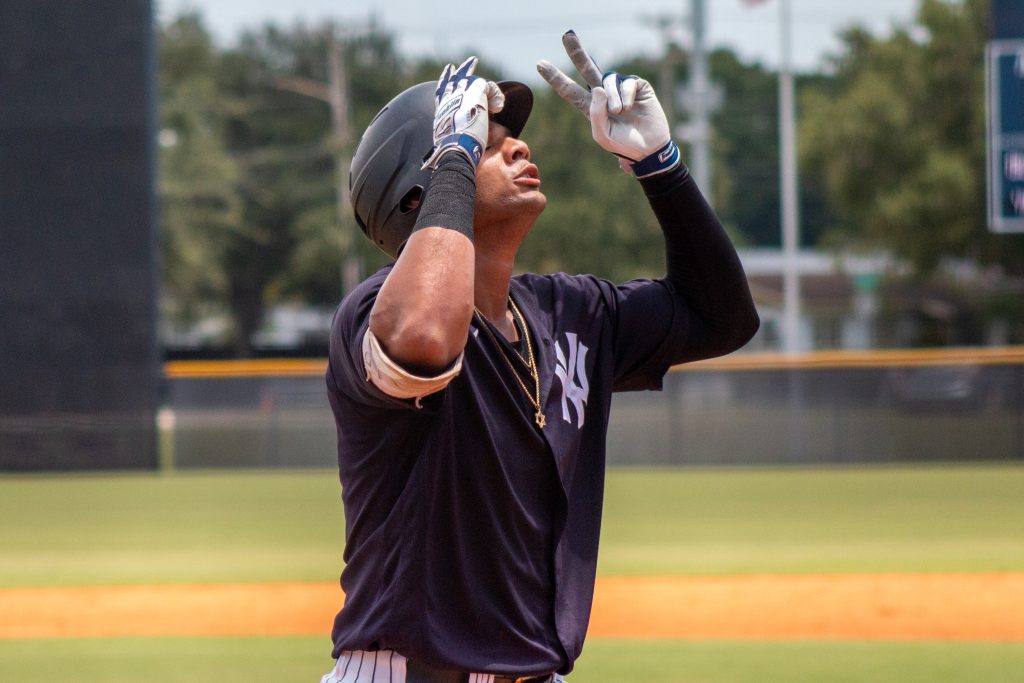 With Chris Gittens now departed to go play in Japan, the Yankees do not have much depth at first base in the upper levels of the minor leagues as this article is written. Now, the team has major league questions in terms of whether they re-sign Anthony Rizzo to play first, keep Luke Voit, or use DJ LeMahieu at first, but let’s keep this based in the minor leagues.

The Yankees don’t necessarily need to find their first baseman of the future in 2022, but they probably need a general idea as to who has a future at that position. If you are looking at upper-level options, keep an eye on Andres Chaparro. Chaparro broke out in 2021 as he had 15 home runs in 101 games with Low-A Tampa and High-A Hudson Valley. He carried that success into the Arizona Fall League as he had a slash line of .275/.363/.522 with three home runs and 15 RBIs in 20 games.

Chaparro will be heading into his age-23 season, so the Yankees at least have a player that could be at Double-A Somerset to begin next year. The other question in regard to first base is who in the lower levels of the system ends up emerging.

Some names to watch are the power-hitting Anthony Garcia (14 home runs in 39 games in Rookie and Low-A), Kyle MacDonald (25 RBIs in 42 games with Hudson Valley), TJ Rumfield (acquired in the Donny Sands/Nick Nelson deal from Philly), Connor Cannon (acquired from the Giants last year), and Tyler Hardman (5th Round pick in 2021).

With all of that depth the Yankees have between Rookie, Low-A, and High-A, which one of these players will emerge to get playing time at the upper levels once 2022 comes to a close? Only time will tell. 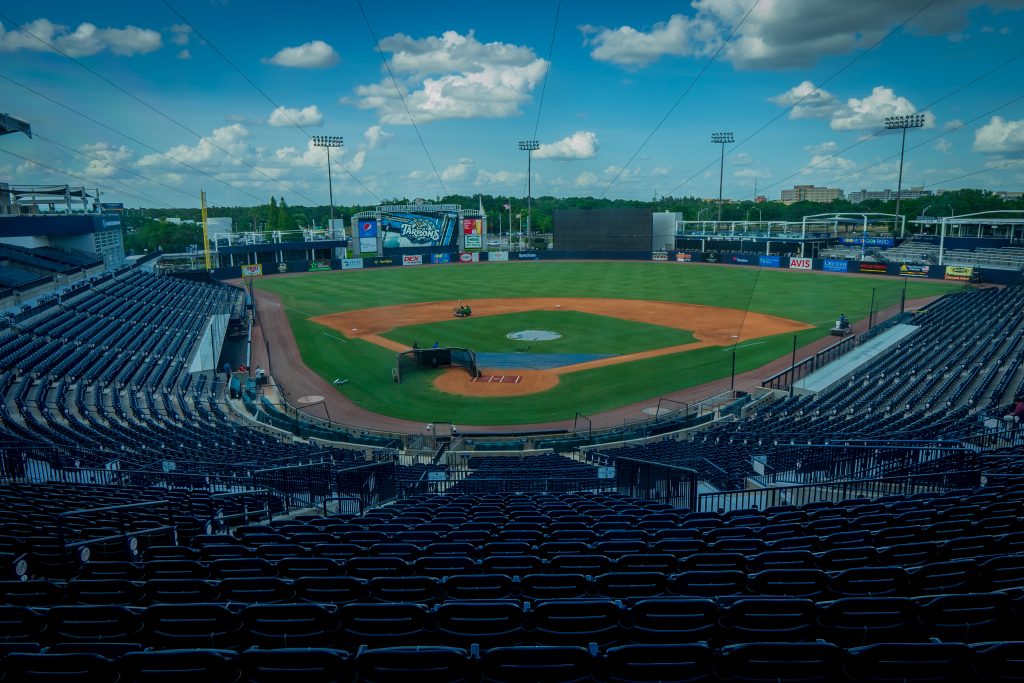 As the Yankees made changes to their major league coaching staff for the upcoming season, one theme you would notice is that a lot of the promotions came internally. Dillon Lawson was named the team’s hitting coach after being the organization’s minor league hitting coordinator, Desi Druschel is the assistant pitching coach to Matt Blake, and Casey Dykes is an assistant to Lawson after being the hitting coach at Triple-A Scranton Wilkes-Barre.

So, what does this exactly mean? By taking a guess, it could signal that the Yankees saw the leaps and bounds their system took in 2021 and wanted to bring that type of development to the major league squad that struggled to consistently hit last season. Plus, it shows that the Yankees are paying close attention to the minors and rewarding coaches for having that type of success.

Rewarding coaches can go a long way as new people get an opportunity in the minor leagues in 2022 such as Grayson Crawford becoming the pitching coach for Somerset and Rob Benjamin joining the organization as a hitting coach.

As for the major league hires, these can pay huge dividends if the Yankees don’t spend big when the lockout is over because these coaches have worked with the top players in the minors such as Luis Gil, Anthony Volpe, Deivi Garcia, Oswald Peraza just to name a few. If a player is comfortable and familiar with the coaches when they make it to the big leagues, it can only help their performance.

It will be interesting to watch how Lawson and Dykes change up the philosophies to approaches at the plate and whether or not veterans will go with the “hit strikes hard’ method. 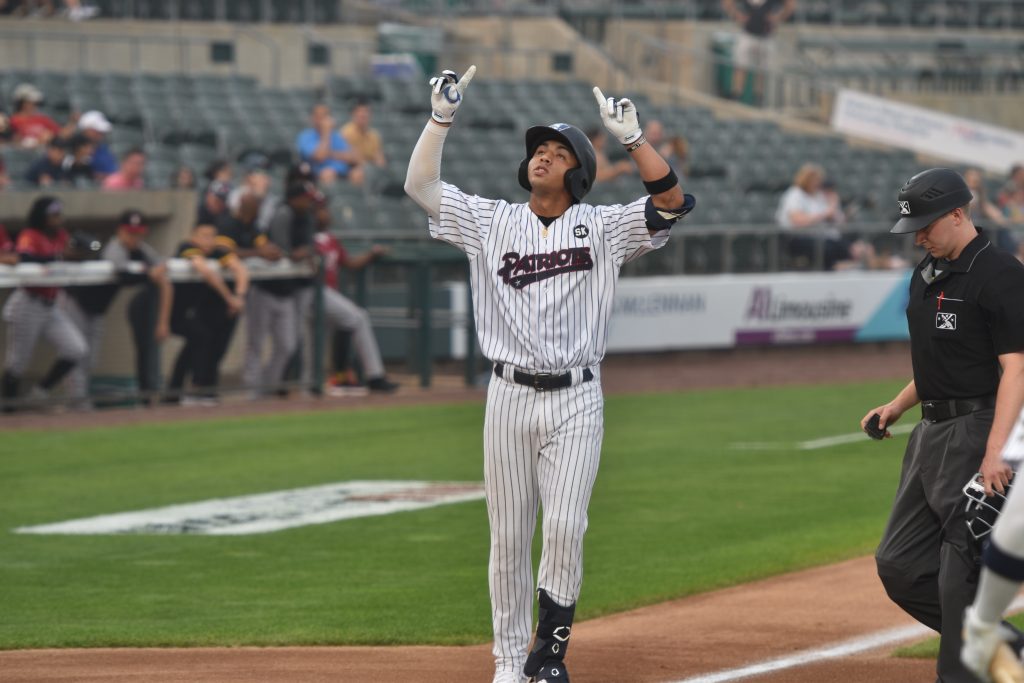 Playing Time For Catchers and Shortstops

If you wanted to identify two positions that are strengths in the Yankees farm system, those positions would be catcher and shortstop. They have a good amount of depth, but the resolution for this year is seeing which one of those prospects can have their big break.

By signing catchers Rob Brantly and David Freitas to minor league deals, it allows the Yankees to be patient with the likes of Josh Breaux, Austin Wells, and Antonio Gomez. By trading Donny Sands to Philadelphia, it allows a clear picture of who will start where in 2022 barring any trades or Rule V selections from other major league clubs.

At shortstop, Anthony Volpe had his breakout season in 2021 and fans want him to be the shortstop of the future in the Bronx. However, it is easy to forget about Oswald Peraza, who ended 2021 at Triple-A. Not to mention the fact that 1st Round pick in 2021, Trey Sweeney, needs playing time, and Alexander Vargas can get overlooked as well at the rookie level.

If anything, the Yankees have depth at these positions to make trades to help the big league club win if they do decide to bring in a high-priced shortstop in free agency. Otherwise, they at least have a pipeline for these players to move up or get full seasons at a level as they continue their respective developments. 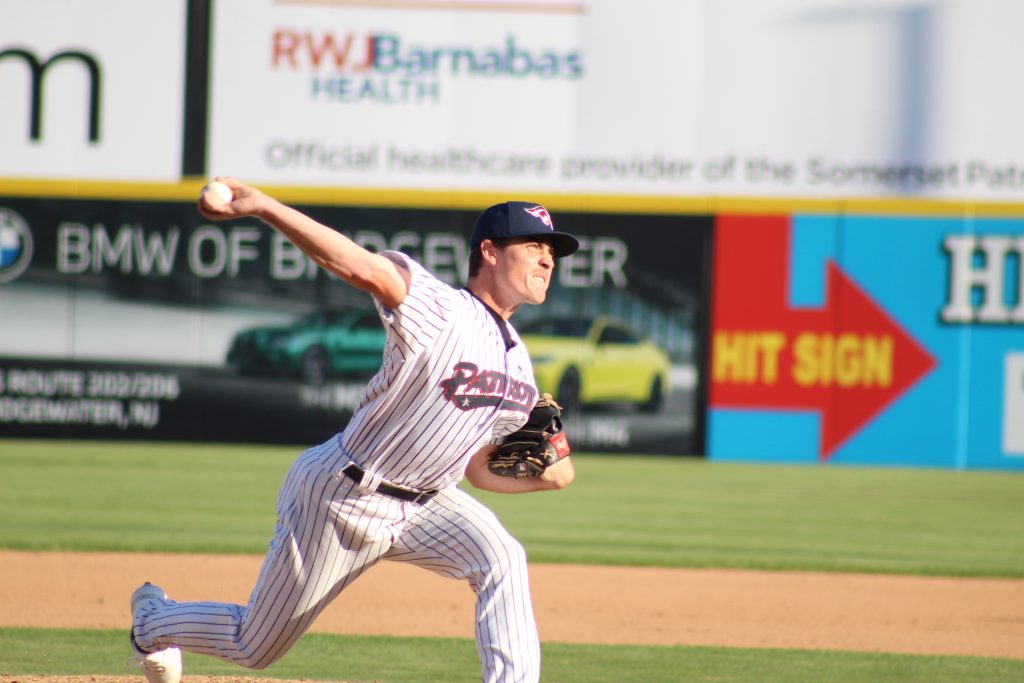 Closer of the Future?

Most would expect that Jonathan Loaisiga could be the future closer for the Yankees and it wouldn’t be a surprise if it were to happen. The thing the Yankees need to figure out this year is which relievers could be key pieces of the bullpen in years to come.

One name to look at in 2022 is  Ron Marinaccio. Marinaccio added more velocity to his fastball in 2021 compared to 2018 and 2019 and it paid huge dividends. In 40 appearances between Double-A and Triple-A, the 26-year-old from Toms River, New Jersey had a 2.04 ERA, five saves, and had 105 strikeouts to 27 walks in 66.1 innings of work. That success led him to being selected to the Yankees 40-man roster earlier this offseason, so you know the organization is paying close attention. 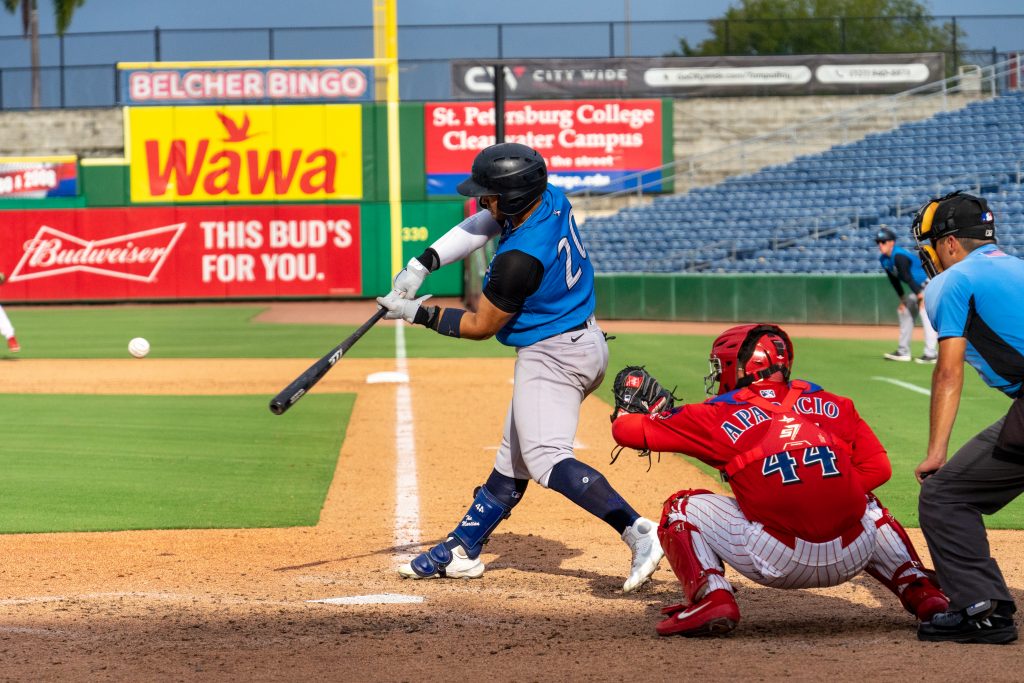 Patience isn’t an easy thing to have, but it’s one thing Yankees fans need to have when it comes to the progression of outfielder Jasson Dominguez. It is important to note that yes, Anthony Volpe jumped ahead of Dominguez in most prospect rankings, but a lot of that is more credit to what Volpe did as opposed to what Dominguez did not do.

In his first professional season as an 18-year-old in full-season ball, Dominguez had a slash line of .258/.346/.398 with five home runs, seven stolen bases, nine doubles, and 18 RBIs in 49 games with the Tarpons.

While those might not be the numbers that fans might have expected from the heralded prospects, the advanced numbers show that his growth as a player is going to be fun to watch. Check out what Kiley McDaniel from ESPN tweeted about Dominguez’s exit velocity:

One of the most notable players in the league is Jasson Dominguez. Best EV I found was 111.7 mph line drive single here: https://t.co/GLkycl6WcB

Keep in mind EV grows with age, so he won't be top of the scale yet. 112-113 is basically as hard as any teenager can hit it in games.

Nobody knows as to where Dominguez will begin his 2022 season, but wherever that is, it is important to still be patient if he doesn’t start the season on a great note. He has the raw tools to be successful. It is now all about development and sometimes development takes patience.