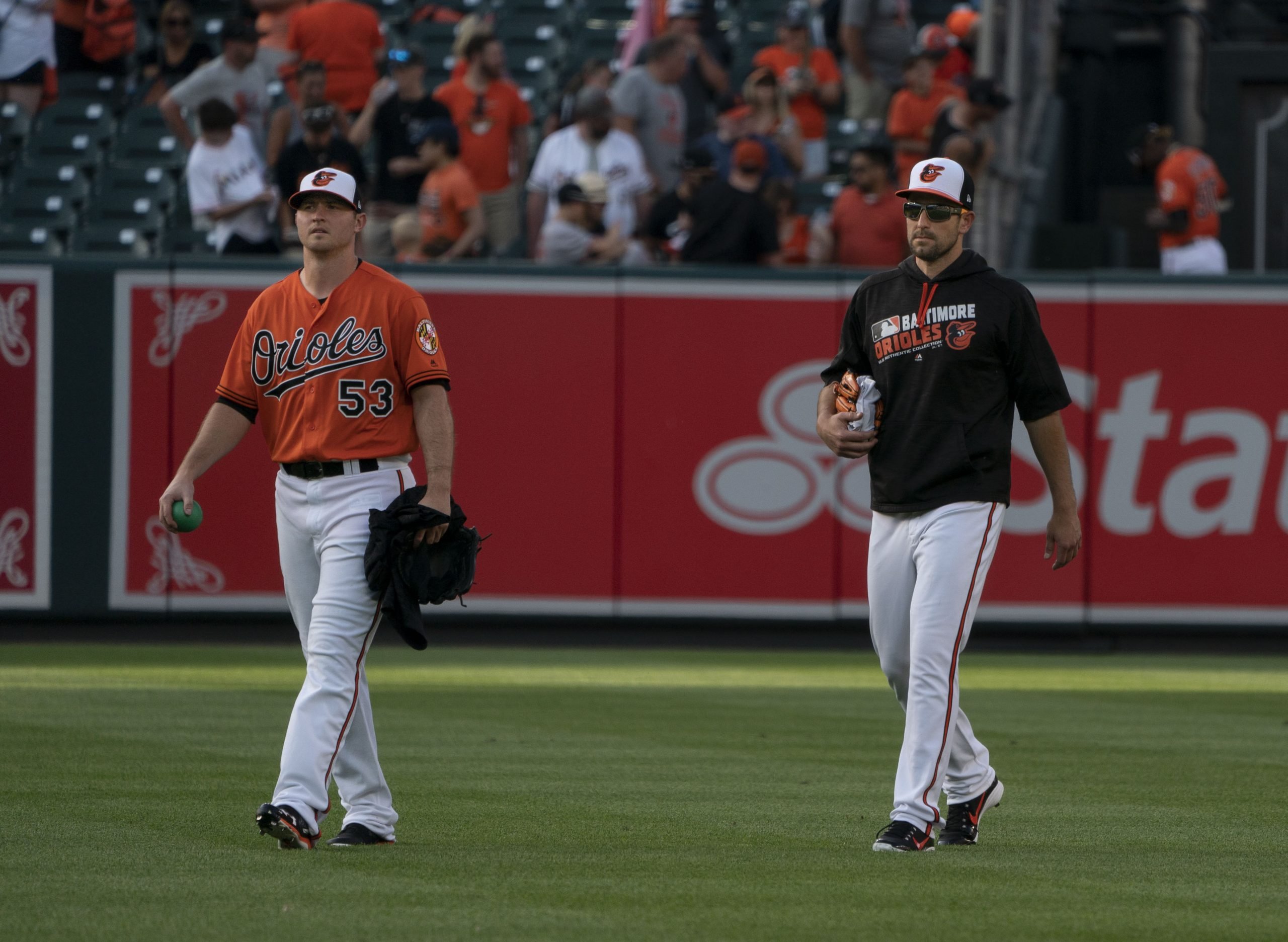 On Wednesday, the Yankees added relief pitcher Darren O’Day on 1 year / $2,450,000 contract (first reported by Lindsey Adler of The Athletic) The deal comes with a 2022 Player Option that contains a $700,000 buyout. If O’Day declines the player option, it becomes a $3.15 million club option. The luxury tax hit this season will be around $1,575,000, which helps the Yankees stay under the first tax threshold. They now have around $9 million left to play with for the remainder of the offseason.

This news come on the heels of the Yankees adding to their rotation with the acquisitions of Corey Kluber and Jameson Taillon. More notably, though, it comes after the Yankees were able to rid themselves of most of Adam Ottavino‘s final year of his original three-year contract, in which he is set to make $8 million. The Yankees will be paying roughly $850,000 on that final year of his deal now that Ottavino is in Boston.

O’Day has played his last two seasons with the Atlanta Braves. In 2020, he allowed just two earned runs in 16.1 innings of work with a career best K% of 32.8 and a 7.8 BB%. He was also tied for 11th in Average Exit Velocity amongst all pitchers last season with a minimum of 50 Plate Appearances (courtesy of Baseball Savant).

O’Day, much like Ottavino, is a righty specialist. He’s allowed righties to amass just a .549 OPS throughout his career. He does so with mainly a fastball/slider mix (which accounted for 89% of all of his pitches thrown last season). The other 11% came from his sinker. His sinker, though, is still more akin to a two-seam fastball. So his arsenal basically consists of a slider and a fastball. And for simplicity sake, we can break it down into a four-seamer and a two-seamer.

In this video, Baseball Savant classifies the pitch as a Sinker, but the velocity is practically the same as his four-seamer (around 85 MPH) but just has some two-seam movement.

His best pitch, nonetheless, is his Slider. In this video, you can see just how good it is, basically starting on the inner half to righties and ending up off the plate. Against righties, his slider boasted a .219 xWOBA and a 42.6% Whiff%. Against lefties he does not do well at all.  However the majority of situations in which O’Day will appear will come at the end of innings when the Yankees are in need of an out against a righty.

That is, of course, the role that Ottavino played last year and would have played this season for the Yankees.  So effectively what this signing has done is provide the Yankees with a cheaper Ottavino. They now have the flexibility to bring back Brett Gardner and make a move for another relief pitcher. In an off-season that left many Yankees fans anxious in the beginning when they hadn’t signed DJ LeMahieu, they’ve actually done a nice job to this point.

They bolstered their rotation significantly, brought back LeMahieu, and replaced Ottavino with a cheaper version of himself. And they aren’t finished. As mentioned, they have around $10 million to work with before they hit the first competitive balance tax threshold (CBT). Expect some more moves in the days to come.